A Picture of Redemption in Blood Diamond

Blood Diamond is a powerful and moving film. One scene in particular, I vividly remember. The backdrop is that an innocent young child, the apple of his father’s eye, was taken captive by warlords, and forced into labor to harvest diamonds. Like all forms of slavery and human trafficking, the goal is to break the captive’s identity and self-worth, and turn them (via drugs, forced labor, prostitution, etc.) into an entirely new person.

The theological parallels are striking. The film depicts the shattering of innocence as the child becomes an enslaved soldier and forced to do unspeakable things (including forced murder) separating himself both from his true identify and his father. The father, Solomon Vandy (played by Dijimon Hounsou), will not give up searching for his son, Dia Vandy, even to the point of death.

But is Dia, after all he’s seen and done, really Dia anymore? Can he even face his father? Will he blame his father? All culminates in the following scene:

A profound calling of redemption:

“You are Dia Vendy, of the proud Mende tribe.”

The father calling out his son’s true name both enrages and paralyzes his son, and he turns the gun on his father.

“You are a good boy who loves soccer and school. Your mother loves you so much. She waits by the fire making plantains, and red palm oil stew with your sister N’Yanda and the new baby. The cows wait for you. And Babu, the wild dog who minds no one but you.”

The father continuing to call out his son’s true nature and identity.

“I know they made you do bad things, but you are not a bad boy.”

“I am your father, who loves you, and you will come home with me and be my son again.”

You are redeemed and with me.

Innocence shattered, the problem of evil, redemption – some very deep theological themes. I’d highly recommend the film. As you can imagine, it’s very heavy viewing, and understandably so. Though the characters are fictional, the Sierre Leone Civil war was not. As with kidnapping, forced child labor, and human trafficking – all are very real horrors, which is why this film and scene cuts to the core.

The fact that slavery still exists in any form should be a deeply disturbing call to each of us.

In James 1:27, we are reminded that “religion that God our Father accepts as pure and faultless is this: to look after orphans and widows in their distress and keep keep oneself from being polluted by the world.” Moved by a spirit of grace and redemption, discipleship takes action. Even further, it is only through loving action that one is participating in discipleship. Stated later in James 2, faith without loving action (“deeds”) is dead. And the Greatest commandment: loving God with all our heart, mind, and soul and loving our neighbor as ourselves (Matthew 22:36-40), and specifically, by way of Matthew 25:40, “the least of these”.

For those who’s voices have been silenced by captivity, will you join me in the fight to end human slavery? 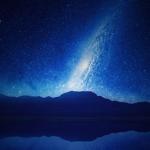 November 13, 2017
Jastrow on Science, Philosophy, and Theology
Next Post 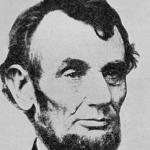