On Methodological and Metaphysical Naturalism

We’re all scientists and philosophers, to some degree. We’re also all naturalists, at least in methodology, to some degree, though these statements demand some important epistemological and metaphysical distinctions. By way of example, to return to a previous post on MLK Jr on science and religion, in his words:

“This had also led to a widespread belief that there is a conflict between science and religion. But this is not true. There may be a conflict between soft-minded religionists and tough-minded scientists, but not between science and religion. Their respective worlds are different and their methods are dissimilar. Science investigates; religion interprets. Science gives man knowledge that is power; religion gives man wisdom that is control. Science deals mainly with facts; religion deals mainly with values. The two are not rivals. They are complementary. Science keeps religion from sinking into the valley of crippling irrationalism and paralysing obscurantism. Religion prevents science from falling into the marsh of obsolete materialism and moral nihilism.” [1]

Implicitly, in this expression, lie some deep philosophical themes: the moral argument, Hume’s is/ought challenge, and the distinction of methodological and metaphysical naturalism. On this distinction, I’ve really appreciated philosopher Massimo Pigglucci’s perspective.  In his words:

“The crucial point here is that scientists are by definition methodological naturalists; however, they do not have any specific commitment to philosophical naturalism aside from their own metaphysical views. In other words, science does not necessarily demand atheism, as feared by the fundamentalists.”

For the “soft-minded religionists”, even the strictest of religious fundamentalists, when they throw a ball  in the air, they expect a common display of gravity without miraculous intervention. Here is a very simple example/expectation of methodological naturalism. The regularity of nature and natural laws, without divine intervention, are to be assumed; a basic, empirical, verifiable, and repeatable outcome. This is the very foundation of science and taken to be undeniable in this example. But somehow deeper scientific truths (say physics and cosmology, applied to the Age of the Universe, for example) are to be denied should they push on their interpretation of the Biblical text. I believe this is MLK Jr’s target with “soft-minded religionists” – scientific facts are empirically validated truths. To deny truth (of any kind) is to amount to his charge of irrationalism. Why deny physical facts?

It’s tempting, for materialists, to move to the opposite end and without caution reach scientism; that only scientific facts are meaningful, but that amounts to a different irrationalism (such a position is self-refuting as it’s not scientific, but philosophical). In parallel, same is the demand for God’s existence to be one of empirical inquiry. Methodological naturalism, the scientific enterprise, looks under the microscope. It doesn’t, by definition, comment on the ultimate nature of reality, as that does not fall within the scientific domain. There is scientific knowledge and philosophical knowledge. Metaphysical naturalism (and philosphical theism for that matter) must stand on metaphysical/philosophical reasoning, less they be question begging.

For the “tough minded scientists” that MLK Jr is describing, “science alone” carries its own irrationality. First, scientism itself is a philosophical position (a self-refuting one), and second, if one is to embrace there are only facts (and no values), one arrives at nihilism (also a philosophical position). And so the “hard minded scientists” must also bear pause – they must embrace nihilism or justify their own ethical framework. Either way, in doing so, they become philosophers.

“The idea is not, of course, that there is no connection between facts and values, but rather that such a connection is anything but automatic, and that it needs to be justified. So, for example, a scientist can be intellectually interested in pursuing fundamental research on the properties of human embryonic stem cells or of genetically engineered crops, without this implying that the very act of carrying out such research necessarily entails a certain ethical position…”

Now, let us consider the case of two truth seekers, both scientists, one religious, the other not so. Both look under the same microscope and agree on the same physical picture, but differ in terms of the metaphysical and ultimate nature of reality. And as truth seekers, they formulate their metaphysical positions philosophically. For the religious scientist, she loves the domain of physical facts, but she also philosophically embraces that Aristotelian view that there must be a Necessary Being of which all continent things depend, or else nothing would exist. Her colleague, also a scientist and truth seeker, embraces metaphysical naturalism, and finds matter alone the ultimation of reality. He happens to be an ethical naturalist and deeply ponders the big questions, the connection between facts and values.

These truth seekers escape the charge of MLK Jr’s irrationalsim, obscurantism, and nihilism. For MLK Jr, his philosophy ends in theism. For other truth seekers, their philosophy ends in naturalism. But we’re all scientists and philosophers. The question is, to what degree? The truth seeker seeks both physical and and metaphysical knowledge to their full ends. The domains are not in conflict, but different in nature. 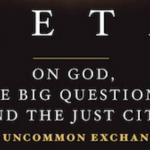 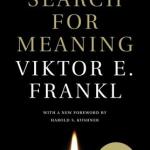 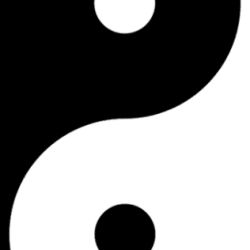 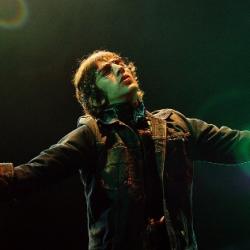 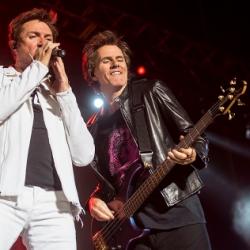