The to timeless question “Why is There Something Rather Than Nothing?”, one of the hallmarks of classical theism in the various expressions of the cosmological argument is the concept of metaphysical necessity, to Aristotle’s logic that there must be a First Cause (an UnMoved Mover or Uncaused Cause), or else nothing would exist.

In my recent discussion with Adam Lee and Massimo Pigliucci, Massimo challenged both Adam and myself on our respective positions (as a good philosopher should). Naturalists, with the arguments made above, I’ve typically seen reply in three ways;

[1] Denial that the question has any meaning (which is Adam’s position).

[2] The logic above is followed save the “and we call this God”. The UnCaused Cause, UnMoved Mover, or Necessity is a natural one (perhaps a Platonist solution, which makes for a curious naturalism) — Adam’s backup position when pushed by Massimo.

[3] The universe itself is a “brute fact” (a Humean causal skepticism is employed, where there is no need for a First Cause).

In many cases, some or all of these are put forward. Bertrand Russell, for example, in his famous debate with Frederick  Copleston, offered both [1] + [3]. Massimo put forward Hume’s skepticism on causality as a response to Aristotle and Aquinas – that we can have a sequence of events (that seem to have a necessary cause), but that “causes” are just human creations. If this is the case, perhaps the universe is a “brute fact”, not only a fair counter to Aristotle and Aquinas. Or, perhaps metaphysical necessity is granted, we just don’t call it “God”?

Whatever the maneuver one may take, as I maintained with Massimo in our discussion, I feel Hume’s skepticism plays the role of a fair devil’s advocate, but we’d be pretty bad scientists (not to mention moralists) if we truly followed his logic and skepticism on causality (and morality). The principle of causality is the bedrock of science. We may be wrong about certain causes, but that is a far cry from concluding they’re all just human creations. The argument for an UnCaused Cause, UnMoved Mover, or metaphysical Necessity is derived from our best knowledge (empirical, philosophical, and common sense) of contingent reality or else an infinite regress of contingent causes.

Certainly, one could claim the principle of causality is false (good luck with that one) or is true for everything except the universe/multiverse (a “brute fact”, biting the bullet on an infinite regress) or is true (either “God” or some natural source that qualifies as an UnCaused Cause or UnMoved Mover). Either way, the concept of metaphysical Necessity, I argue, must at least be dealt with thoroughly by theists and naturalists. 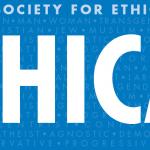 May 20, 2018
Ethical Society of NY Discussion with Adam and Massimo Pigliucci
Next Post 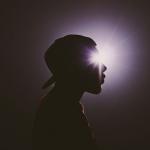 July 5, 2018 Newberg on the Neuroscience of Spirituality
Recent Comments
0 | Leave a Comment
Browse Our Archives
Follow Us!