The Ethic of Enemy Love (Part 1)

In Luke’s gospel we read:

“But to you who are listening, I say: Love your enemies, do good to those who hate you, bless those who curse you, and pray for those who mistreat you.” (Luke 6:27)

Jesus’ “love your enemy” ethic is one of his most challenging teachings. Along with his economic teachings for the wealthy elites, it remains the dealbreaker for many who initially desire to follow him.

At the heart of Jesus’ ethical teaching about God, ourselves, and others was the principle of loving your enemies. It was as if Jesus were saying, “I know you’ve been taught to love your neighbor. Now I’m going to teach you how to love your enemies.”

This teaching of Jesus has never proven to be popular. In the gospels, many of the rich (outside of those labeled publicans or tax-collectors) could not love the poor, and the poor could not love their oppressors. We have enough evidence to say that it was the poor people’s revolt in Judea during the latter half of the 1st Century that led to the Roman-Jewish war, the razing of Jerusalem and the Temple in 70 C.E., and the almost total genocide of the Jewish people in 132-136 C.E. (the Bar Kokhba revolt).

The picture we get of Jesus in Matthew, Mark, Luke, and John is that of an itinerant teacher who had enough wisdom to see where his contemporaries’ exploitation and anger/despair would lead them. (Oh, that those who carry the name of Christian could do the same today!) The gospels were written between the Jewish Revolt of the 60s and the destruction of the 130s by Jesus-followers trying to make sense of the devastation that had taken place in Jerusalem. It makes sense that they would write of a death at Rome’s hands and a resurrection that led to a distributively just world where peace reigns in the end.

They characterize Jesus as gathering whoever will join him in a revolutionary, alternative way of living and structuring life. In the gospels, Jesus’ social vision is referred to as “the Kingdom of God,” a phrase that would have resonated deeply in the culture of the gospels’ original audience. This kingdom was not a world someplace out in the heavens that one had to die to reach. Jesus taught that another world was possible, here and now, if we would choose it. Jesus’ teachings were about our communal lives. They radically rearranged how human beings arrange their society, and they involved change by those in positions of power and privilege who were responsible for the systemic injustice they were benefiting from. They also involved some form of love from those who had been deeply hurt by those same people and systems, toward the very ones they were confronting in their calls for change.

I want to be careful with this ethic of enemy love. First, this ethic does not mean that we should expect reconciliation without change or reparations from our enemies.

I’m reminded of Jacquelyn Grant’s words in her classic work, White Women’s Christ and Black Women’s Jesus. In this book, she speaks of the partnership that White women expected from Black women in work that would benefit women of privilege when White women had not engaged the same kind of partnership or involvement in the causes of women disenfranchised much more.

“From a Black women’s vantage point then, the language of partnership is merely a rewording of the language of reconciliation, which proves empty rhetoric unless it is preceded by liberation.” (p. 191)

I don’t believe Jesus taught reconciliation without liberation and reparations. Reconciliation follows liberation, reparation, and systemic change. To expect the victims of violence to reconcile with their oppressors in the midst of ongoing oppression, even when the injustice is systemic, is in itself violent.

Luke’s Jesus, who taught enemy love, also taught reparations by those who were considered to be “the enemy.” Consider these words in Luke’s gospel by Zacchaeus:

But Zacchaeus stood up and said to the Lord, “Look, Lord! Here and now I give half of my possessions to the poor, and if I have cheated anybody out of anything, I will pay back four times the amount.” (Luke 19:8)

Here Zacchaeus is becoming a follower of Jesus. As a person who would have been considered an enemy of the poor by those he had exploited, becoming a Jesus follower meant reparations toward those he had cheated and to the poor in general. This is telling in regards to what Zacchaeus felt Jesus’ teachings expected of him.

In the face of Zacchaeus’ model, we must be suspicious of theologies of reconciliation that promote either Christian or civil unity at the price of ignoring injustice both past and present.

Holding on to Our Enemy’s Humanity

So what does enemy-love mean?

For me, it is best expressed by Barbara Deming in her book Revolution and Equilibrium. After stating that the practitioner of nonviolent resistance obstructs an enemy’s actions, refusing to “honor the role” that enemy chooses, she then quickly adds that we also say to them:

“‘I won’t let go of you or cast you out of the human race. I have faith that you can make a better choice than you are making now, and I’ll be here when you are ready. Like it or not, we are part of one another.’” (p. 224)

Consider the prayer Luke’s gospel places on the lips of Jesus in his closing moments on the cross:

I understand there are debates over whether this prayer was genuinely original to Jesus. Even so, I don’t want us to miss the narrative purpose it serves in Luke’s Jesus story.

The cross was the social elites’ violent “no” to God’s just future. The resurrection was God’s nonviolent response, enabling and empowering the hope of that just future to live on. Jesus’ community were to hold on to a vision of the future where enemies are not destroyed so we can get on with paradise, but rather where enemies are transformed and learn to evolve into better humans.

Seeking to shape the world according to distributive justice while choosing to hold the ethic of enemy love is entirely revolutionary. It is a radical break from our deepest instincts. It goes against what we’ve been taught is the way to survive. It calls us to go against how we have been indoctrinated and the narratives we have been handed.

Today, Jesus’ hope for a just future still extends an ongoing invitation. To follow Jesus on this point is most likely the most revolutionary thing a human being can do, not only to change our world but also to do so such that the inhabitants of our world are changed. Jesus offers a vision for a world where distributive justice, love, and compassion reign “on earth” as they do “in heaven.” (Matthew 6:10)

We are too skilled at taming revolutions and making them conventional; too skilled at turning things like the Sermon on the Mount and the teachings of enemy love into complicity with society as we have known it. What if the ethic of enemy love and the energy we spend working toward survival, resistance, liberation, reparation, and transformation don’t inspire us to accept the injustice of our enemies, but instead inspire hope for genuine, lasting change?

For the next seven days, I want you to engage in a practice that will help you move toward this ethic. Each day, take a few minutes, once a day, to stop and think of the person on this planet you like the least. Then repeat these words as if you are speaking directly to them:

“What you have done or are doing is not right. I refuse to accept your actions. At the same time, I won’t let go of you or cast you out of the human race. I have faith that you can make better choices than you are making now, and I’ll be here when you choose to do so. Like it or not, we are part of one another.”

Then find someone to share what you experienced through these seven days.

If you’re willing, I’d like to hear your stories too. Drop us a line here.

January 22, 2020
Taking Up One's Cross and the Myth of Redemptive Suffering
Next Post

January 27, 2020 The Kind of Resurrection I Want No Part Of
Browse Our Archives
Follow Us! 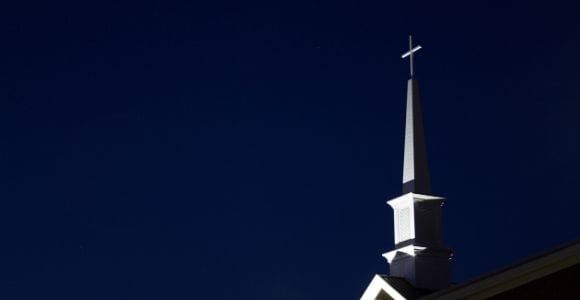 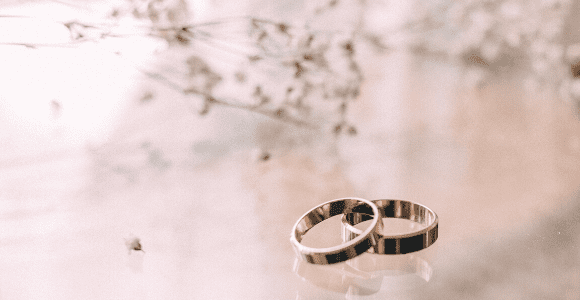 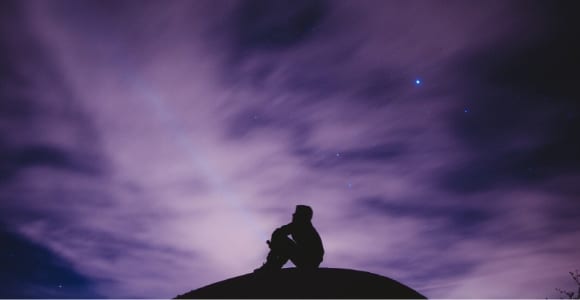 A Lesson from Transfiguration Sunday: Stop, Look, and...
Today is the last Sunday before Lent, a Sunday which, in the...
view all Progressive Christian blogs
Copyright 2008-2020, Patheos. All rights reserved.