The Kind of Resurrection I Want No Part Of

In Matthew’s gospel we read these solemn words:

If you haven’t read Taking Up One’s Cross and the Myth of Redemptive Suffering, I strongly recommend it as a foundation for understanding the above passage. If these words are not understood in their context they could easily be interpreted as Jesus teaching the oppressed a message of self-sacrifice rather than self-affirmation and self-reclamation.

As I shared in Taking Up One’s Cross and the Myth of Redemptive Suffering, I don’t believe in the myth of redemptive suffering. Our hope is not in sacrificing our selves, but rather in learning how to reclaim our selves, to regain our own humanity, and to stand in solidarity with those who are doing the same. In a world where people’s selves are already being sacrificed by those who dominate, subjugate, and marginalize, I don’t believe Jesus offered a message of further self-sacrifice; I believe he offered a way for the oppressed to take hold of life in the face of the longest odds. In this world, where people’s existence is threatened or even denied, Audre Lorde reminds us that, “Caring for myself is not self-indulgence, it is self-preservation, and that is an act of political warfare.”

So what other than self-sacrifice could Jesus have meant when he spoke of losing one’s life and finding one’s life?

Remember, when the status quo is confronted, challenged, and threatened, those who have the most to lose to change will threaten some form of a “cross” as an attempt to silence those calling for change.

As we discussed in Taking Up One’s Cross and the Myth of Redemptive Suffering, that cross is not intrinsic to following Jesus. It only comes into the picture when those in power and places of privilege use the threat of violence to quiet those they’ve repressed. Only at this point do these words of Jesus become a source of life for the oppressed. The question Jesus is asking is not “Are you willing to suffer,” but “do you desire to fully live?” Will you continue to thrive, even in the face of threats, or will you accept things as they are, reluctantly but without protest letting go of your hold on life? Remaining alive but silent is actually death, and refusing to let go of your hold on life, even when threatened with death, is life.

Last week during our celebration of Dr. King’s memory, I was reminded of these words by Dr. King.  On March 8, 1965, the day after Bloody Sunday, Dr. King thundered from the pulpit:

It is in this context that this week’s saying is not one of self-sacrifice, but self-affirmation in the face of threat.

“The one who finds one’s life” is the one preserving their life by remaining silent in response to injustice. Finding one’s life this way is a way of actually losing it. You may keep breathing, but you are in reality dead. But in being willing to lose one’s life, if need be, to stand up for justice, one is not letting go of life, but “finding it.”

That thought reminds me of three quotations.

The first quotation comes from Freire, who estimated the oppressors’ inability to use oppression to liberate. He argues that oppressive power is intrinsically antithetical to liberation:

“The oppressors, who oppress, exploit, and rape by virtue of their power, cannot find in this power the strength to liberate either the oppressed or themselves. Only power that springs from the weakness of the oppressed will be sufficiently strong to free both.” (in Pedagogy of the Oppressed: 30th Anniversary Edition, Kindle Locations 539-541)

In hierarchal power structures, the same tools used by those at the top to dominate and subjugate cannot be used to liberate.

The second quotation is from a speech Frederick Douglass gave in 1857 that has since been titled “If There Is No Struggle, There Is No Progress”:

“Those who profess to favor freedom and yet deprecate agitation are men who want crops without plowing up the ground; they want rain without thunder and lightning. They want the ocean without the awful roar of its many waters. This struggle may be a moral one, or it may be a physical one, and it may be both moral and physical, but it must be a struggle. Power concedes nothing without a demand. It never did and it never will. Find out just what any people will quietly submit to and you have found out the exact measure of injustice and wrong which will be imposed upon them, and these will continue till they are resisted with either words or blows, or with both. The limits of tyrants are prescribed by the endurance of those whom they oppress. In the light of these ideas, Negroes will be hunted at the North and held and flogged at the South so long as they submit to those devilish outrages and make no resistance, either moral or physical. Men may not get all they pay for in this world, but they must certainly pay for all they get. If we ever get free from the oppressions and wrongs heaped upon us, we must pay for their removal. We must do this by labor, by suffering, by sacrifice, and if needs be, by our lives and the lives of others.”

According to Douglass, then, change comes from the bottom up.

Lastly are the words of James H. Cone:

“There will be no change from the system of injustice if we have to depend upon the people who control it and believe that the present order of injustice is the best of all possible societies. It will be changed by the victims whose participation in the present system is against their will.” (God of the Oppressed, p. 202)

Christianity must also face this choice, especially evangelical Christianity. Evangelicals’ support of the American establishment is nothing new: Christianity has a long history of being used to legitimize established orders. While enslaved Black people used Christianity as a means to survive and resist, many White people used Christianity to legitimize slavery and resist abolitionism. Today, too, many use Christianity to legitimize their homophobia and transphobia, their patriarchy and misogyny. I attended a conference this past month where many of the speakers voiced concerns for the future of Christianity and what can be done to keep it alive. Some said, “Let it die. Resurrection can only follow death.” But though this sound bite sounds right, it’s ill-founded. Jesus didn’t die because he was a bigot, standing in solidarity with oppressors and justifying the domination of the vulnerable. He died because he stood in solidarity with the vulnerable against the status quo.

I’m not saying Christianity is doomed. I’m saying that we have to stop caring whether we survive and choose instead of the all-consuming preoccupation of standing with the vulnerable, alongside them and engaging the work of their liberation. If Christianity ceases to exist doing that work, then maybe there will be a resurrection for it. But a resurrection from any other type of institutional “death” is not a resurrection I’m interested in.

A resurrection that doesn’t follow standing with those on the undersides and edges of society isn’t authentic resurrection as defined by the Jesus story. If Christianity does not discover how to stand with women, people of color, immigrants, and gay, lesbian, bisexual, transgender, and gender-nonconforming people, it’s not a Christianity I want to be a part of. I’d rather follow Jesus and stand with the oppressed (Luke 4:18) than find a way for Christianity to continue in the old order.

In the Jewish prophetic, justice tradition, we find this ancient call to the Hebrew people:

“Then you will call, and the LORD will answer; you will cry for help, and he will say: Here am I. If you do away with the yoke of oppression, with the pointing finger and malicious talk, and if you spend yourselves in behalf of the hungry and satisfy the needs of the oppressed, then your light will rise in the darkness, and your night will become like the noonday. The LORD will guide you always; he will satisfy your needs in a sun-scorched land and will strengthen your frame. You will be like a well-watered garden, like a spring whose waters never fail. Your people will rebuild the ancient ruins and will raise up the age-old foundations; you will be called Repairer of Broken Walls, Restorer of Streets with Dwellings.” (Isaiah 58:9-12)

Maybe we, too, might hear this call to do away with systems that oppress the vulnerable and live in solidarity with the liberation of the oppressed.

January 29, 2020 Trump, White Christianity and the Parable of Insipid Salt
Browse Our Archives
Follow Us!

Five Ways To Be The Church...
Irreverin
Related posts from Social Jesus 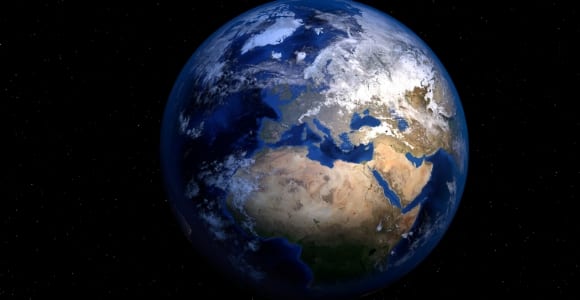 Nobody's gonna slow me down
Here is your open thread for March 31, 2020. Talk amongst yourselves.
view all Progressive Christian blogs
Copyright 2008-2020, Patheos. All rights reserved.