10 Things You Should Know About Generation Z

10 Things You Should Know About Generation Z February 11, 2019 Sarah Hamaker 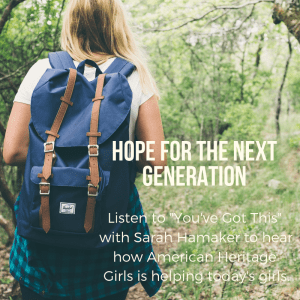 The following is an excerpt from my interview with Patti Garibay on my podcast, “You’ve Got This.”

Patti Garibay is the founder and executive director of the national character development organization, American Heritage Girls (AHG). Over her tenure with American Heritage Girls, she has been featured in hundreds of nationally recognized media outlets, including Fox News, In the Market with Janet Parshall, Family Life Today, Up for Debate, Axis’ Parenting Teen Summit, FamilyLife Radio, TIME Magazine, and The New York Times.

How does American Heritage Girls give girls hope in today’s highly pressurized society?

Patti: The AHG girls who write me gives me hope for this upcoming generation of young women. Let me share some of their stories. Megan, a senior in high school from Texas writes this: “I have so many friends now that I cannot believe that I used to be lonely. I always had someone to talk to about the daily problems of being a teenager. In my time in AHG, my relationship with God has grown tremendously. I used to rarely pray because I wasn’t sure about the benefits of prayer, but now, I realize that prayer is the best gift that God gave us and that he wants us to have a conversation with us. I also learned that, through God, everything’s possible. AHG gave me the opportunity to gain confidence through leadership positions and to grow in my relationship with God.”

I think that lonely feeling is so common in today’s girls. You know, we’re “connected more than ever,” quote unquote, but our relationships are some thinner than ever. Our relationship with God helps us to want to reach out to others and to form deep relationships.

Here’s another quick story from Caitlin, a senior in high school from Missouri: “I have been in AHG since I was in first grade. It is my backbone and I have found my love for service and leadership skills through this organization. God has developed those gifts through AHG and I believe he plans for me to use them in amazing ways in the future.”

These girls have hope, and that’s what we want for each and every one of our daughters.

We hear a lot about Generation Z. What are some things we should know about today’s tweens and teens?

Patti: AHG studies Gen Z through a multitude of places, and here are some of the things we’ve learned. 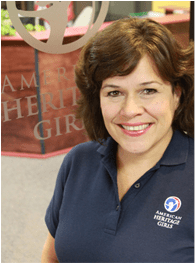 Although many of these 10 things sound very scary, there’s great opportunity and I think programs like American Heritage Girls can really be an antidote and help to these girls.

To hear more about how American Heritage Girls are guiding today’s girls into tomorrow’s leaders, listen to “Hope for the Next Generation” on the “You’ve Got This” podcast. 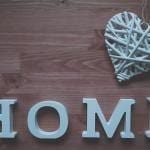 February 8, 2019
Love the Heart Of Your Difficult Child
Next Post 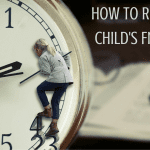 February 15, 2019 How to Ruin Your Child’s Free Time (In Five Easy Steps)
Recent Comments
0 | Leave a Comment
Browse Our Archives
get the latest from
Family
Sign up for our newsletter
POPULAR AT PATHEOS Family
1

40 Things to do Before You're...
Dave Willis
Books by This Author Books by Sarah Hamaker 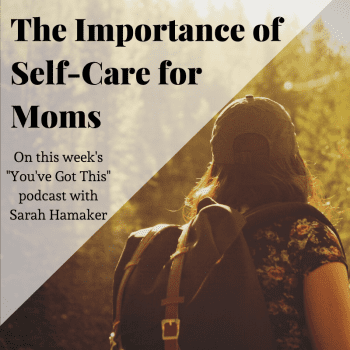 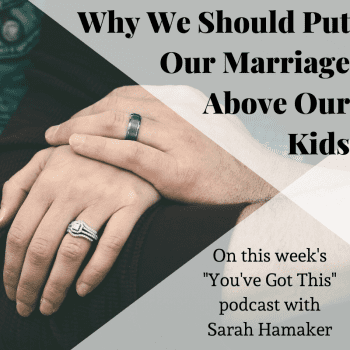 Family
Putting Your Marriage First is Good for Your...
Some Assembly Required
TRENDING AT PATHEOS Family