Sanity About the Spirit: Not in 1 Corinthians! 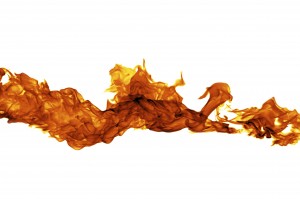 Confusion. That’s what we get in the contemporary church when it comes to the Holy Spirit. You’ve got the Pentecostals, of course, who make great hay of the Spirit. But they differ dramatically from one another. The Assembly of God, for instance, sees speaking in tongues as clear evidence of baptism in the Holy Spirit. Not all Pentecostal churches are so strident, and some are even more strident. The Vineyard, a movement I deeply appreciate, is more lax about speaking in tongues because it sees the work of the Spirit in prophetic words and therapeutic acts, such as the healing of memories. The Catholic Church and many liturgical churches tie the presence of the Spirit closely to the sacraments, such as baptism–though there are plenty of charismatic Catholics who speak in tongues, too. Then there are the mainline Protestant churches, such as us United Methodists. I’m not sure where we fall on the spectrum of beliefs. I suppose that depends upon how many of us have embraced the charismatic movement, which reflects the influence of Pentecostalism, which in turn leads us back to …

Disarray. We’re back to confusion and disarray.

Not all of this disarray is our fault, however. The Bible isn’t terribly clear about the Holy Spirit either. There seems to have been a hunk of diversity in the ancient world about the Spirit and spiritual gifts. So where do we look for sanity about the Spirit?

I suppose if we could claim to identify a New Testament manifesto, it would be 1 Corinthians, with nearly forty references to pneuma (spirit), plus a dozen to pneumatikos (spiritual). But we can’t make that claim. Though it may be our best bet for clarity and sanity about the Holy Spirit in the Bible, we won’t find a manifesto in 1 Corinthians. This letter is triage, pure and simple. It doesn’t reflect the skilled hand of the surgeon. Paul is preoccupied with stanching the bleeding of believers.

It is no surprise that the letter is unguarded, dripping with sarcasm and rife with expressions of dismay and disappointment at the state of the church. According to the book of Acts, Paul had spent eighteen months in Corinth, “teaching the word of God amon

g them” (Acts 18:11), including weekly fractious arguments in the synagogue. The result was stupendous: the synagogue official, Crispus, believed, and “many of the Corinthians who heard Paul became believers and were baptized” (Acts 18:8). Only after “staying there a considerable time” did Paul leave (Acts 18:18). Add to this that Paul stayed in the house of no less able souls than Priscilla and Aquila, two of the early church’s renowned teachers (Acts 18:1-3). For more than eighteen months—Aquila and Priscilla lived in Corinth so preceded Paul there—the Corinthians had this extraordinary couple all to themselves.

Clearly, faith in the church at Corinth had unraveled dramatically by the time Paul wrote 1 Corinthians. When Paul talks about the Spirit, therefore, he is no relaxed saint, sitting serenely under a chestnut tree, imparting insight to attentive, devoted disciples. He writes instead to a church in which believers become, as he calls them, arrogant—mutinous might be a better word—in his absence. Disarray and dysfunction, not devotion and dependability, prompt Paul to write, even about the Spirit.

Paul’s first letter to the Corinthians doesn’t contain, then, what we hope it promises: a durable, balanced presentation of the Holy Spirit. When we close the book on the letter, we see that Paul may have stanched the bleeding—the peaceable tenor of 2 Corinthians tells us that Paul’s letter may have done the trick, plus the church at Corinth was considerably stronger and more stable a generation later, when Clement, bishop of Rome, wrote a letter to them—but we still see the stitches, sewn hastily to save the body and perhaps the soul of the church.

September 9, 2015 Does It Matter If You're Right?
Recent Comments
0 | Leave a Comment
""
Bret Tanguay The Detritus of Dreams
"Praise God from whom ALL blessings flow..!! Praise Him all people here below..!! Praise His ..."
wsurfs . Pentecost for the Rest of Us
"my dad went to that university when it was still a college"
Brandon Roberts Seattle Pacific University as Our Place ..."
"sad that this stuff keeps happening"
Brandon Roberts After the Shooting at SPU: Consolation, ..."
Browse Our Archives
Related posts from spiritchatter