The Summer of ’17: Jacob’s Ladder and Esau’s Tragedy

Every year, without fail, we sang the chorus Jacob’s Ladder at church camp. Sung by a hundred Long Island high schoolers, it was interminable. (It never sounded like this. Wow!) We certainly had no idea this was a Negro Spiritual with a history that stretched back 150 years or so.

So we sang it. We sang the life out of it.

Soldiers of the cross.

We sang the next verse.

Soldiers of the cross.

And the next, which began, “Sinner, do you love my Jesus?” You can figure out by now how it continued.

We ended with the last stanza, which was a little more rousing because it had a dollop of guilt loaded onto it:

If you love him, why not serve him?

The problem is not the song (though the way we sang it was a problem) but that it’s often all we know about the story of Jacob’s ladder, in Genesis 28:10-19, this week’s lectionary text.

The story is so much bigger, better. Another stunner in a long line of stunners in the book of Genesis.

I am the Lord, the God of Abraham your father and the God of Isaac; the land on which you lie I will give to you and to your offspring; and your offspring shall be like the dust of the earth, and you shall spread abroad to the west and to the east and to the north and to the south; and all the families of the earth shall be blessed in you and in your offspring. Know that I am with you and will keep you wherever you go, and will bring you back to this land; for I will not leave you until I have done what I have promised you.

This promise, in one form or another, pops up at various places in the book of Genesis, just in case we thought that God, who is otherwise pretty invisible—there are very few thunderbolts thrown—had backed out of the human drama. (Who could blame God for that?!) It’s like the Cascade Mountains after a takeoff from Seattle; peeking through the clouds, you see Mount Baker, Mount Rainer, Mount Hood, Mount Saint Helens, and Mount Adams. They pop through the clouds, a line of them, the way these promises punctuate the human drama in Genesis.

In this story, the cushion for the promise is a dream: a ladder between earth and heaven. What’s so important about this dream? I’ve got five things for you to think about.

For a bunch of mostly white, teenaged Long Islanders, the chorus, Jacob’s Ladder, was boring. Atonal, too. But its real problem is that it’s all many of us know about the real story and what comes before and after it. Not any more. Read this week’s lectionary—the whole of Genesis 28—and listen to this podcast to discover some other things you’ve missed in this profound story of how you can meet God.

The podcast is available at the website of St. Paul’s United Methodist Church, Houston. 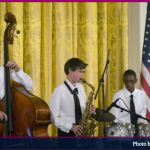 August 18, 2017 Beneath the Headlines: Another Presidential Committee Ups and Quits
Recent Comments
0 | Leave a Comment
"Praise God from whom ALL blessings flow..!! Praise Him all people here below..!! Praise His ..."
wsurfs . Pentecost for the Rest of Us
"my dad went to that university when it was still a college"
Brandon Roberts Seattle Pacific University as Our Place ..."
"sad that this stuff keeps happening"
Brandon Roberts After the Shooting at SPU: Consolation, ..."
"nice"
Brandon Roberts Can o’ Corn! A Simple Practice ..."
Browse Our Archives
Related posts from spiritchatter 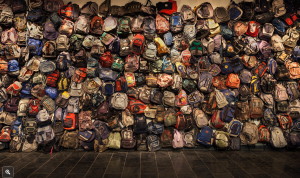