My son had two days off from work, so we headed to the Texas Hill Country. En route, we stopped at a shooting range. Yes, you heard me right.

We’d only visited a shooting range once—in Seattle, with our friend from church. Bob brought his own pistols and rifles, and we spent some time learning to shoot.

We walked in, waited a bit in line, looking at this strange species of human: the gun-toting Texan. The tall man at the desk, which had about thirty pistols in a glass case, was both affable and dead serious, all at once. We told him we’d just moved to Dallas from Seattle in August. So he said, “Well, the first thing you need to do is find a church.”

After a serious, short lesson in handling guns, we put on our safety goggles, ear gear, and went to the indoor range. The safety officer was an equally affable retiree, who lives in Sun City with his wife; both carry pistols with them wherever they go. He told me that he’s not allowed to drink a single beer while carrying.

We were in lane three. In lane two stood, hunched, a short, young woman who shot all sorts of targets. They told us she will shoot 1,000 rounds at a pop. She barely lifted her head. In lane four stood a young man with a Confederate flag belt buckle and a knife; he discharged a shotgun.

The whole time I was there, I thought about an advent statement on gun violence and non-violence a dear friend sent to me last week. (I didn’t do much shooting; I left that to my nineteen-year-old son.) I thought that I could not post this statement without heading, full on, into America’s gun culture culture. Where better than Texas?

Now on to the document that lies at the heart of this post–a straightforward condemnation of gun violence, particularly in self-defense.

Despite the forcefulness of this statement, I have a few misgivings (though not enough to keep me from posting it).

So why post this statement? Because it’s a good document. It is honest. It takes Jesus seriously. It is a steady voice in a shrill debate amidst fearmongering leadership, like the president of Liberty University. In light of that sort of stupidity, this document is worth reading, if not signing. So I am posting it with the hope that you will read it, post it yourself, tweet it, put it on Facebook—and, if you feel inclined, sign it. The point is not that you have to agree with this document. Yet we owe it to church and society to enter a statement such as this into the debate. That is all I am asking of you. 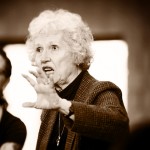