A Moment Of Truth In The Eighth Street Bookshop

A Moment Of Truth In The Eighth Street Bookshop April 18, 2016 Robert Atkinson 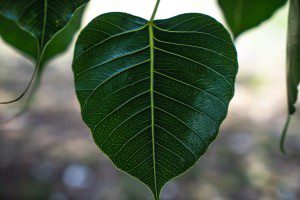 I was already in the midst of a pretty remarkable spiritual adventure, which later became the basis for my memoir, Remembering 1969: Searching for the Eternal in Changing Times, when I found myself wandering in New York City one special winter’s evening.

I was walking down 8th Street in Greenwich Village when I stopped to look in a bookstore window. It was a book on mythology that caught my eye. I walked into the store to find the book.

I picked it off the shelf and began to read through it. Before I got totally absorbed in it, I looked up at the bulletin board near me.

Glancing around at the flyers there, one in particular captured my gaze. It was a poster announcing a talk given by Joseph Campbell, whose book I clutched warmly in my hands.

The talk was that same night. It was at Cooper Union, a few blocks away. Looking at the clock, I saw that I had just enough time to make it over there.

I didn’t even stop to think what I was going to do. I knew somehow, instinctively, that I needed to get there for his talk that evening. I bought the book and walked over to the Great Hall at Cooper Union. It was spontaneous, without any deliberation. I realized later that this was another moment of truth for me.

I chose a second row seat, front and center. As I sat there intently waiting, I didn’t even notice it, but the huge hall filled up all around me.

As soon as Joseph Campbell began to speak about how the seemingly external mythological journey of the hero paralleled the inner journey of the psyche, it felt like he was speaking directly to me, like I was the only one in the room.

He described a pattern of transformation shared by both mythology and psychology, an ageless pattern essentially made up of birth, death, and renewal, or what I later came to understand as beginning, muddle, and resolution. I was just becoming familiar with this pattern, then in the “muddle” phase of my own journey, with no idea yet of where the resolution might lead me.

Everything he said was making complete sense to me, because it seemed like my own experiences confirmed what he was describing. By putting my own recent experiences into the context of universal motifs and archetypes that make up the mythological process of renewal, he gave a sacred dimension to the newly discovered themes of my life.

He described two forms of this pattern: the mythic, often viewed as an external journey of leaving the familiar behind, venturing into the unknown, encountering and eventually overcoming formidable forces, and returning with new powers to assist others; and, the psychological, a primarily inner journey of breaking away from social constrictions, a deep retreat inward, a chaotic series of encounters and very challenging experiences, through which one finds a harmonizing center, new courage, and a return to a new life. This talk was later published as one of a series of essays in Myths To Live By with other talks given at Cooper Union.

He laid it out clearly for me: I was actually living an ancient formula of “separation, initiation, and return” in my own life, right then and there, in that Great Hall. And he had become my much-needed guide in helping me recognize what would have otherwise been a mystery to me.

Without going into the details of my own experiences that mirrored this universal pattern, because that’s what makes up most of my memoir, what is important here is that I did recognize the significance of that “moment of truth” in the bookstore and acted upon it.

After his talk, which would change my life forever, I waited for everyone else to have their turn and then went up to introduce myself to Joseph Campbell. I told him how important what he had to say was to me. He responded very warmly and showed a sincere interest in me. We kept in touch for a number of years, and I visited him in his Greenwich Village home a couple of times. He became a mentor to me, showing concern and providing guidance during my young adult years.

A moment of truth is being in the moment so much that it is allowed to have the transforming impact it was meant to. Seeing that poster in the bookstore, and acting upon what I saw, broke me out of my daily existence and transported me to another realm. This one moment became one I will never forget for the rest of my life.

Something told me that’s where I should be at that time. I didn’t know yet exactly what was coming for me, but that split second decision enabled a series of serendipitous experiences to continue onward to its fulfillment. That archetypal moment gave me a feeling of being connected to something much greater than myself, of being in harmony with all of life, and even its Creator.

Our task is to become conscious of such moments before they disappear from our awareness. I like to think of this as a special type of openness, of being open to a mythic, sacred life that unfolds mysteriously but nevertheless carries us along to where we are meant to go. 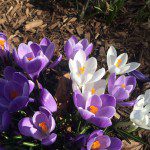 April 16, 2016
Poltergeists, Pranksters and Passersby - or Spirit Guides and Angels: It's Your Choice!
Next Post 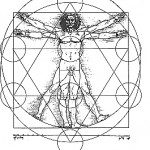 April 20, 2016 Circle-Making: The “Cosmic Circles” of Personal Growth
Browse Our Archives
get the latest from
Spirituality Itself
Sign up for our newsletter
POPULAR AT PATHEOS New Visions
1 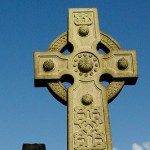 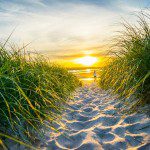 New Visions
The Force Is Within Us And All Around...
Spirituality Itself