We all know people who come across as “heady” or nerdy—in fact, to be honest, I’ve been told that I am one of them. These are folks whose intellectual development has proceeded faster than their physical, emotional, moral, or spiritual attainment. Such people—as I have discovered through my own life experience—can lead difficult lives, sometimes falling into thorny problems because of their tendency to over-think or “complexify” in situations that instead require simple choices based on trusting the feelings of their heart or the intuitions of their gut.

Of course, this is just one way you and I can get out of balance.

For example, we sometimes come across people of obvious high spiritual attainment who lack the ability to “get things done” or are unable to influence others—who are perhaps saintly and very loving but are lacking in important skills and necessary life experiences. My mother, bless her soul, was one of them, since she was part of that generation of pre-feminist women who remained homebound as a housewife.

Or, perhaps you know hyper-religious folks who tend toward fanaticism. They are prone to simplistic interpretations of their spiritual impulses and beliefs. These single-minded people can get downright reckless, becoming true believers who get tied up in cultish activities that isolate them from the normal, grounding activities of ordinary life or who lack contact with a wider realm of perspectives on their pet ideas.

And, then there are the “normal” people. Our daily lives are populated by such “grounded” and secular types, who are just out there to achieve their narrow goals, make money, and have pleasurable experiences. They can get worldly things accomplished, such as paying their mortgage on time, but they tend to minimize their involvement with exciting new ideas or higher ideals and they never attempt to engage in heroic or self-transcending activities.

But common sense tells us that, to be self-realized, to become “enlightened,” we must become well-rounded. We must not let any one talent or attribute (or negative trait) grow wildly out ahead of any others. We must not become overly specialized in our goals and achievements. To be sane, happy, and spiritually successful in the broadest sense, we need to grow all of our God-given abilities in a balanced way. In each of these cases cited above, we are looking at examples of vario 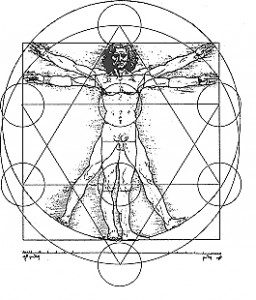 us types who lack in balanced growth toward self-realization.

Achieving such self-realization, says The Urantia Book (UB), is a question of “cosmic circles” attainment. I like to call it “circle-making.” The concept of circles in this sense stands for a framework that is more inclusive and more encompassing than “levels of consciousness.” These stages of growth are called “cosmic circles” because they refer to the entirety of human selfhood, the innate, God-given, or cosmic endowments of the self. We may also say, with Carl Jung, that these circles refer to levels of individuation—the harmonious growth of all the powers of the self.

We are told in the UB that, during our lifetime, we progress through a series of seven such circles or cosmic levels as we spiral toward maturity of cosmic attainment. The revelators, as we call them (i.e., the authors of the Urantia text), designate this process with various coined phrases, including psychic circles of cosmic growth, circles of planetary progression, levels of cosmic evolution, or circles of human achievement.

Our indwelling spirit is a special partner in this grand endeavor by way of its intimate association with our free-will personality. However, the revelators inform us that the impulses of our spiritual self, even if they may appear to drive us, are in reality subordinate to our personal will. Therefore, only we can carry out “circle-making” decisions as we respond to these higher impulses whose ultimate aim, by definition, is our balanced growth. And when we do respond in a healthy way, our inner spirit does double duty: it ratifies each decision by depositing a “transcript” of this inner transaction in and as the evolving soul. (See my recent posts at Patheos on this subject.)

Assuming the presence of physical well-being, circle-making has to do with the symmetrical growth of the nonphysical factors of self. Circles attainment is inclusive of the life of the mind, emotional maturation, moral evolution, soul growth, and spiritual realization. Ideally, these attributes grow together in balanced and integrative way, and can be compared to the points of a many-sided geometric figure touching the interior of a perfect circle at each point. Circle-making stands for the realization of cosmic reality—the achievement of wholeness of selfhood. 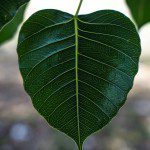 April 18, 2016
A Moment Of Truth In The Eighth Street Bookshop
Next Post 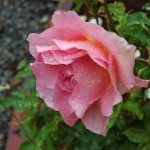 April 21, 2016 The 12 Archangels Message Concerning Our Extreme World
Browse Our Archives
get the latest from
Spirituality Itself
Sign up for our newsletter
POPULAR AT PATHEOS New Visions
1