Could this be true? Tabloid reports Ted Cruz has had 5 mistresses

Could this be true? Tabloid reports Ted Cruz has had 5 mistresses March 23, 2016 Stacey Dash

The National Enquirer just published an article with this teaser:

The article itself promotes the issue that’s on news stands now, but the snippet available online says that — according to a DC “insider” — a private detective is digging into apparently five (!) extra marital affairs:

The ENQUIRER reports that Cruz’s claimed mistresses include a foxy political consultant and a high-placed D.C. attorney! There are also whispers of other intimate late-night sessions Ted has had in Washington — and even a wild sex worker makes the cut!

I’ve said publicly that there was something smarmy about Ted Cruz that I couldn’t put my finger on.  Also, I don’t think he is the man who can lead us back to greatness!

However, I personally dislike the National Enquirer and the way they deal with candidates’ lives.  According to one site, they’ve been wrong about a number of stories.  Carol Burnett won $1.6 million judgment against the paper and Clint Eastwood won $150,000 from them for their mistakes.

However, they were the ones who broke the news about John Edwards and Gary Hart.

With the race coming down to two viable candidates, the GOP needs to know — Is Ted Cruz hiding five mistresses that Hillary could use against us in the general election?

Let’s get to the bottom of this. 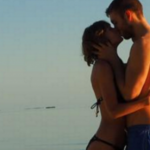 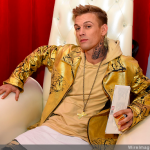 March 24, 2016 Aaron Carter was ‘bullied’ because of his Trump support, now he may not even vote?! BUCK UP, Aaron!
Recent Comments
0 | Leave a Comment
"Hi there, sluggerz.For the purpose of what I talk about re: racism, it's to do ..."
penpusher Snoop Dogg threatens to “roast the ..."
"Can you give your thoughts on slavery worldwide? After all, slavery didn't start in the ..."
sluggerz Snoop Dogg threatens to “roast the ..."
"Hi there Bob Wehadababyitsaboy.The problem we must negotiate, when attempting to have some semblance of ..."
penpusher Haircare ad featuring white girls angers ..."
"Are you some kind of idiot? You think that EVERYBODY doesn't deal with shit like ..."
Bob Wehadababyitsaboy Haircare ad featuring white girls angers ..."
Browse Our Archives
get the latest from
Politics Red
Sign up for our newsletter
POPULAR AT PATHEOS Politics Red
1 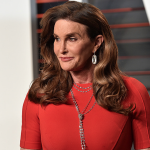 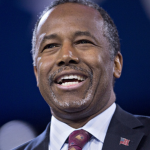