If it weren’t a fossil fuel, the Obamas would deliver coal to everyone’s stocking this year because nothing would make Christmas less fun, unless the first lady launched into a lecture on the unhealthy habits of ol’ St. Nick.

Michelle Obama, with help from Ryan Seacrest and Santa Claus, cracked open ‘Twas the Night Before Christmas to read to children who had gathered around a Christmas tree to hear the classic tale. But since Santa is overweight and smokes a pipe, the children needed to be warned about poor life choices.

Mrs. Obama quickly pointed out the bad habit when she got to the point in the story where Santa emerges from the chimney:

Then it was Seacrest’s turn to apologize for the fat-shaming Santa was about to endure in the next part of his description:

“‘He had a broad face and a little round belly that shook when he laughed, like a bowl full of jelly.’ — I mean this as a compliment: ‘He was chubby and plump, a right jolly old elf and I laughed when I saw him, in spite of myself.’”

Sure, it was all meant in fun, plus the event was at the Children’s National Medical Center in Washington, D.C. But come on! Can’t we get a break from all the political correctness at Christmas? Apparently not!

Click CONTINUE to hear the funniest politically correct version of this story and get back to having a Merry Christmas: 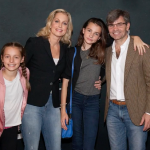 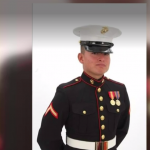 December 20, 2016 Marine who had survived an IED blast killed helping to stop a crashed driver
Recent Comments
0 | Leave a Comment
Browse Our Archives
get the latest from
Politics Red
Sign up for our newsletter
POPULAR AT PATHEOS Politics Red
1