Does the West exist? It is, is it useful, accurate, and inclusive to speak of magic as having Western and Eastern branches? 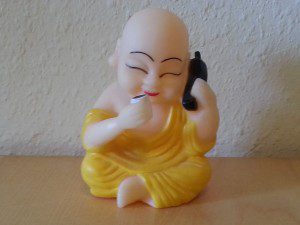 I am a Witch, Golden Dawn magician, and Thelemite, and I see these three magical traditions as being connected through common substratum of ritual, philosophy, and worldview. In The Woman Magician I coined the term “Western Traditional Magic” to describe the specific connection between these three traditions. The similar term Western Mystery Tradition encompasses other European esoteric traditions and didn’t precisely describe the same phenomenon. Western Traditional Magic gives me a term to describe what I do and I am rather attached to it.

However, as I study the idea that Eastern and Western magic are different, I become increasingly uncomfortable with the political construct “West”. The divide between East and West has been one of the cornerstones of the concept that civilization that classical Greek politics and philosophy are the foundation of the most advanced modern civilization, Europe. To make that claim, it is necessary to isolate Greece from the rest of the world, so that the accomplishments of Greece are seen to be singular and extraordinary and not duplicated by any other cultures.

Contemporary scholars challenge the East/West divide. They point to the Kemetic/Egyptian and Asian Indian inputs into Greek philosophy and religion. Denying these inputs is a form of racism and imperialism, validating the exploitation of other countries and cultures by Europeans, justifying the claim that it is the “white man’s burden” to bring civilization to the rest of the savage, primitive, childish world.

As a Thelemite I have been exposed to the philosophy and magical techniques of the East from my earliest involvement. Crowley’s Eight Lectures on Yoga is widely recommended reading for new Thelemites. Biographer Tobias Churton argues that Crowley was among the first esotericists to challenge the East/West division and seek out Eastern religious understandings and psycho-spiritual magical techniques.

If we break down the walls between Greece and Kemet/Egypt and India we gain a more accurate view of our own history. That being so, does it make sense to continue to talk about the “West” as a construct? Does the term European – American describe the same construct as “West”? Using a geographical rather than conceptual marker frees us to understand the exchange between cultures and how malleable they have been in the ancient world as well as now. Instead of “Eastern” and “Oriental”, does it make more sense to talk about the specific geographical cultures we are studying, China, Japan, India?

It’s hard to give up terms and think in new ways. Thelema doesn’t have “Eastern” and “Western” forms, it’s just Thelema. That’s my starting place for breaking down the construct “West” in my own thinking. 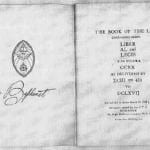 May 18, 2014 Intro to Thelema - Three Recommended Books
Recent Comments
0 | Leave a Comment
"Thought this seemed like a good place to post about this:If anyone is looking for ..."
Joseph Feeley Six Ways My Catholic Upbringing Prepared ..."
"Yes."
Gordon Cooper Spring Will Rise Again
"Wonderful article , it's rare to find anything pertaining to the power of age & ..."
Winterwitch In Praise of the Wise Old ..."
"I have a set series of prayers and thanks that I offer to my Gods ..."
Kyllein MacKellerann Wiccan Devotionals Revisited
Browse Our Archives
Related posts from Star and Snake