I am a Thelemite. I am also a Golden Dawn initiate. I see these as complementary rather than competitive, and I’m in good company!

I had the interesting experience of sitting on a panel on Ceremonial Magic in the Llewellyn suite at Pantheacon 2014. The subject was “The Way In”. How do you get started on the Ceremonial path? Lon Milo DuQuette represented Ordo Templi Orientis, Chic and Sandra Tabatha Cicero represented the Golden Dawn, Bruce McLennan (aka John Opsopaus) represented theurgy, and I represented women’s rituals.

Chic said that he started his magical career in both Golden Dawn and O.T.O. lodges. He had two temples in his house. At one point his higher-ups came to him and told him he had to specialize in one or the other and he chose the Golden Dawn. We all know the result – his work moved the order forward in time, he personally taught people who have become teachers of others, he wrote and co-wrote books whichpreserve rituals and knowledge. He made Golden Dawn magic accessible to our age.

Lon expressed the expectation that those who study Thelema should know the Golden Dawn rituals. If you have his how-to book The Magick of Aleister Crowley (or The Magick of Thelema if you have an older copy) you know that he explains how to do the Golden Dawn pentagram rituals before launching into a discussion of the Thelemic versions.

I started my Ceremonial career studying the Golden Dawn system with my partner Alex. We worked from Regardie’s un-indexed brick of Golden Dawn material. With no group around us we weren’t able to pull off initiations; the book did try to tell us how to do self-initiation but we gave it up as too complicated for us to figure out.

My first Ceremonial initiation was the O.T.O. Minerval. Eventually I worked through the Man of Earth initiations. Later a group formed locally to perform the Golden Dawn rituals and I jumped at the chance to finally experience these in person.

This was a different experience than the Man of Earth initiations. Where O.T.O. initiations are meant to be secret, the GD group worked from the Open Source Order of the Golden Dawn rituals, and we made our own redactions. Also, O.T.O. initiators must have a charter and must have achieved a higher degree than their initiates. Temple of Light and Darkness conducted the Golden Dawn rituals by the bootstrap method, which meant that sometimes we were acting as officer before we got to be the candidate. Interestingly, that didn’t seem to matter for the candidate, the ritual still packed its intended wallop.

Nothing in either set of rituals precluded participation in the other for me. Members of both groups do both sets. Remember Aleister Crowley himself undertook the Golden Dawn initiations to the grade of Adeptus Minor! Today the relationship between individual G.D. and O.T.O. members is generally cordial and collegial.

Of course it isn’t necessary to do both sets of rituals. Chic had a point, if you are going to delve deeply into a system you may decide to dedicate yourself to it. There is enough material in either system to last a lifetime. But if you are an initiate of one and are curious about the other, you may discover that you already have friends with a foot in both orders. 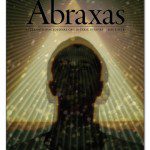 May 5, 2014 Review: Abraxas 5
Recent Comments
0 | Leave a Comment
Browse Our Archives
get the latest from
Pagan
Sign up for our newsletter
POPULAR AT PATHEOS Pagan
1

Cross and Crossroads: How to Spot...
Agora
Related posts from Star and Snake