I’ve always been sex positive. From my earliest physical stirrings I’ve believed that the power flowing in my body is sacred and enjoying that power is normal. I’ve never understood why people feel “dirty” when engaging in sex. As a teen I hated that words describing genitals are used as curse words. I looked for terms that reflected the beauty of the body, jade stalk, jade gate, flower, rose. 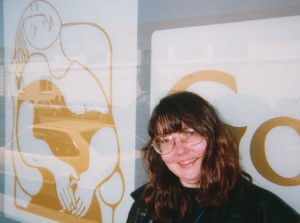 I don’t understand sexual jealousy. There are lots of forms of jealousy I totally get. I’m jealous of the time my guy spends outside the house, I covet a pretty piece of jewelry on the arm of a friend, I wish I had the charmed life my elderly friend has enjoyed. Experiencing betrayal because someone I love has sex with someone else? I can’t tease out what makes that happen. Why does vulnerability shared with someone else invalidate vulnerability shared with me?

Feminism taught me to recognize the claims men make on women’s bodies. Female “chastity” ensured men that they would know the children they fathered were their own heirs. A woman’s sexuality was owned by her father until it was given to her husband. A medieval Christian woman could avoid marriage to a man by marrying Christ, the ultimate dedication of women’s sexuality to male power.

Feminism took my sexuality out of men’s hands and gave it back to me, affirming that I own my body. Marital rape finally became illegal in all 50 states in 1993 (shocking when you think about how short a time ago that was). Married women no longer give control of their bodies to their husbands. For every woman of every age, no means no.

The sex positive movement went a step further and proclaimed that yes means yes, that women own our pleasure and consent. The Center for Sex Positive Community defines the sex positive movement as “a social and philosophical movement that regards all consensual sexual activities as fundamentally healthy and pleasurable, and encourages sexual pleasure and experimentation.” I was in the crowd when the CSPC opened in Seattle in 1999, an enthusiastic supporter. Now there was not only a philosophy that gave me permission to explore sexuality, there was a community which supported that exploration, and in my home town too!

Pagan religion validated my youthful insight that sex is sacred. “All acts of love and pleasure are my rituals,” says the Star Goddess in Doreen Valiente’s Charge of the Goddess. The act that brings new life into the world is natural and welcome. Deity not only authorizes sexual acts, but also brings the sacred into manifestation. Sex allows us to touch the divine within each other and ourselves.

That said, Pagan and feminist communities aren’t always sex positive. Mainstream second wave feminism (white and middle class) typed sex workers as self-objectifying while the women themselves argued for their own agency. Translation: sex workers claim the right to define the meaning of their sexual acts even when their feminist sisters disapprove. Some of the Pagan communities I have worked in have been just as judgmental of women as the dominant culture, criticizing the way women dress and how many partners they have, gossiping about sexually active women as sluts and home-wreckers. As a Pagan sex magician I was often on the outside edge of acceptability. Stories circulated about doings at my house that were both accurate and false and always scandalous. The house motto was “the rumors are true”, a declaration of independence. We do what we do whether you approve or not.

Thelema tied all these life themes together. As a Thelemite I own my body and my sexuality. In Thelemic community there is more than just tolerance, there is an active expectation that women express ourselves as freely as men. “Come forth, o children, under the stars, & take your fill of love!” Feminist, sex-positive, sacred sexuality fits in the Thelemic framework.

When I first started attending Thelemic events I admired the way women strutted confidently and were not criticized but instead admired. Women could wear more than one partner on our arms, too. Thelemic community is the place where I have felt most free to express myself, where I haven’t had to soften or disguise or explain away any facet of my life. Thelema gave a feminist sex magician a home. It’s not perfect of course. I may not always be liked, but it’s not because of what I’m wearing or the things I do with my body; those are almost always celebrated. 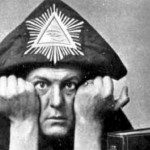 July 14, 2014 Thelema and Witchcraft, Part Two: Aleister Crowley, Witch?
Recent Comments
0 | Leave a Comment
"The Egyptian goddess Nut is not "black skinned". In the ancient Egyptian art, the women's ..."
Viktor Gyenis The Black Goddess Nuit
"This was a lovely article. I, too, was raised Catholic, and most of my family ..."
desertrose Six Ways My Catholic Upbringing Prepared ..."
"Delighted to say that Sacred Harvest Fest is returning to Atchingtan again this August, after ..."
JanetteNash Building Pagan Community at Sacred Harvest ..."
"Deeply touching, Brandy. Thank you, and blessings to Alex, you, and Ted as you navigate ..."
Macha NightMare The Blessing of Uncertainty in the ..."
Browse Our Archives
get the latest from
Pagan
Sign up for our newsletter
POPULAR AT PATHEOS Pagan
1