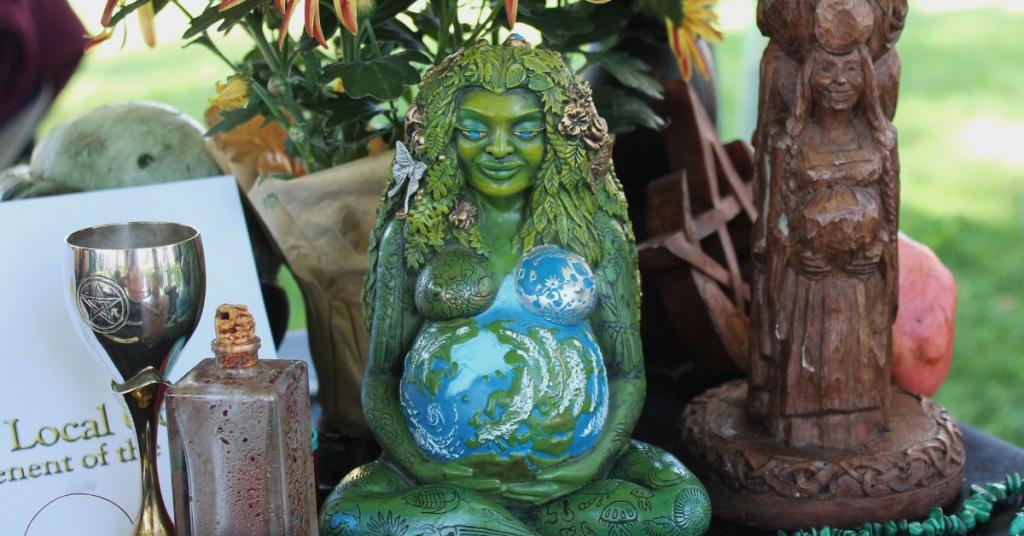 I’m revisiting an interfaith talk on Wiccan Devotionals I gave almost three decades ago. There are parts of that presentation that have a time capsule quality, other parts still describe what we do reasonably accurately. I was most surprised to rediscover the topics that we are just now getting around to discussing. I’ve been thinking about how I would make that presentation today.

The Parliament of the World’s Religions in 1993 was an exciting moment. In 1893 the world met Swami Vivekananda and recognized the Hindu faith as a serious religion. The centennial in 1993 felt like a Pagan coming out party. I was so proud when Deborah Ann Light signed the Global Ethic on behalf of all three Pagan groups in attendance.

I attended as emeritus president of Covenant of the Goddess. I’d spent several years travelling the country talking to Witches and Pagans representing the Covenant so I was grounded in the discussions we were having on how to talk about our practices and beliefs. In my Parliament presentation I focused on describing Witchcraft to people who don’t know us.

The public landscape has shifted a lot. Back then I knew people who had lost jobs and custody of their children just because they were Witches. Today mainstream news covers Witchcraft as a serious religion, thanks in part to the continual education and outreach of C.O.G. and other organizations and leaders. Stereotypes do pop up but there is increased awareness that Witches worship not Satan but goddesses and gods (and non-binary deities!)

The language we use to describe ourselves has changed too. Today I wouldn’t use the word “Wiccan” as synonymous with “Witch”. I also wouldn’t describe “Witch” as a subset of “Pagan”. I know people who identify as one of these to the exclusion of the others. While I’m an initiated Witch in a tradition I have always defended the right to call yourself a Witch regardless of initiation. Today I would point out that Witches come to the practice through apprenticeship, but also through their own intuition and connection with nature.

In the presentation I addressed a tension between the academy and practicing Pagans. In 1993 I knew university professors who were absolutely secret, fearing that their tenure would be jeopardized if their colleagues knew that they practiced. Today academics have come out of the broom closet. John Opsopaus writes under his legal name Bruce MacLennan (go Bruce!) to encourage his colleagues to go public. Patrick Dunn does this too (go Patrick!) These are writers in my theurgic community, there are many other academics who are now open about their practice.

Writing today about how Wiccans, Witches, Pagans, and esotericists enter into our practice, I would have to lead with the influence of the internet. In 1993 our forms of contact were newsletters, magazines, and in-person conferences. Today I link up with other practitioners in the time it takes me to think about it. There are internet Books of Shadows and virtual temples. As the world moved online during the current pandemic I’ve been even more closely connected with people around the world. My presentation on The Future of Magick was featured on Day 1 of the Scottish Pagan Conference, and Ordo Templi Orientis Austria hosted a live Zoom meeting where I talked about “Babalon the Mother”.

There are themes in my personal work that were already prominent in 1993. I’m quite proud that I was already talking about transcending gender categories. I built out ideas about gender in 2011 in The Woman Magician. At the Parliament I mentioned the importance of respecting other religions and avoiding appropriation, and in 2015 I co-edited Bringing Race to the Table. We need a lot more discussion about racism in the magical communities. My 2018 think piece White Light, Black Magick: Racism in Esoteric Thought is too geeky to be widely read, but I’m hoping that we shift away from coding “white” as “light” and “black” as “evil” and commit to changing those terms. Other writers are calling for this too.

In 1993 I described the life arc of the Goddess as maiden, mother, crone. That was a dominant image at the time, but since then we’ve moved away from defining Goddess and priestess in terms of relationship to childbirth. In Jailbreaking the Goddess Lasara Firefox Allen presents a five-fold life cycle of beginnings, potential, creation, mastery, and wisdom. In the last 20 years I’ve focused on Thelema and I’ve come to understand Nuit’s self-revelation in The Book of the Law as launching the return of the Goddess in western magic, so I’d be sure to mention that too.

The biggest change in my work from 1993 to today is that I am focused on finding language to deepen our practice. The concept of devotional remains central. Here’s what I said in 1993:

I chose the word “devotional” as reflecting most accurately the majority of relationships on the spectrum. Wiccan priestesses and priests can dedicate their lives to the Goddess in general or a particular deity; can sponsor large celebrations intended to honor the deity and offer many people the opportunity to share the experience of that deity; can make a single rite intended to acknowledge that deity’s force in the celebrant’s life. One of the most touching forms of devotional, to me, is listing names of Goddesses, that they should all be remembered.

This is a conversation that is starting to build out in our communities. Astrea Taylor muses about the relationship of deity and practitioner in Selling the Inner Goddess: A Polytheistic Pagan Opinion and Melissa Hill recently posted What is a Devotional Practice?

Hellenistic Pagan philosophy and ritual practice focuses on the relationship of the practitioner to the gods. The word for this body of knowledge is “theurgy”. Talking about theurgy offers a technical and precise language, but it’s also not particularly well known. There are a handful of contemporary writers who explain what it is and how to do it, here’s an updated bibliography.

The techniques of theurgy include invoking deity into a statue, another person, or yourself. The problem with describing this in English is that the framework assumes “deity” and “practitioner” are distinct entities. One of the outcomes of theurgic practice, or devotional practice, is that those lines being to blur. At the Parliament I started talking about this.

Today I would talk about the next step, “I am Goddess”. The English language sets up a dualistic framework: me —- Divine. However the living theurgic tradition of Tantric devotion is non-dualist, where the important movement is identification. In Tantric practice Goddesses fly out of my body, settle on me, seep down into my head. My Tantric sisters greet the Goddess as mother, Jai Maa! and greet each other as goddess: Priya Maa, Letitica Maa, Elizabeth Maa, Brandy Maa. My present task is not to realize myself as divine, that’s an everyday occurrence. I’m seeking to stabilize myself in that understanding.

The centennial Parliament in 1993 launched a new era in interfaith discussion. The Parliament now meets every five years. Witches, Wiccans, Pagans, and earth-based religionists have continued to be a significant presence. Don Frew attended in 1993 as part of the C.O.G. delegation and has attended every session since. Earthspirit founder Andras Corban Arthen also attended in 1993 and went on to serve on the Parliament’s Board of Trustees. There are many others who have attended and contributed to the ongoing effort to educate and connect.

If I were presenting to an interfaith audience today the biggest change would be in how I talk about myself. It’s not that I’ve stopped being a Witch – in my youth we used to say “once a Witch, always a Witch” and that is a lived reality for me. However in the last three decades I’ve gone on to explore other parts of our rich magical heritage. Today I’m a Witch, a Thelemite, a theurist, a Tantric yogini. I use the term Pagan Magician to describe what I believe and what I do. Instead of “Wiccan Devotionals” I talk about “Goddess Devotionals”. As I make presentations going forward I’ll explore how the paths I’ve walked have led me to embody the Goddess for others and for myself.

Do you have memories of the Parliament in 1993? Tell me about them in the comments!

October 30, 2020
Magical workings and prayers for peace
Next Post 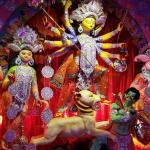 November 18, 2020 The Demon Is Also Me
Recent Comments
0 | Leave a Comment
Browse Our Archives
Related posts from Star and Snake 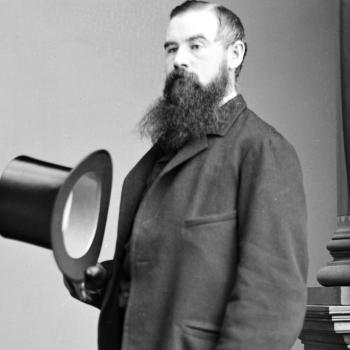 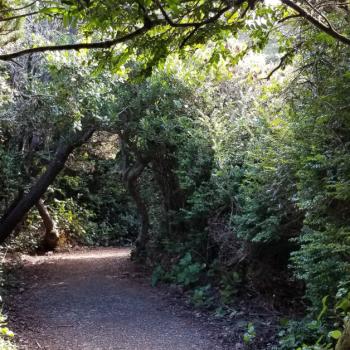 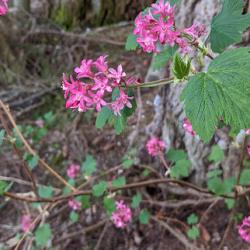