An Indigo Pagan’s Take on Charlottesville

As an indigo, I’m horrified by the violent demonstrations that happened in Charlottesville, VA, but I’m not surprised. 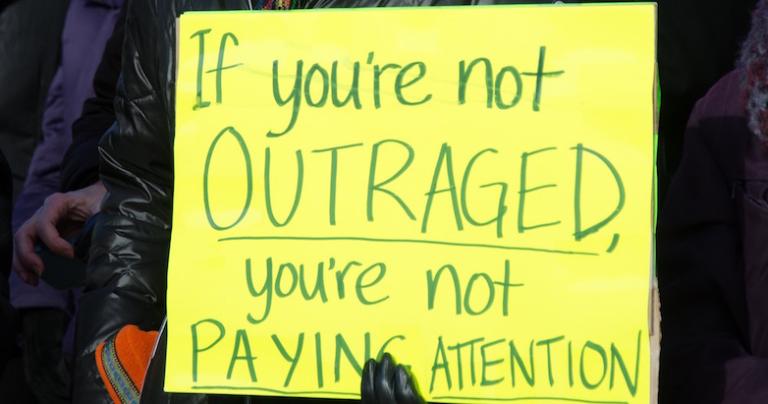 I feel like this message has been my motto for the past two years, ever since a misogynist, racist ran for president and was elected to the office. It’s been hard being an open pagan in a red state, and it’s even harder knowing that the man who drove a car through several protesters is from my home state. I see swastikas spray-painted onto highway bridges and etched into other public places. I hear racist remarks, even at my somewhat progressive workplace. So, no, the neo-nazi white supremacist actions didn’t surprise me. I’ve been outraged because I’ve been paying attention. (This was also the last public facebook message of Heather Hayer, the woman who was killed by a white supremacist.)

While this incident has likely made you outraged, angry, sad, confused, and alarmed, there are a few things you can do about it, even if you’ve never done anything before.

The first thing to do is to not post inane things on social media that normalize this action. Don’t post about your blog or your book. Don’t post photos of your food. Especially if you are white, you need to show your sympathy and support to the non-white people the neo-nazis are targeting. Now is the time to make your anti-racist feelings known, especially if you haven’t in the past. Nazism didn’t take over overnight. It was a slow decline, with normalization of violence and propaganda that confused facts. Fake news sound familiar, anyone?

After the Charlottesville violence, I read a few social media posts about people wanting to “white light” the nazis and white supremacists away. They wanted to “raise their vibration” in order to “solve” the problem. It’s a nice thought. I just don’t think everyone has that option as a solution. And the real world, as dirty as it is, is where civil rights changes take place. So why not just do both? Sure, it’s hard work, but it’s good work.

Post and tweet your thoughts on social media. If you don’t have a great handle on your thoughts, retweet and repost someone else’s thoughts. There are a lot of good people out there sharing their thoughts. Here’s one who shares updates often.

Go to a candlelight vigil or an anti-racist rally — there are several meetups happening all over the USA. Here’s a good website to find one near you. Stay safe at the meetings — don’t engage with a violent protester if you can help it. Carry a charged cell phone for video recording, and tell trusted friends or family when you go and when you leave.

Post a sign in your yard AND at work that says Hate Has No Home Here, or Wherever You’re From, We’re Glad You’re Our Neighbor, or something like it. You can make your own for free!

Donate to the Virginia Legal Aid Justice Center, or the Southern Poverty Law Center, or another non-profit that fights against extremism. You’ll be surprised how good it feels to donate even a little bit of money.

Watch or read the news. Call your representative, senator, and local legislators and demand that they be treated as terrorists. Sign petitions. Go to more rallies and meetups. Keep retweeting anti-racist remarks. Read articles on how you can support the groups that are being targeted. Educate yourself and others about the issues. Share them on social media.

Talk to people who share your opinion. It’ll help you to feel less isolated. Block racists on social media if you need to — it’s likely they’re not really your friends.

Keep your chin up

It may be hard to live in these times, but what choice do we have? Be quiet and live in denial, or stand up and make our voices heard? I understand the desire to feel safe, but at what cost? If there’s a war of morals, we have to be openly on the side of humanity.

Find other people who are also fighting the good fight. Ground any frustrations into action, and when you’re tired, let yourself enjoy something light-hearted to rekindle your innocence. I recommend ‘The Worst Witch‘ on Netflix. It’s pretty adorable, even if it is like a proto-Harry Potter.

“Be afraid to die until you have won some victory for humanity.” Horace Mann

It’s key to not get complacent. We’ll need to keep a watchful eye on what’s to come, and that means checking in with the news and getting alerts to any new opportunities.

After the heat from the news settles down, it’ll be okay to post other things. I’m guessing I’ll get back to my other pagan posts, too. I just couldn’t not stand up for another marginalized community. I didn’t want to ignore this and post something more trivial when my heart was so heavy. When it comes down to it, anything but this topic seems trivial at this point. The quote above was the motto of my college, and my classmates stood by it. I think Horace Mann would be proud of the anti-racist demonstrators at Charlottesville.

I know pagans aren’t first on the nazi / white supremacist / radical Christian alt-right list, but this is a radical group. Who’s to say they won’t come for us eventually? There’s a whole history of witch-burnings, and it’s a slippery slope with hate groups.

All I know is we won’t go back.

When I went to my local anti-racist candlelight vigil on Sunday, August 13th, 2017, I saw a pagan friend I hadn’t seen in a long time. I met two more pagans afterwards on the way to my destination. I was glad to be in their company in these times. Even if my other friends didn’t show up, we were there, and we stood up for the cause. We’ll be there next time, and the time after that, and the time after that, etc. I hope to see more friends there next time, of all faiths. 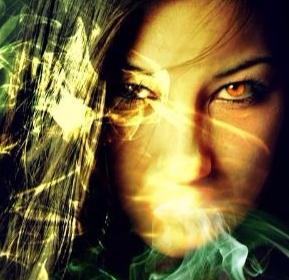 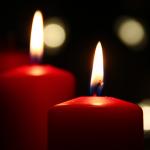 August 19, 2017 Yoga and Ritual: Restorative Practices for Tough Times
Recent Comments
2 Comments | Leave a Comment
Browse Our Archives
get the latest from
Starlight Witch
Sign up for our newsletter
POPULAR AT PATHEOS Pagan
1 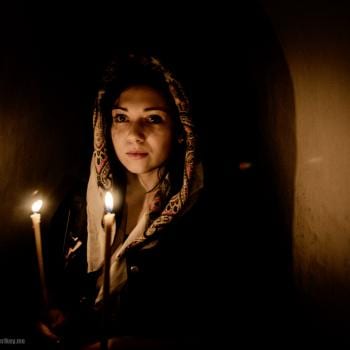 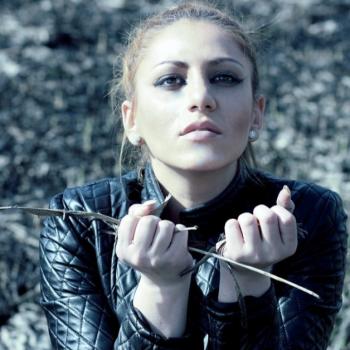 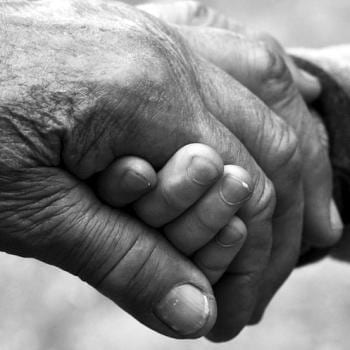 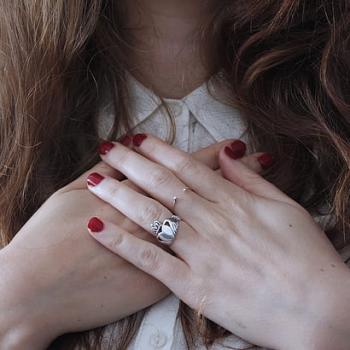 Pagan
Feel The Change You Wish To See In...
Starlight Witch
TRENDING AT PATHEOS Pagan

Cross and Crossroads: Cultural Sensitivity and The Day...
Many non-Latinx folks come to me around this time of year wanting...
view all Pagan blogs
What Are Your Thoughts?leave a comment
Copyright 2008-2020, Patheos. All rights reserved.