A Haunting Spectacle: A Review of Episode Two of “The Exorcist”

A Haunting Spectacle: A Review of Episode Two of “The Exorcist” October 3, 2016 Mary Pezzulo 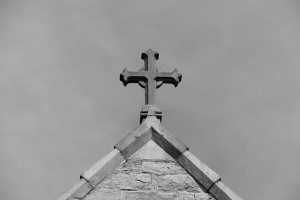 Last week, if you recall, I watched and reviewed the pilot episode of Fox’s The Exorcist. I found it a boring episode with far too many inept visual and plot references to the excellent William Friedkin film of the same name and a tin ear for portraying actual Catholicism; however, I enjoyed the last fifteen minutes and was interested to watch the next episode. I predicted that the series would be good if it quickened the pace, continued to be unique like the last fifteen minutes of the pilot, and if it didn’t have any worse untruthful portrayals of Catholicism. After watching Episode Two, I’m glad to report that the series has, indeed, improved the pacing and gone on to tell its own unique story. It has not improved in being realistic in its portrayal of the Church, but this is not enough to sink it and may actually turn out to be an asset in the long run.

The art of creating horror is uncomfortably close to the art of creating comedy– the two are a hairbreadth apart. One misstep in either genre, and you find yourself in the other. That’s why, as Mystery Science Theater Three Thousand so aptly demonstrated, bad horror films quickly become fun hilarious comedies. That’s why clowns, mimes and funhouses are so unnerving to so many. For a work of horror to be good, it has to walk right up to the edge of that hairbreadth line and not cross it, and that’s difficult. Televised horror is especially difficult– not only do the artists have to deal with censorship in ways they wouldn’t in a film, they have to write a compelling forty-minute horror story which stands well on its own yet connects to a larger story arc, makes the audience want to tune in next week, and also provides nice little cliffhanger commercial breaks every several minutes. A television horror series is, by nature, predictable. Keeping people guessing while not stumbling over into comedy is hard.

I think that Fox has met that challenge brilliantly with this second episode of The Exorcist.  The pilot episode crossed the line and was almost laughable in its constant visual and plot references to the much better film version of The Exorcist. This second episode does its own thing entirely, telling a new story with new and different scares that aren’t entirely unique but are used to good effect. It’s fun, which the pilot episode wasn’t until the last few minutes. It doesn’t pretend to be something it’s not, which is good, because what it is is entertaining.

This second episode continues the story of Father Tomas’s investigation into the creepy preternatural events at an agnostic parishoner’s house. Father Tomas learns more about the mysterious and grumpy exorcist Father Marcus; Father Marcus learns more about the yucky demon possessing a teenage girl. There is an infestation of CGI centipedes. There is pea-colored projectile vomit, the first nod to the film version that actually impressed me. There are gelatinous and yucky severed human hearts. There is a telekinetic leg-breaking. A demon uses telekinesis to cheat at Jenga. It’s all so over-the-top it ought to be hilarious, yet the pacing and filming are good enough to pull it off. I was frightened. I was confused. More importantly, I was entertained.

The television series still lacks a great deal of verisimilitude when it comes to Catholicism– I’ve never been in a church that parked its homeless-feeding buffet table in the sanctuary right in front of the altar and fed the homeless in the pews, for example. And I’m fairly certain the Catholic Church does not have a clandestine program purchasing pre-teen orphan boys and raising them to be exorcists. However, this matters less and less. The demons portrayed in the film have nothing to do with Catholicism either; rather than fallen angels, they’re yucky bad-tempered creatures which don’t respond to the traditional prayers of exorcism, like to kill their hosts and can apparently be killed themselves. I can accept that the demons in The Exorcist are just fantastical characters like boggarts or little green martians, and I can accept the Church portrayed in The Exorcist as a fictional institution which borrows its aesthetic from Catholicism. Portraying an increasingly strange fictionalization of Catholicism may well work in the the series’ favor, as an exorcism story this over the top wouldn’t really work with Catholic beliefs regarding the devil. But any Catholics tuning in expecting to find a faith they recognize are in for disappointment, and any non-Catholics wanting to learn about Catholicism should look elsewhere.

All in all, I am very encouraged by episode two of The Exorcist. It’s a much better episode than the first. If the series can continue in this trend instead of falling back on vain attempts to ape William Friedkin’s film, it promises to be a truly excellent series.

The Exorcist can be watched on Fox on Fridays at 9 o’clock Eastern time. Steel Magnificat will be reviewing episodes of The Exorcist weekly, until I get tired of the idea. 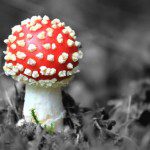 October 2, 2016
Saint Therese and the Speckled Toadstool
Next Post 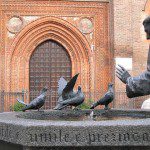 Law, Order, and Amy Coney Barrett
A Little Bit of Nothing
Related posts from Steel Magnificat

Catholic
When I was Brave
Steel Magnificat
TRENDING AT PATHEOS Catholic