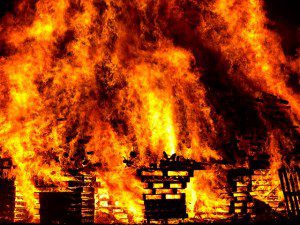 I was walking down a seedy-looking street, carrying a comically large suitcase in one hand and pushing Rose in a stroller in the other. The stroller got entangled in piles of wet autumn leaves and bumped against uneven pavement every so often; the suitcase, which was full to bursting, tugged at my shoulders. I had to stop every minute to switch arms. Rose was crying from the cold.

“If I was you,” said a man, coming out onto his front porch, “I’d make her walk, and push the suitcase in the baby stroller.”

The man was scruffy, unshaven, and clad in denim overalls; his beard was red like a Leprechaun’s. He didn’t have an Ohio Valley bray, but rather a squeaky, whistly Southern West Virginia accent.

I knew that this was about as safe, in principle, of getting into a van marked “free candy,” but then again it’s also the way people wind up entertaining angels and meeting saints. I handed him my suitcase.

“I was sayin’ in there,” he said as he hefted it like Saint Christopher, “I’d make the baby get out and walk and put the suitcase in the baby stroller!”

Saint Christopher carried my suitcase for me for two and a half blocks. As he did so, we chatted, as people do in that part of the Ohio Valley. If you live in that town in that particular neighborhood, and you’re walking through the scary place instead of driving, it means you’re nobody, and nobodies talk to one another honestly, as if they’re in a confessional. I told Saint Christopher about the old apartment with the negligent landlord; the bathroom floors peeling up until I could see the neighbor’s apartment underneath; the neighbor who threatened to hit Rose if she made noise at night.

I saw him from time to time after that– in the yards of various houses, doing construction or repairs, fixing other people’s cars. I never did find out which house he lived in.  He used to drive around the neighborhood in a pickup truck just before Bulk Trash, taking all the metal he could find to sell for scrap.  He was always talkative, just as at the first time. He usually complained about something or other, with an oddly cheerful tone. Once, he complained that he’d gotten “trench foot” from helping a friend pump out a flooded basement.

Another time, he was driving past me in an old car; he stopped and handed me a flier. He had started a neighborhood cab services, rides to the mall and back, or to the next town for an additional fee. The company’s numbers were his cell phone and his land line. The sole cabby was himself; the sole cab, his used car.

“My rates are real reasonable,” he confided before driving off.

That was the last time I saw him.

I think I’ve mentioned once or twice that there’s been an arsonist on the loose in this town. At any rate, there is. 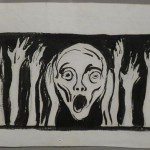 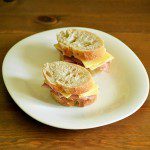 October 29, 2016 Charity Is Our Only Hope
Recent Comments
0 | Leave a Comment
"That is already the way it is, Joann. Religion is completely optional in marriage. The ..."
Ben in Oakland Suppose You Thought You Were A ..."
"It's the standard way we deal with the filter at Rolling to Disbelieve."
Leum The True Effect of COVID and ..."
"I know an easy way to make the whole problem go away. Get religion out ..."
Joanne Lindstrand Suppose You Thought You Were A ..."
"Fetal death is also something it's so easy to blame Mom for, not for actual ..."
Mary The True Effect of COVID and ..."
Browse Our Archives
get the latest from
Steel Magnificat
Sign up for our newsletter
POPULAR AT PATHEOS Catholic
1