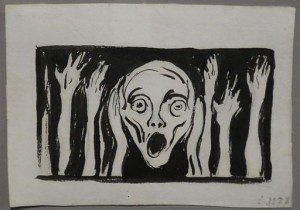 I dreamed I had pink hair.

I dreamed I had pink hair and punk makeup but still was wearing my nerdy Benjamin Franklin spectacles without which I can’t see more than six inches from my face. I dreamed I was wearing them to the mall– a dank little one-story mall without a food court, a Disney store or a book shop. I was walking through the mall with a miniature robot who held my hand shyly as we passed the store fronts. The mall was crowded with ghosts, demons, specters and mythical beasts. I counted four different manifestations of Freddy Krueger and two Tyrannosaurs. Superman and Iron Man were also there; Superman kept pressing his face to store front windows and licking them.

Then, the robot and I came across an oddly pale, eyeless Donald Trump enthroned like an idol at the far end of the mall. Donald Trump was reciting xenophobic slogans as people came and offered their children to him; every worshipper was given a piece of candy. I never would have gone near him except that I saw Almond Joy in his candy bucket, and that’s my favorite.

Wait, no. That wasn’t a dream. It really happened, and I have photographic proof. 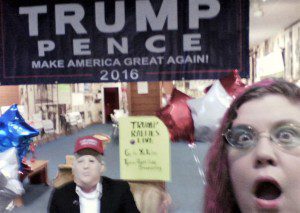 I snapped this with my cell phone camera last night at the mall. I was there for the annual indoor Trick-or-Treat with my daughter, who was dressed as a Transformer. Each of the shops had employees I hope were being paid quadruple overtime, passing out candy to throngs of children. I had pinked my hair and blued my eyelids with makeup from Dollar Tree to try to do a Delirium cosplay, but I couldn’t take off my glasses because I can’t see without them.

The place was packed with Trick-or-Treaters. There was a cute little girl in a gigantic inflatable T-rex costume, there were at least four Freddy Kruegers; there was a toddler dressed as Superman tasting the windows. And at the very end of the mall, in front of the county’s Republican Party Campaign Headquarters, a Republican gentleman in an ill-fitting suit, baseball cap, rubber mask and boat shoes was passing out treats while telling children “Vote for Trump! Donald Trump needs your help to build that wall! Help me build that wall! Vote for Trump!”

Grown-ups were bringing their children to sit on his lap for photos. Children were crying and saying “I wanna go home,” but the grown-ups brought them anyway.
And the meanie gave me a Reese’s cup instead of an Almond Joy.

I would reiterate what I said last week, that this election has driven me insane, but it seems my insanity is bleeding out of my own brain and infecting entire malls at this point. The whole world has become a collaborative performance art project produced and directed by Edward Munch and Hieronymus Bosch.

Just twelve more days, people. We can do it.

The trouble is, when those twelve days are up, there’s a very serious chance that one of the candidates is actually going to win this election.

Whoever they are, I hope they have Almond Joy. 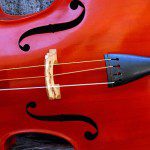 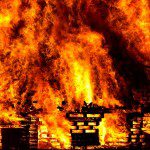 October 28, 2016 Valley of Hell
Recent Comments
0 | Leave a Comment
"Poor old Nancy. I've been known to say a boneheaded thing or two in my ..."
Wayfairer The Chauvin Verdict is Just, but ..."
"You are telling a sad truth. But keep it up. My daughter works in retail ..."
Todd Flowerday The Chauvin Verdict is Just, but ..."
"609.43. Misconduct of public officer or employeeA public officer or employee who does any of ..."
Bemused America is Guilty as Sin
"Kneeling on a neck isn't an "unapproved restraining technique." It's trying to suffocate someone. When ..."
Mary America is Guilty as Sin
Browse Our Archives
get the latest from
Steel Magnificat
Sign up for our newsletter
POPULAR AT PATHEOS Catholic
1