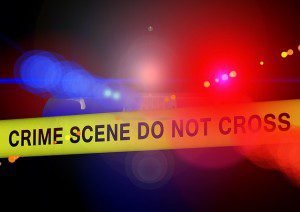 Some of you may have heard that Dan Miller, the director of an outfit calling itself Prolife Wisconsin, posted an offensive meme on his public facebook page, mocking the tragic death of Carrie Fisher, on the very day that Fisher’s mother died of grief. I’ll let Mark Shea tell you all about it.  Miller used the hashtag #thismighthurtsome to add an extra flippancy to his remark.

Miller has removed the post but has not apologized, and thus far everyone who messages him asking him to apologize has gotten blocked.

I went to look at Miller’s page myself, out of idle curiosity about who would say such a thing. I found that yesterday, he was up in arms and furious that the state of California had passed a law decriminalizing child prostitution– decriminalizing, not legalizing as the misleading headline put it. The law means that now, while pimps and johns will still be arrested and tried as well they should, underage victims of human trafficking no longer need fear that they will be arrested and prosecuted for being a victim of a hideous crime. I’ve already written about how being arrested can make things much worse for a young woman being trafficked; it can destroy what tiny chance she had of getting free and living a normal life. This law stands a good chance of making things better for these poor, suffering souls.

Dan Miller was furious with it and furious with anyone who tried to show him why it was necessary. He calls it “catch. Release. Back to work,” as if making it illegal to arrest and charge a trafficked child also makes it illegal to involve Social Services for treatment and help– this even though the law specifically provides that the minor can still be taken into custody under some circumstances. He and his followers seem to be of the opinion that much of child prostitution is voluntary– as if child prostitution is a matter of a promiscuous teenager opening a bordello in her bedroom to earn pocket money and not a matter of children sold into sex slavery by their parents and caregivers.

There’s a certain school of people who fully understand that the best way to deal with suffering children involves family, doctors and churches rather than government institutions right up until the suffering child commits a crime— then they start blustering about being “tough on crime” and sending little ones to prison with alarming voraciousness. I don’t understand where their rage comes from.

And it hasn’t escaped my attention that the same man who mocked Carrie Fisher on the day her mother died of grief, posted a rant against protecting trafficked children from further harm one day after the Feast of the Holy Innocents.

The Feast of the Holy Innocents is the day when we commemorate the children Herod murdered in an attempt to prevent losing his throne– the day the forces of Law and Order massacred infants, just in case a prophecy that seemed to point to a revolution came true. This is the day the whole Church should think about how we can better protect those innocent children who are most vulnerable to abuse. The very next day, Mr. Miller used his public facebook page to demand that trafficked children should remain in the hands of the forces of Law and Order and suffer further harm, rather than getting any protection or help. Just in case any of them was doing it voluntarily for the fun of it. “Catch. Release. Back to work.” At least he didn’t add that hashtag, #thismighthurtsome, to illustrate how little he cares if traumatized children are further exploited.

I have some other suggestions for Mr. Miller to post on his facebook page in the coming year– fun antics he can get into that are every bit as appropriate as defending the arrest of trafficked children the day after the Feast of the Holy Innocents and mocking Carrie Fisher when her mother died of grief. And he’d better be sure to post the hashtag #thismighthurtsome along with them, to show how little he cares for our special snowflake emotions.

–On the feast of Saint Edith Stein, post an article from any of the Neo-Nazi websites online about how Jews aren’t human and don’t even have feelings. #thismighthurtsome

–On the feast of Saint Lucy, start a petition drive that blind children’s seeing eye dogs should be confiscated and tossed live into a sausage grinder. #thismighthurtsome

–On the feast of Saint Francis, call for the immediate incarceration of anyone suspected of running a soup kitchen. #thismighthurtsome

–On the feast Joan of Arc, post a call for increased use of the death penalty and a return to stake burnings. #thismighthurtsome

–On Ash Wednesday, post live video of himself eating brisket with his bare hands. #thismighthurtsome

These are just a few of the ideas that occurred to me, upon perusing Dan Miller’s public Facebook page. I’ve no doubt my readers can think of others; let’s keep a list running in the combox as long as we can.

And if anyone who works at Prolife Wisconsin is reading this: is this vindictive and brutal man really the person you want to represent your outreach? Does he ever actually talk about abortion? Perhaps someone should be looking into this. It is not the public face one would wish for a pro-life organization.  #thismighthurtsome 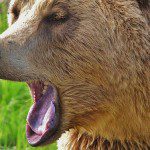 December 29, 2016
I Can No Longer Bear The Berenstains
Next Post 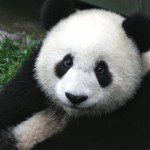 December 31, 2016 Cheers and Mourning on New Years' Eve
Recent Comments
0 | Leave a Comment
Browse Our Archives
get the latest from
Steel Magnificat
Sign up for our newsletter
POPULAR AT PATHEOS Catholic
1