How to Take A(n Intelligence) Leak

Let it never be forgotten that last night, Buzzfeed of all places published a great big dossier of as yet unverified reports alleging that the president-elect, Television’s Donald Trump, had been in cahoots with Vladimir Putin for at least five years due to Putin blackmailing him. This report was long– thirty-five pages long. There was lots in it. It was almost immediately challenged and suggested to be a fake. I don’t know which end is up with that and perhaps I never will. The point is, the president-elect, the man who is going to be sworn in and given the nuclear codes in nine days, was publicly accused of being blackmailed by Russia. And what did the American people do when we found this out?

Most of us started making urine jokes.

I’m not looking down on the rest of you for all the urine jokes, for the record. I made them too. I said “Trumped-up trickle-down economics.” I said  “the latest Trump scandal was brought to you by the letter P.” I wondered aloud if the infamous Frank Pavone was going to release another bizarre “pro-life action item” pandering to the president, this time ordering us to support our local urinating Russian prostitutes. It would make exactly as much sense as the ludicrous Hamilton boycott.

I wondered aloud exactly who was surprised at this. The wealthy narcissistic playboy with multiple unfaithful marriages, an international beauty pageant of his own and a fondness for Eastern European blondes, is alleged to have solicited Russian prostitutes for an embarrassing fetish. Whether this report proves to be a hoax or not, does anyone honestly think he’s never ever done such a thing? He’s boasted about doing just about everything else to women. He’s proud of it.

And then I went back to making jokes.

And I woke up the next morning, realizing that there was a very real possibility that the president-elect is being blackmailed by a foreign power, and I’d spent the evening along with millions of others, making urine jokes.

And that the entire report would likely never really be taken seriously, because it had been released by Buzzfeed and turned into a urine joke.

Everyone loves a scandal. Everyone jumps at the chance to hear that somebody’s committed a yucky sexual sin.

It’s even more tempting when some highly conservative pro-life people have idolized such an obnoxious public sinner– and here I’m not talking about the people who voted for him in spite of his behavior because they honestly thought he was the lesser evil. I’m talking about the devout and pious folks who positively treated him like the Messiah, and the ones who still do. People who declared him to be a bastion of pro-life and “traditional” family values; people who refuse to acknowledge anything at all seedy about the man, because he was running on the Republican ticket and therefore beyond reproach. People who praised his family as “beautiful.” The thought of those people having to explain a “golden shower” to their chaste homeschooled children was hysterical.

But even prescinding from that, everyone loves a scandal.

And we really shouldn’t.

I don’t think bawdy humor is wrong in every context, not at all. But this level of glee over somebody else’s humiliation isn’t a Christian response.

I think that Donald Trump is an evil and dangerous man. I think he’s going to put many people in danger. I hope I will be proven wrong, but I don’t think I will be. I believe that we should all be very active in calling out his lies and in publicly denouncing any injustices he tries to commit.

But Donald Trump is still a human being and a child of God, and children of God have dignity no matter what. With someone whose life is so public and whose actions are so likely to be dangerous, it’s hard to tell where the line comes in between news, protest and gossip, between denouncing injustice and just being nasty.

But I’m pretty sure that I crossed the line at some point with the urine jokes.

I have a feeling I’m going to have many new opportunities to practice virtue in the next four years. I hope I’ll get it right next time. 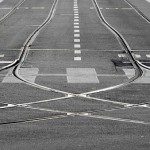 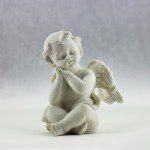