In Case You Missed That Executive Order Yesterday

I was kind of busy yesterday, worrying about the ramifications of yanking healthcare coverage for 24 million Americans and trying to convince people that that’s not pro-life. So I missed that there’d been yet another executive order signed by 45.  Perhaps you have as well. Let’s get caught up.

This one is entitled ” Presidential Executive Order on a Comprehensive Plan for Reorganizing the Executive Branch,” and it does just what it says on the tin. It orders that, within 180 days, every federal agency will submit a plan to re-organize that agency and eliminate it if it’s deemed “unnecessary.”

May I remind everyone that the president has assembled a cabinet of people who specifically hate their departments, deem them unnecessary, and would like to see them eliminated.

It should also be noted that yesterday, the president gave the CIA the authority to launch drone strikes all by themselves; previously they were only to use drones for surveillance and ask the military to kill people. Now Trump has eliminated the middle man. The CIA can assassinate people via drone. Perhaps next he’ll declare every judge the Lord High Executioner, and we can all sing light operettas.

I jest, but honestly. Let’s think about what we’ve gone through lately. We had so-called pro-life people screaming that it was a sin to vote against the Trump; we had a deranged priest put a pickled baby on an altar in homage to Trump. People who opposed this deranged priest were accused of being pro-abortion. We had Trump’s surprise election hailed as a pro-life victory by that priest and many others.

How is this pro-life victory working out?

What we’ve got so far, in just over fifty days, on the anti-abortion side, is the re-instatement of the Mexico City Policy which every Republican president has ordered since its inception, and the likelihood that, if the American Healthcare Act is sent to his desk, Planned Parenthood will be de-funded for a whopping one year. Planned Parenthood will not close, as 60% of its funding comes from private donors and they can manage for a year, and none of the other abortion providers in the country will be especially inconvenienced.

But those of us who insist on valuing all human life as the Catholic Church does instead of just wanting to score points against Planned Parenthood, have noticed everything else that’s happened since the supposed pro-life champion was elected. We’ve noticed the travel ban stranding tens of thousands of refugees without hope of finding a safe home; we’ve noticed mass deportations of nonviolent people whose only crime was trying to take refuge in America; we’ve noticed the dismantling of as much of the federal government as the president can touch. Foreign people residing in our country are being publicly scapegoated for crimes.  The president is insulting foreign leaders who ought to be our friends; he’s promised twice to begin a brand new nuclear arms race; he’s vowed to increase military spending by tens of billions.  There’s been  an increase in violence against mosques, Jewish cemeteries and miscellaneous non-white people. Yesterday we realized that twenty-four million will lose their healthcare if the president gets his way. And I’ve already outlined how that healthcare law is going to lead to many more abortions, whether Planned Parenthood is closed or not.

This is what happens when Christians prostitute themselves to the heresy of believing that one issue and one issue only should consume all of our efforts. This is what happens when you decided that abortion, bad as it is, is the only issue worth your time. Idolatry always leads to human sacrifice, as Frank Pavone and his thirty-year-old pickled corpse demonstrated so vividly last November. Now the evils to which the mainstream pro-life movement closed its eyes are on a dramatic rise, the United States government is being “re-organized” for the convenience of the rich and powerful, and abortions themselves are going to increase.

When is the mainstream pro-life movement going to admit it’s been played, abandon its disgraced leaders, and start safeguarding human life from conception until natural death?

Those of us who choose to follow the Gospel are waiting. 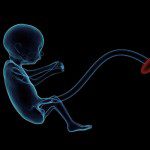 March 13, 2017
The American Healthcare Act Is Not Pro-Life
Next Post 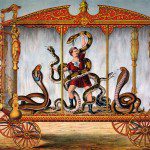