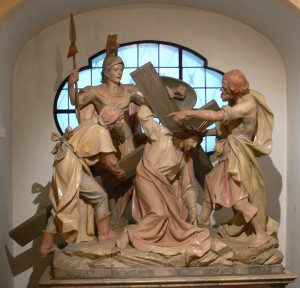 But when I stumbled, they gathered in glee;
assailants gathered against me without my knowledge.
They slandered me without ceasing.
Like the ungodly they maliciously mocked;
they gnashed their teeth at me.

Do you know what it is, to be exhausted? Not merely very tired, but exhausted?

To be exhausted is to have nothing left.

He can’t walk or crawl. He can’t lift His head. He can’t open His eyes. Even breathing is difficult.

And the worst is yet to come.

The guards are dragging Him, but He cannot move. There is nothing left. Not even enough blood in His body. In a minute more, they’ll be dragging a corpse.

But then, He thinks of you.

He thinks of you, and how beautiful you are. How much He has longed to be one with you, since the beginning of time.

He remembers how much pain you are in, and how lonely you feel. He remembers how many times you’ve felt like a failure and a curse. He thinks back on when all the trouble started, when life began to go wrong, when you discovered you weren’t powerful and began to think you weren’t worthy of love. He calls to mind the abuse, the depression, the rape, the sickness, the poverty. He recalls when you truly felt that He had abandoned you.

He thinks of how happy He will make you in Heaven, and how much consolation He can give you with His presence in this life. He could do all of this for you with a single word– He is God, Who created the Heavens and the earth with a word. But there is an even greater act of love He can perform for you.

He can take your suffering onto Himself. He can bring it to the cross. He can lay His body down on the wood, so that when you are nailed to your cross you will be consummating your marriage to the King of Kings. He can be lifted up like the brass serpent in the desert, so that the very symbol of infamy, torture and death will become a symbol of triumph. He can descend into Hell with your pain, so that even if you walk through the valley of the shadow of death, you will know that Christ is present there. He can rise up to Heaven with nail marks pierced all the way through His undying body, so that every time the Father sees a suffering body, He will see His Beloved Son.

He has no physical or emotional strength left; that departed Him when He fell the third time. But He has love for you. No torture or injury could ever destroy that. Not even death can take it away. His love is all that brings Him to His feet. His love drags Him forward when the guards cannot.

The King is enthralled by your beauty and totally in love. In this love, He finishes the journey to Calvary.

Steel Magnificat will be meditating on the Stations of the Cross on Wednesdays and Fridays throughout Lent. All Stations are linked in this post. 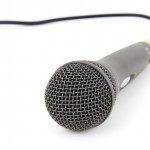 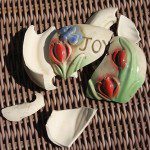 March 30, 2017 Praying With A Madwoman's Heart
Recent Comments
0 | Leave a Comment
Browse Our Archives
get the latest from
Steel Magnificat
Sign up for our newsletter
POPULAR AT PATHEOS Catholic
1 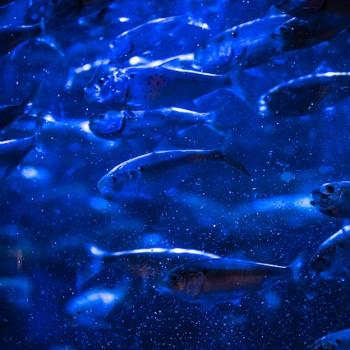