The Syria Strike Is Not About Babies

Mark my words: this is not about the babies.

However we intervene in Syria, our motivation from the very beginning ought to be saving precious babies like Aya and Ahmed, the twins who were murdered in the recent Syrian chemical attack.

But that is not the president’s motivation. And it is obvious that this is not his motivation.

The president has claimed that “When you kill innocent children — innocent babies — babies — little babies with a chemical gas that is so lethal, people were shocked to hear what gas it was, that crosses many, many lines. Beyond a red line, many, many lines,” but that obviously isn’t why he bombed Syria.

If the president cared about babies in Syria, he would not have boasted on the campaign trail that he wouldn’t provide a refuge for Syrian children fleeing the war. “I can look in their faces and say you can’t come. I’ll look them in the face,” he said.

If the president cared about babies in Syria, he’d have signed an executive order welcoming more and more refugees with far shorter waiting periods. There may well have been troops on the ground in Syria protecting and evacuating as many civilians as they possibly could and welcoming them all to America, if protecting babies like Aya and Ahmed were his motivation. He could have done that his first day in office. He could do it right now.

I don’t claim to know what his motivation is, but it isn’t Syrian babies. You don’t protect Syrian babies by forcing them to stay in Syria right up until you launch missiles at a Syrian air base.

There is such a thing as just war, and just war may sometimes demand that you launch missiles at an air base. A just war with Syria right now may demand that very thing. It could be that a perfectly just president would be bombing Syria right now; I couldn’t say.  But a just war takes as much care as possible to protect civilians  like Aya and Ahmed, and Donald Trump has up until this very moment done nothing of the kind. He’s not doing it now either. His first action, after his statement about innocent babies, was not to sit down and pen a new executive order aimed at protecting civilians. It was to launch 59 Tomahawk missiles. He hasn’t announced a new plan for helping refugees after the news broke about the missiles either.

Donald Trump has done everything in his power to block Syrian babies from taking refuge in the United States, he has done nothing to extend aid to Syrian babies in Syria, and now he’s bombing Syria.

In the coming days you will no doubt hear again and again that these attacks are to protect civilians and retaliate for violence against civilians. You’ll hear outrage that Obama didn’t do more to stop the murder of civilians. You’ll hear some calling the president a hero for taking charge. But remember: our president could have saved Syrian civilians before now. He could do so at this very minute. Instead, he has done his best to endanger them, and now he’s sitting at a luxury resort in Florida ordering missile strikes against the country they can’t leave.

This isn’t about the babies.

And the babies ought to be the only thing that matters. 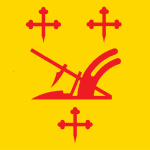