A Box of Crap in Lieu of SNAP? 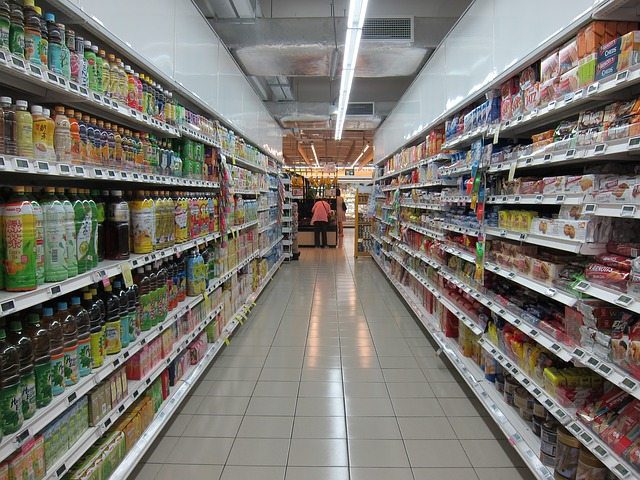 A reader and a friend had a request for me, earlier today:

“Are we going to get one of your hilariously sarcastic takedowns of the proposed box-of-CRAP-in-lieu-of-SNAP program? Pretty please?”

Now I like to be obliging to reader requests, but I don’t think I can be funny about this.

I’m told that the so-called Harvest Box will contain nothing that resembles a harvest, but rather peanut butter, powdered milk, canned meat and other shelf-stable processed foods. No effort will be made to accommodate food allergies or religious dietary restrictions. Crap in lieu of SNAP indeed, and it’s a very Trumpian move.  Cheap yellow hair dye and orange self-tanner, fake universities, fake everything; these are the president’s calling cards. He wouldn’t know authenticity if it poked him in the weirdly pale eye. He probably does think that peanut butter and powdered milk come out of the ground that way. He probably thinks they’re good for you, too.

It is telling to me that Republicans, who claim to hate big government and love choices and the free market, are the people who want to trash a program that pours thousands of dollars into local businesses in exchange for the federal government selecting a box of rations and shipping it to people’s doors. It’s telling that Republicans want to save money by cutting the 2.11 per cent of the budget that goes to feeding poor people, to pay for their tax cuts to rich people.

It’s also telling that, according to the New York Times, this isn’t really going to happen. It’s not a plan that can likely be implemented any time soon. It’s just been put in the budget proposal to rile people up and distract from the fact that the president is really going to make the EBT work requirements even more strident, so as to have the excuse to throw more and more people off of the program. Poor and helpless people are, once again, just a projectile in a political battle. And people will let that happen because it seems less disgusting, aesthetically, than switching out EBT for a box of canned garbage. It’s about the same for those who are being left without a food source, but people will let it happen.

Don’t kid yourself, they will. They will because nobody cares. We’ve all decided that it’s okay to increase the burden on the poor and blame them for the result. That’s not a specifically Republican trait, though Republicans seem to relish it the most and invent the most sadistic ways. It’s an American trait. But Democrats do it too, with less fanfare– Obama was the one who cut EBT by about one week’s worth several years ago, leaving me and thousands of others desperate. Notable religious writers like Rod Dreher do it when they dismiss the supposed “destructive culture” of the poor and condone Christians fleeing poor people instead of going into poor neighborhoods to help. My Catholic neighbors on the rich side of LaBelle do it when they try to ban rentals so the price of their homes will go up, or when they hold town meetings to demand the police go around fining people who can’t afford a lawnmower for having overgrown lawns– but when I speak out against this, people tell me I’m being “anti-middle class.”

This is America’s default setting.

We’ve all decided that this is okay.

If a prophet came to visit us today as Nathan visited David, and told us a parable about a rich man with many flocks stealing a poor man’s only lamb to feed a guest, we’d nod our heads and wonder what the point was. This is America, where the rich stealing from and humiliating the poor is considered a good deed because we imagine it’s good for the economy, and we’ve made the economy our idol. Not even Christians see through it anymore, to our great shame.

We could be converted if we wished, and I pray that we are someday.

As it stands, though, beyond a superficial aesthetic level, nobody cares.

Not very funny, perhaps, but that’s my take on the crap-for-SNAP box.

February 16, 2018
No Surprises, Only Grief, at the Parkland Massacre
Next Post

February 20, 2018 Seven Last Words: Today You Will be With Me in Paradise
Recent Comments
0 | Leave a Comment
Browse Our Archives
Follow Us!