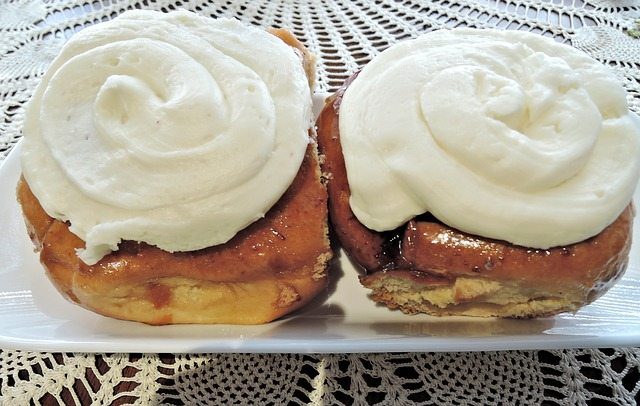 Rosie was excited to tell me what she learned in her Eastern Catholic catechism class. They’re learning about Confession lately, and though she’s a little young for her first reconciliation, she’s going to classes this year and probably going to receive the sacrament next year.

“If a priest EVER tells anyone’s confession,” Rosie said gravely, “He can NEVER be a priest AGAIN.”

“That’s true,” I said solemnly. “Confession is totally secret and the priest is never allowed to tell anyone. And if anyone asks you what you said in confession–”

“Well,” I said, “It doesn’t exactly work like that. But the point is, if anyone asks you don’t tell them. Even if I asked you what you said in confession, you should tell me no.”

Rose likes new grown-up words almost as much as she likes her catechism class. But she rarely gets the words right on her first try. “No one’s a fluffy bun!” she said. “Don’t be a fluffy bun!”

I don’t think I’ve laughed so hard in a long time.

I can see where she got the first word. The “her” in “heretic” sounds like “hair” which made her think of fluff. I don’t know were the “buns” comes from. But what a fantastic nelogism. What a great name for a plain old heretic. I’m going to denounce heretics as “fluffy buns” all the time now, and I invite you to join me. Let’s make this an internet sensation.

After all, there’s nothing your average self-aggrandizing false teacher likes more than being taken seriously. Genuine, willful heresy, rather than just being mistaken, is nearly always accompanied by an oafish gravitas like the demons in the Screwtape letters. What better way to counter vainglory than with an endearment like “fluffy bun?” No one can be taken seriously when they’ve been called “fluffy buns.” “Fluffy bun” instantly defuses the situation.

The next time somebody tells me that I am required on pain of sin to believe this or that private revelation just because it was approved by Rome, I’ll tell them that’s a bunch of fluffy buns.

If a commentator tells me it’s a sin to vote for any political party but Republicans, I’ll respond in two words: fluffy buns.

That gentleman who followed me around campus telling me that monarchy is the only form of government Catholics are allowed to approve of? He was nothing but a fluffy bun.

My old, wild-eyed Regnum Christi leader who informed us that “You can’t see God. If you see God you drop dead instantly. You can only see Jesus,” thus denying the Trinity– and when I thought she’d misspoken, she did it again? Just a garden variety fluffy bun.

Excitable housewives who claim that since the documents of Vatican II don’t mention mantillas, that means mantillas are required? Fluffy buns.

Tiresome people who think the Novus Ordo of the Latin Rite is an invalid liturgy? I curse thee with candle, fluff and buns.

Those who vociferously decry sexual immorality but claim that robbing the poor of their livelihood is not a sin that cries out to Heaven anymore? One a penny, two a penny, fluffy buns.

I feel 100% better about life if I substitute “fluffy buns” for “heretic.” Just see if you don’t.