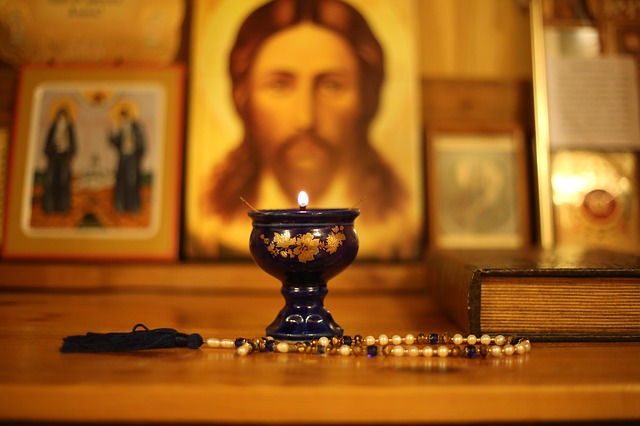 I caught the last bus home from Wal Mart. It was quite dark, it was bitter cold, and I was exhausted.

I’d bought too much to carry, as usual. I’d tried to save time by going to the self-checkout and stuffing my jumble of cloth bags myself.  There was a box of fresh strawberries, stuffed at a bad angle near the top of the mess.

That was the first thing to spill when I grabbed all but one bag handle, spraying the contents of that bag all over the salt-flecked sidewalk. The plastic container burst open on contact, and half berries rolled all over the sidewalk.

An old man in a shabby brown coat hopped off the bus to help me. I stuffed what I could into the bag, and he grabbed an armload of things that had spilled. We both stumbled onto the bus together.

In the green glow of a traffic light, as we rolled out of the parking lot, I noticed the strawberry box. It was far more than half full. The fruit that had rolled all over the wet, salty pavement had been mixed in with the fruit that stayed clean.

“I picked up as many of your strawberries as I could,” said the old man proudly.

We chatted about my daughter for a few minutes.

“You should tell her a joke,” said the shabby old man. “What did one snowman say to another? ‘Do you smell carrots?’ Tell her that. Can you remember that punch line?”

I laughed politely and said that I could.

We rode in silence for several minutes– no noise but the muzak on the bus’s radio, and no light but the fluorescent street lamps.

“I just got outa the hospital,” whispered the shabby old man. “Had the flu, then the bronchitis. They just discharged me. I’ve gotta get my prescription.  Hope I can get some cough drops.”

“Can you spare a dollar?” asked the man softly, not wanting to draw the attention of the driver. There’s probably a rule about panhandling on buses, and this was the worst night of the winter to be stuck walking home, with or without a cough.

“Sorry, I don’t think I have cash,” I said quickly; then I remembered I did. I’d taken my husband’s wallet instead of my own because he had the bank card last and I was in a hurry. If we’re not flat broke in any given week, Michael tries to keep a few dollar bills in his wallet to give to beggars. There are always beggars in this town, on and off the bus. There was a time when I would have told him that that was making the problem worse, that the beggar would only buy drugs if you gave him cash, but that was long ago. That was before we were truly poor ourselves.

I suppose cough drops are a drug, of a sort, but I was willing to be part of that transaction. Besides, he’d rescued me at the bus stop and gone to a lot of trouble ruining the strawberries. I owed him.  I opened the wallet too wide, accidentally displaying that there was more than just one dollar in it, and I gave the man what he’d asked for.

“Glad I could help,” I answered sincerely.

We rode in silence again.

Eventually the man pulled a pair of ugly dollar store sunglasses out of his coat. “Do you wear sunglasses?”

“Does your husband? These are real nice sunglasses. They prevent snow blindness.”

“They look pretty,” I said, because he seemed to expect an answer.

“I’ll give ’em to you if you give me another dollar.”

I wanted the sunglasses somewhat less than I’d wanted salty, muddy strawberries. But I wanted the man to have his cough drops. I gave him a dollar, mentioning as if to myself that it was my last.

The man did not hand me sunglasses. Instead, he reached into another of his shabby pockets. A moment later, our little section of the bus was bathed in glimmering orange light. I stared, dazed, more than a little confused; for a second, I really thought he’d lit something on fire.

Then I realized he was handing me an electric votive candle, the kind they sell at the same dollar store where he’d likely gotten the sunglasses.

I turned off the LED flicker bulb and slipped it into my shopping bag as the shabby man told me about all the homeschooling crafts I could do with my daughter and a dollar store electric votive candle. We parted like old friends when the bus got to Kroger– I prayed he didn’t have far to walk in the cold, after he bought his medicine.

When I got home, I instructed Rose to wash the strawberries very thoroughly. I told her the joke about the snowmen.

I found the candle, and put it in my dim icon corner. Orange light danced and played across the images of the saints and martyrs, the Holy Archangels, the Theotokos, the Most Holy Trinity. Most of my icons are just laminated plastic, or plywood I painted myself with cheap paint; only one was really gilt with proper gold leaf by a real iconographer. But they all looked golden just then.

I wonder if the shabby old man knows the gift he gave me.

February 20, 2018
Seven Last Words: Today You Will be With Me in Paradise
Next Post