Do We Really Want The Death Penalty For Drug Dealers?

Do We Really Want The Death Penalty For Drug Dealers? March 16, 2018 Mary Pezzulo 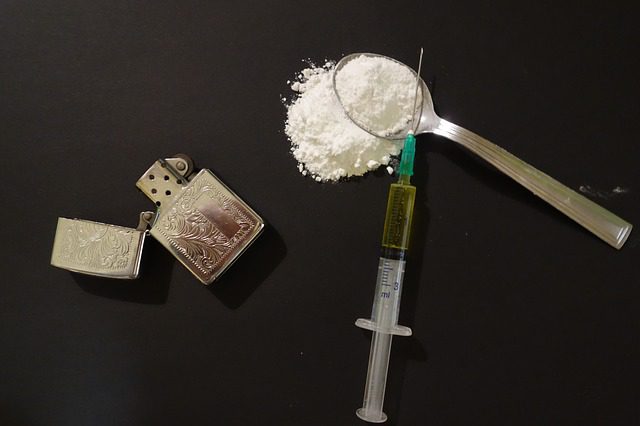 You’ve likely heard by now that the president wants to have drug dealers executed.

And this is not one of those ideas he’s just ranting about; his official “opioid plan” could be released as early as Monday, and it includes the option of executing drug dealers if they were “directly responsible for a death.”

I understand that on some levels this sounds like a tempting idea. They’re not nice people, after all. They’re drug dealers, the scum of the earth, and they did cause  death. Who would miss them?  It sounds logical that killing drug dealers would make things better, just as killing germs would make an infection go away.

Of course, in practice, it could never be anything like that simple.

Do any of you know any drug dealers?

Do any of you know any drug dealers who were responsible for a death?

I do– or I did. It’s not someone from here in Steubenville. It was in another city. My dear friend had an adult son whose name I’m not going to disclose– I’ll call him Max, after Maximilian Mary Kolbe, the patron saint of drug addicts. Max was a painter, a talented artist. His mother loved him very much and so did his baby brother– that’s how I met Max, one day when I was babysitting. Max came to the door and his brother danced and squealed with joy, calling his name. Max was deeply loved.

Max was also addicted to heroin.

I don’t know how he got addicted– he had already been for some time when I met his mother.

I was raised to believe that drug addiction happens when a stranger offers children a free hit at the playground and the children are too stupid to “just say no.” My class practiced this scenario time and again in our weekly DARE program sessions, with a friendly policeman playing the part of the stranger. We watched videos about it. We crowed with laughter at children stupid enough to think that taking the drugs would make them popular and glamorous, when in fact they made them clumsy and oafish. Most of the people I know were raised with the same belief: that drug addiction is the result of a stupid voluntary choice and addicts have no one to blame but themselves.

But in real life, that’s not how people become addicts. People become addicts for very different reasons. It’s often because they followed the doctor’s orders and took high doses of opioid painkillers as directed, and found themselves with a dependency they couldn’t break without professional help. When the prescription ran out professional help wasn’t available, the withdrawal was unbearable. They started buying opioids illegally and then ended up on heroin. That’s not the only way to become an addict, of course. Many addicts were severely mentally ill to begin with, and turned to drugs in a desperate attempt to manage their conditions because other help wasn’t available or it wasn’t enough. I once read the statistic that eighty per cent of Vietnam Veterans being treated for PTSD were also addicted to one drug or another– addiction and post-traumatic stress disorder go hand in hand. Other times, people become heroin addicts because they are slaves. They’re kidnapped, or sold to pimps by their parents or foster parents as teenagers, and then injected with heroin and forced to work in prostitution. They can’t just run away because the police will arrest them for prostitution, and having prostitution on their record means they’re ineligible for government assistance– no housing assistance, no EBT, nothing. Imagine trying to rebuild your life with a serious addiction under those conditions. These are just some of the reasons why real people find themselves addicted to drugs.

It’s terrifying to face the fact that so many drug addicts become the way they are for reasons that aren’t entirely their fault. It would be comforting to imagine they’re all worthless junkies who didn’t pay attention in DARE class. It would be pleasant to pretend that no one undergoes the horrendous suffering of drug addiction unless they earn it through their own stupidity. But the fact is, it’s far more complicated than that. Anyone can become a drug addict. You and I could. That is something that could happen, and it could happen through circumstances we can’t control.

In any case, for whatever reason, Max was addicted to heroin. For awhile he was homeless. This tormented his mother, but she couldn’t let him in her house. Every time she did, the moment her back was turned, Max would steal from her– not because he was evil but because he was sick. He was enduring the agony of drug withdrawal, and when you’re in drug withdrawal you’ll do anything to get out of drug withdrawal, including steal from your mom and baby brother. I know that some of you think you wouldn’t, but you have no idea what you would do. The agony of heroin withdrawal is not not something that lends itself to rational thinking; it lends itself to a desperate thirst for more heroin.

Max found a place to live in a friend’s garage. It had electric lighting, but no heat or plumbing. The friend expected a small rental fee from Max– and Max also had to eat, and he was still in heroin withdrawal. He needed money.

He needed money, but no one was lining up to hire a heroin addict who lived in a garage. So he stole from other people– and I know that some of you think you wouldn’t do that in his situation, but you don’t know what you’d do.

And then he started selling heroin. 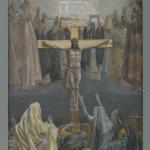 March 20, 2018 Seven Last Words: It Is Consummated
Recent Comments
0 | Leave a Comment
Browse Our Archives
get the latest from
Steel Magnificat
Sign up for our newsletter
POPULAR AT PATHEOS Catholic
1