Seven Steps to a Catholic What?

A Catholic society wouldn’t resemble some fruity, idealized painting of a European monarchy. It would resemble Christ, the Head of the Church. Christ did not find Himself a good wife. He took for His bride you and me– our souls, each of our souls individually and the whole ragtag bunch of us as One body, not because we were strategically convenient but because He loves us. Christ did not raise traditional children; He did not start an earthly dynasty. Instead, He commanded that we be one family, that everyone who hears His voice and keeps His commands be His brother, sister and mother. He brought not peace but the sword to traditional, complacent, materially convenient families; he turned fathers against sons and mothers against daughters, because anyone who loves his place in an earthly family more than they love Him is not worthy of Him. He chose the weak, not as vassals but as brothers, friends, apostles, and gave over to them the keys to the Kingdom which is not of this world. He set a little child in our midst and named that child greatest in that Kingdom.

His Kingdom is still not of this world. We who serve Christ the King live in the world, but we are not of the world. We cannot use people and worship power the way earthly kingdoms do. It’s antithetical to everything Christ taught. It’s quite literally Anti-Christ.

I don’t think there’s any danger that the Facebook Monarchists will succeed in their Seven Steps.

But if they somehow do, it will be the duty of every Catholic to oppose them in the name of Christ. 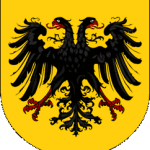 May 7, 2018
"The Counter-Revolution" and The Spirit of the Antichrist
Next Post

May 10, 2018 Lilacs in Labelle
Recent Comments
0 | Leave a Comment
"Please provide actual a citation for your claim. Also, republicans aren't against he;ping, they just ..."
SJH Save Lives or Punish People? Which ..."
"Good article, but why leave out America's greatest sin - Abortion?"
Mike Meads I Will Not Teach American Exceptionalism
"Hi Mary: If I may, allow me to provide some thoughts. The fatigue of fibromyalgia ..."
michael platt, md On a Bright Day
"God, Family, Country (and Notre Dame)"
Mark Couzin I Will Not Teach American Exceptionalism
Browse Our Archives
get the latest from
Steel Magnificat
Sign up for our newsletter
POPULAR AT PATHEOS Catholic
1