What’s Happening at the Border? Answers to Common Questions 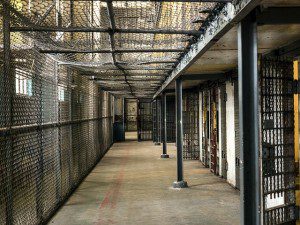 I’ve been asked a lot of questions about the human-rights crisis going on at the Southern border in recent weeks. I know a lot of us are facing questions. I’ve decided to try and write out my answers here, in case any of my readers are curious or are being asked the same thing and don’t know how to respond.

Q: Aren’t these people lawbreakers? Aren’t they all illegals? Don’t lawbreakers usually get their children taken away by CPS?

A: Not as many as you might think. Many are actually asylum seekers, which is legal under United States Code 1158, yet they’re being imprisoned and having their children taken from them anyway. Many more are entering the country illegally for the first time, which is usually a misdemeanor. The punishment for a first-time misdemeanor, for a United States citizen at least, is often a fine or a warning, not prison. For illegal aliens a first offense usually means deportation with any prison sentence suspended. Also, if children are taken away by CPS, they’re housed with a relative or in foster care or group homes, not in prisons or tent camps. The camps are only for Latino children crossing the Southern border. Surely you can see something unjust about singling out children of a certain race for punishment.

Furthermore, when children are taken from their parents by CPS, it’s at least ostensibly for the children’s protection. Jeff Sessions has flat-out admitted to the press that this is not for their protection, but to “get the message out” that we don’t want any more asylum seekers. He’s not trying to make life easier for children, he’s deliberately hurting them for the sake of scaring away other people.

None of this is to say that I have zero problems with how the children of United-States citizens accused of crimes are treated, but that’s a topic for another day. We can protect these children right now without compromising on other issues.

Q: I heard that the children were really being taken away in case they were victims of trafficking, and then reunited with their parents as quickly as possible.

A: You heard wrong. First of all, Sessions and the rest of them have come out and said that they’re not taking the children away for fear of trafficking, they’re taking them away to scare others. Secondly, they are not being returned to the parents in a timely fashion. Indeed, they might not be returned at all. The process by which the children are separated from their parents is extremely haphazard. We have to face the fact that many of these families are never going to be reunited. Parents are already being deported without their children. The United States broke them on purpose to prove a point. Now they’re permanently broken. That’s why it’s got to stop now.

Q: What’s making Mexicans risk this in the first place? A good parent would never put their children through this!
A: Actually, many of these people are not Mexican but from Central and South America, traveling through Mexico to America. They’re taking this risk because their countries are torn apart by war, gang violence and extreme poverty and they’re afraid their children will die. Imagine fearing so much for your children’s safety that you’d risk what’s going on in America to make them safer. Imagine that, and try to empathize.

Q: Obama did exactly the same thing and nobody cared!

A: Obama’s policies on immigration left tons to be desired, it’s true. And a lot of people were very angry with him about that. The tragedy we’re seeing right now is in many ways a direct descendant of the gradually worsening policies of the last several presidents, and both Republicans and Democrats have a lot of injustice to answer for. There are some significant differences, however. For one thing, those children behind chain link that were photographed in 2014 were all children who came to this country unaccompanied in the first place. The current administration’s new policy is to separate children from their parents and THEN label them as unaccompanied minors. This is the Trump administration’s draconian policy, adopted to hurt and scare people so they’ll stop coming to America.

June 18, 2018
A Summer Work of Mercy for the Friendship Room
Next Post

June 22, 2018 Two Mothers
Recent Comments
0 | Leave a Comment
"The motto of people like the Twitter poster is "I gloat, therefore I am". They ..."
alwayspuzzled If You Shame A Sex Worker…
"Sounds great! Thanks, Mary!"
Stephen Mierendorf A Suggestion For Your Lent This ..."
"Yes, I have seen. Let him produce the bishop."
Mary Diocese of Amarillo: Pavone Not A ..."
"As far as contraception is the subject, France has undergown demographic transition as early as ..."
Edel Fifty Years Ago, If a Guy ..."
Browse Our Archives
Follow Us!