A Lavender Herring: Who is to Blame for Priestly Sexual Abuse?

A Lavender Herring: Who is to Blame for Priestly Sexual Abuse? August 10, 2018 Mary Pezzulo 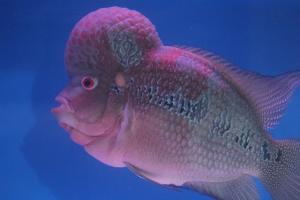 I don’t think there’s some kind of secret gay cabal in the Church.

In case you’re just joining us, the usual suspects are trying to get everyone excited about that tired old idea that the Catholic Church has been infiltrated by a disruptive network of homosexual troublemakers, sometimes called by such fabulous names as the “gay lobby” or the “lavender mafia.” The reason that we’re dealing with abusive people like former Cardinal McCarrick now, and that we were dealing with people like Cardinal Law and Father Maciel over a decade ago, is because the Catholic Church has been secretly invaded by tricksy people who look and act just like faithful Catholics except that they are gay, and are hell bent on getting their gay germs all over. It’s not something you can pick up on unless you’re an expert because they act like all they want to do is be charitable and get along, but inside they are brimming with gay thoughtcrime that could contaminate the whole Church. In addition to being veritable Typhoid Marys of gay, these people are rich and powerful, which is why cowardly leaders in the Church have not successfully purged them. We need to cleanse the gay contamination from our ranks so that abuse will never happen again. I have heard this argument reiterated more times than I can count. Certain people like Michael Voris are always saying it. EWTN likes to talk about it. It’s one of the conspiracy theories that are recycled every other month on LifeSite News, in between word salads about a New World Order and how dangerous my friend Rebecca Bratten Weiss is.

I know I’m treading on thin ice here because if anyone expresses a doubt about this curious idea, they’re accused as being part of this secret gay conspiracy. It’s similar to how when I critique the mainstream, Republican-first-Jesus-sometime-later talking heads of the pro-life movement I’m accused of being a “pro-abort.” But I need to address this conspiracy theory anyway, because I think there’s a much simpler explanation.

I think that what actually happening here, is that powerful and abusive men are abusing whomever they have unsupervised access to. Since priests have unsupervised access to other priests, seminarians and young men or older boys far more often than they do to women and girls, they abuse lower-ranking men and teenage boys fairly often, but on the rarer occasion that they have access to women and girls they abuse them.

Catholic youth culture is a thing I’ve gotten to observe close up quite a bit, after all, and I think my readers are the same. What happens to Catholic youth, when they’re being catechized and when they’re at “youth group?” What’s a typical scenario? The sexes get segregated, and the boys go off with Father to have their boy lecture while the girls go with Mrs. Such-and-Such to hear about modesty in dress and chastity at parties again. Boys go on camping vacations with Father and the the visiting brothers from the missionary team, while girls go “on retreat” and make flower crowns with the nuns. People tacitly expect priests to mentor the altar boys and any strapping young men in the community, while they hold that it wouldn’t be prudent for them to mentor women and girls, and I’m not saying it would be. And what happens? These young men get predated when they’re alone with the abusive priests. Girls don’t get predated in that situation because they’re not usually alone with abusive priests, but it does happen when they are alone with them.

Think of Father Maciel– the prime example of a sexually abusive priest. Of course he abused the young men he was often with, but he also had at least one mistress. That is not the typical pattern of sexual behavior of a secretly gay man. Why would a man hiding his homosexuality secretly have sex with a woman he didn’t enjoy as well? That is the pattern of a narcissistic, sexually abusive man with no self-control living an outward life of celibacy while satisfying his sexual urges on whatever prey was available. His usual prey was men because he could pull that off more easily. When he could have women, he did.

I don’t think this situation is unique to Catholicism either. I think that in any heirarchy, there will be a certain number of powerful people who are abusive and take whatever prey they can get– whatever’s handy below them on the totem pole. This is true of churches; it’s also true of schools, political institutions, sports teams, corporate ladders. I’ve seen it at work in the theater and dance department of a snooty fine arts college. You can see it at work in a pack of wild dogs or a coop full of chickens as well. Any creature that operates with a herd mentality is susceptible to it, and humans were created with a herd mentality.

Humans also have rational souls. We are supposed to rise above the more evil and self-serving instincts with the help of God’s grace. Not to do so is a sin. Our superiors and teachers are supposed to help. When they don’t help but abuse instead, this is a hideous injustice. But it does happen.

Blaming it on a Lavender Mafia is a red herring.

And we’re never going to find effective ways to protect people from sexual abuse, in a Catholic setting or otherwise, if we don’t stop chasing lavender mafia red herrings. There’s a mental image for you.

A certain percentage of powerful people have a tendency to abuse lower-ranking people, and we need effective means to keep such people in check. We clearly don’t have effective means in the Catholic Church at this time. Our bishops have failed to do so and have protected the abusers instead. This is inexcusable and wrong. Catholics need to demand accountability of our clergy. Our clergy need to face consequences where they fail. We all have to stop pretending that being a Catholic, whether ordained or lay, automatically makes you chaste, and that unchastity is the issue when people are abused by their superiors. We realistically probably also need to be as cautious and prudent about allowing authority figures unsupervised access to our sons as we are about our daughters.

That’s a lot less exciting of a conspiracy theory than some insidious “gay lobby,” but it’s the truth.

August 11, 2018 Eliot, Prufrock, and the Millennial Scapegoat
Recent Comments
0 | Leave a Comment
"Poor old Nancy. I've been known to say a boneheaded thing or two in my ..."
Wayfairer The Chauvin Verdict is Just, but ..."
"You are telling a sad truth. But keep it up. My daughter works in retail ..."
Todd Flowerday The Chauvin Verdict is Just, but ..."
"609.43. Misconduct of public officer or employeeA public officer or employee who does any of ..."
Bemused America is Guilty as Sin
"Kneeling on a neck isn't an "unapproved restraining technique." It's trying to suffocate someone. When ..."
Mary America is Guilty as Sin
Browse Our Archives
get the latest from
Steel Magnificat
Sign up for our newsletter
POPULAR AT PATHEOS Catholic
1