Eliot, Prufrock, and the Millennial Scapegoat 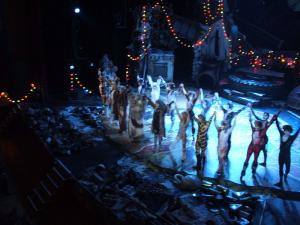 I enjoy poetry. I enjoy T. S. Eliot more than most poets. I’d love to be able to write as he does. When I saw T. S. Eliot mentioned in the title of an essay in The Imaginative Conservative, for a moment I thought it might be a sign of a little bit of imagination.

“How T. S. Eliot Predicted the Coming of Male Millennials” is one of the most idiotic literary essays I’ve seen since I was a freshman in the English department at Otterbein University. The author, Auguste Meyrat, is attempting to argue that the titular character of Eliot’s “The Lovesong of J. Alfred Proufrock” is a precursor to the modern-day indecisive, effeminate male Millennial and just needs some male companions to toughen him up so he’ll have the courage to ask a girl on a date. He does not so much totally misunderstand “The Lovesong of J. Alfred Prufrock” as randomly select a few lines from it and append them to his preferred narrative. Indeed, he writes as though he is a Junior in High School who remembered that he had to write a term paper on Eliot twelve hours before the paper was due– and this is all the more shocking considering that Meyrat is a High School English teacher. He ought to know better. Meyrat provides no compelling textual evidence for his thesis; he takes no time to understand or appreciate the text at all, but rather takes his selected quotes and conscripts them against their will into a rant about how modern men aren’t masculine enough.

As a reminder to anyone unfamiliar, “The Love Song of J. Alfred Prufrock” is a famous and beautiful, occasionally comical poem about an aging man who is extremely socially awkward, and both fascinated and intensely frightened by female company. It is clearly not a literal love song, as might be addressed to a beloved, but a shifting internal monologue as Prufrock explores the territory that lies between himself and a possible love. Prufrock is plagued by fear that someone will notice his bald spot and other signs of aging; by a longing for a meaningful romantic relationship with a woman; and by a nagging consciousness that every social interaction available to him is superficial and largely meaningless. He dreams of seeking escape from this superficiality by taking a lady he admires to a poor dirty neighborhood where people are not pretentious, but does not have the courage to ask her. He doesn’t suffer from “narcissism, vagueness and age” as Meyrat asserts but from typical vanities, social anxiety, and a growing consciousness of his own mortality, which are entirely different.

“T.S. Eliot’s poem, “The Love Song of J. Alfred Prufrock,” shows that men do not need more pleasurable escapes or more time, but loving friends and an introduction to reality. They need to listen to human voices instead of the illusive mermaids out in the ocean. And they need to do this before the shock becomes too great and they drown…” and immediately we’re in a morass. The famous mermaids at the end of the poem are not escapist fantastical sirens who sing to Prufrock– they specifically sing “each to each” and ignore him, a fact which blows Meyrat’s analysis completely out of the water. They are, in fact, a metaphor for the attractive yet off-putting and ultimately unattainable nature of female companionship for Prufrock.

August 10, 2018
A Lavender Herring: Who is to Blame for Priestly Sexual Abuse?
Next Post

August 12, 2018 No One is a Bicycle: Why we Need a New Pro-Life Movement
Recent Comments
0 | Leave a Comment
Browse Our Archives
Follow Us!