Something Rotten in the Diocese of Arlington 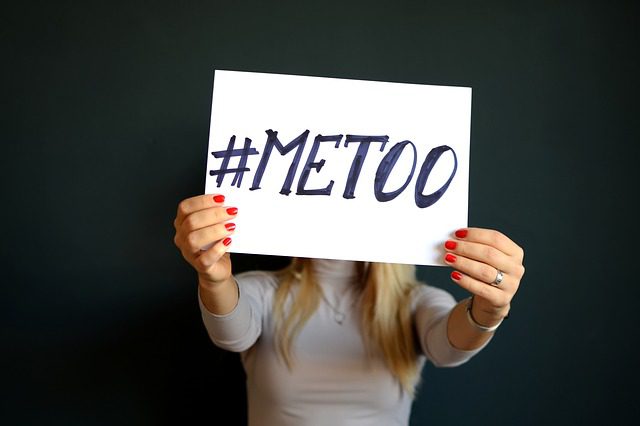 Today, on Twitter, the Diocese of Arlington posted an extremely optimistic tweet, which led to a strange dialogue. The dialogue was full of guarded, qualified, slippery statements which have me extremely concerned. I am going to post screengrabs of the tweets and then transcripts underneath for anyone who can’t see them clearly. 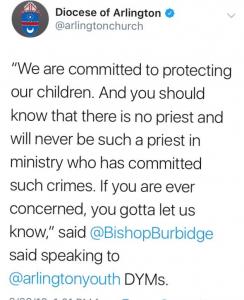 The diocese started off with “We are committed to protecting our children. And you should know that there is no priest and will never be such a priest in ministry who has committed such crimes. If you are ever concerned, you gotta let us know,” said Bishop Burbidge said [sic] speaking to Arlingtonyouth DYMs.”

This is a suspicious statement right off the bat. How could the bishop be absolutely sure there was no such priest in ministry who had committed such crimes? How could he possibly be certain there would never, ever be such a priest unless he was planning on never allowing a priest to be in ministry ever again at all? If he was encouraging youth to come forward and let him know their concerns, he must have at least believed in the possibility that there was such a priest “in ministry.” Unless he planned to say “thank you for your concern” and then write off any reports as nonsense.

Then it gets downright scary. A person who goes by the Twitter handle “Cat in the Hat” but somehow shows up in these screenshots my friend took as a bunch of question marks got on and expressed his or her concern to the bishop at once. 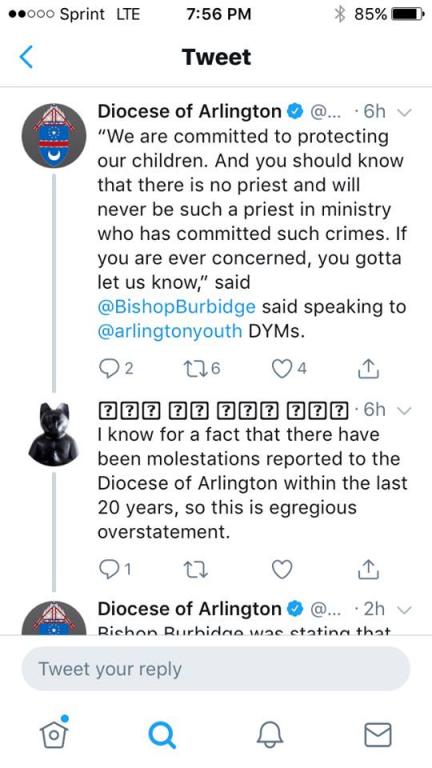 “I know for fact that there have been molestations reported to the Diocese of Arlington within the past 20 years, so this is egregious overstatement,” says Cat in the Hat.

All right, anyone can claim they “know for fact” that something is the case on Twitter and that doesn’t necessarily make it so. However it would be surprising if there were NOT any molestations reported to the Diocese of Arlington in the past 20 years. Arlington is a pretty big diocese. 20 years is a pretty long time. One in five girls and one in twenty boys will be a victim of sexual assault in their childhood, whether they’re Catholic or not. Any institution, secular or religious, which is that big spanning that amount of time and involving families with children is going to have some kind of accusations of sexual misconduct hurled in its history; that’s just the terrible world we live in. And more importantly, here’s a concerned person speaking up as the bishop requested.

So how does the diocese respond to the concern? Weirdly. 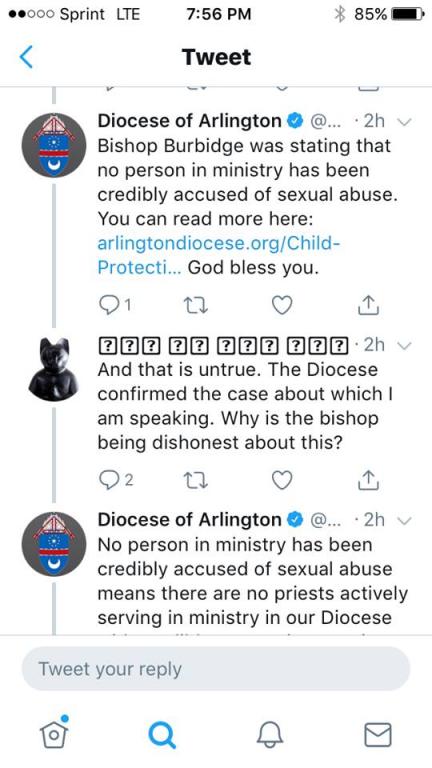 “Bishop Burbidge was stating that no person in ministry had been credibly accused of sexual abuse. You can read more here… God bless you.”

Cat in the Hat wasn’t done, though. “And that is untrue. The diocese confirmed the case of which I am speaking. Why is the bishop being dishonest about this?”

And the diocese, speaking in public on Twitter for the world to see, didn’t deny what Cat in the Hat said. 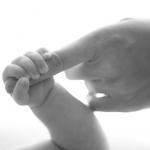