How I Homeschooled on a Shoestring Budget

How I Homeschooled on a Shoestring Budget September 8, 2018 Mary Pezzulo

The second category was Catechism. Last year Rose took Eastern Catholic Formation with our church for free and once a week I read Bible stories to her from our Bible; sometimes I let her watch videos of those cheesy Hannah Barbara Stories from the Bible cartoons which are all over Youtube. This year, due to our distance from an Eastern church and transportation issues, we’re in between parishes, so I’m going to teach her from an Orthodox textbook a friend gave me called A Child’s Garden of Theotokos; I’ll let you know how I like it.

The third category was “topics,” a series of unit studies that covered all the other things I was supposed to teach in the arts and humanities, social studies and sciences. I found that one “topic” in addition to Catechism and the three R’s was plenty for Kindergarten– one unit study on a single topic for two to six weeks depending on Rose’s interest level and how complicated the topic was. We did “The Solar System” for a month, for example, and then “Africa” for another month, “Knights” for a month and so on. We varied topics enough to make sure she was learning a variety of things in science, social studies, health and the arts– all the things that Ohio requires them to learn about but doesn’t care how. Now that she’s in first grade we do two topics in addition to our three R’s and Catechism: one in the sciences or geography and one in the arts or history. Right at the moment we’re finishing up a six-week unit study on aquatic habitats and in the middle of another that will probably be even longer on theater appreciation.

The way you put together a topic unit study, is to go to the library and borrow several children’s book on that topic. More books than you’ll read is always better than just getting a few. Bring a nice sturdy cloth bag for this, because the paper ones the librarian gives you break instantly. Then get online and find videos to supplement the reading, if you like videos. Some parents don’t want their children to watch any TV while homeschooling and I respect that, but I found videos to supplement the lessons extremely useful. If you have an Amazon Prime subscription, you can get a PBS Kids add-on for $4.99 a month and have access to all of Reading Rainbow, Kratt’s Creatures, Mister Rogers and other things to supplement your lessons. If you’ve got Netflix, Netflix has some Bill Nye and a nice series for theater appreciation called Julie’s Greenroom. Of course you can also get DVDs for free through your local library and save even more money, though in my experience those DVDs are beat up and don’t play very well. Once you’ve got your books, put together some projects or field trips to hold the children’s interest. Older kids can write a report on their topic as a final project, but Rose was just the right age to color a big coloring sheet and enjoy a trip to the museum and that was plenty. Read a book a day or several times a week, watch a couple videos a week, pepper your weeks with activities or field trips as needed, and you’re done.

When we learned about dinosaurs, for example, I read her picture books about dinosaurs until I was just about ready to go crazy. Then I showed her Bill Nye videos about geology and any other videos I could find about dinosaurs. Michael found one of those cardboard build-a-model-dinosaur-skeletons at Ollie’s and we put it together and photographed it. We got a few of those messy plaster stones with a plastic dinosaur skeleton inside from another discount store, and Rosie played archaeologist. When I was in Pittsburgh for the Convivium conference, Michael took Rosie on a day-long field trip to see the dinosaurs at the Carnegie museum, and that was a complete unit study. When we learned about Africa, I drew a big poster of the continent and Rosie colored in the different climates with her markers. Then I read her the Unicef “Children Just Like Me” books’ sections on Africa. Every time we read about a new child, we google image searched the child’s home town and put a sticker for its location on our homemade map. I also had her watch every episode of Kratt’s Creatures about African animals with our Amazon Prime account.

Somehow, through all of this, I produced a successful first-grader who loves books, says her prayers, knows her dinosaurs and can identify the continents on a map, and I did it for a very low price.

As I said, I don’t care how anyone else educates her children. This was something we stumbled on, and it works for us. 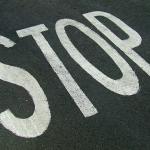 September 8, 2018 Eleven Things That Definitely Won't Stop Priestly Sexual Abuse
Recent Comments
0 | Leave a Comment
"The plows finally came after dark. I couldn't get to the grocery store, no cream ..."
Mary Dear Ohio: A Word About Snow
"At least in Texas we have an excuse. Last January, we had the most snow ..."
Illithid Dear Ohio: A Word About Snow
"I actually did do an IP ban, but maybe they drove to a library or ..."
Mary Yet Another Take on The Pillar ..."
"usually they refer to the Jewish teaching that the life of the baby begins with ..."
Mary A Word on the March for ..."
Browse Our Archives
get the latest updates from
Steel Magnificat
and the Patheos
Catholic
Channel
POPULAR AT PATHEOS Catholic
1