My Pro-Life Vote This Year 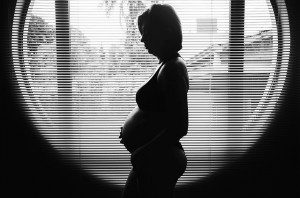 “A Catholic would be guilty of formal cooperation in evil, and so unworthy to present himself for Holy Communion, if he were to deliberately vote for a candidate precisely because of the candidate’s permissive stand on abortion and/or euthanasia. When a Catholic does not share a candidate’s stand in favour of abortion and/or euthanasia, but votes for that candidate for other reasons, it is considered remote material cooperation, which can be permitted in the presence of proportionate reasons.”

That is not a quote from some guitar-playing hippie dissident priest, it’s from at-the-time Cardinal Ratzinger, now Pope Emeritus Benedict XVI. Whatever you think of Pope Emeritus Benedict, he is certainly competent to speak on the practical application of moral theology to voting. Especially since, in this instance, he was not only writing as a competent theologian but as the prefect of the CDF.

I used to think that it was a sin for American Catholics not to vote Republican, because they were (on paper) the major party that was against abortion while the Democrats were not.

I have come to understand, in recent years, that it would be a sin to vote for a candidate who is permissive on abortion, if I did so BECAUSE he or she was permissive on abortion. But if I do it for other, proportionate reasons, I do nothing wrong, I haven’t sinned. I may have done a good deed by choosing what I absolutely thought was best. I may have made an honest mistake for which I have no moral culpability. But at minimum, I definitely didn’t sin.

And this is good, because the fact is, on Tuesday I’m going to vote. And the fact is, no matter which button I push, I’m going to have to vote for someone who is permissive on abortion. And you likely are too. You probably don’t have a choice about that.

Let’s look at the current situation.

We have, in this country, two political parties that stand a snowball’s chance at being in charge. Would that it were different. Would that all the tiny little political parties had an equal chance and nobody was going to win a majority, but that’s not going to happen in 2018. In 2018 we have two to choose from. One of these parties, the Democratic party, says they are pro-choice– that is, they want abortion to be legal in case any woman wants one. I believe that that is gravely wrong because I believe that unborn children have personhood and ought to be protected. Their mothers also have personhood too which cannot be disregarded, but the Catholic response is to find solutions that honor everyone’s personhood. The other party, the Republican party, says they are pro-life and want to make abortion illegal.

In practice, right now, all three branches of our government are completely controlled by Republicans. There’s certainly a limit to what they can do, but they could do a lot. I know the president signed the Mexico City Policy, as all Republican presidents have, but that’s actually a relatively small thing compared to what could be done. Congress could easily have de-funded Planned Parenthood if they wanted to, for example. If there was agreement among them they could have drafted a law and voted on it within a few days, then sent it to the president and he would’ve signed it and that would be that. And I do not mean an enormous bloated and complicated law doing all kinds of things they actually want and also de-funding Planned Parenthood as a token. I mean a law of about one paragraph merely permanently de-funding Planned Parenthood, nothing else. If that was their priority, they could’ve done so. They could have done it in January last year. They had almost two whole years to pass that law or something like it. They had the time. They didn’t do it.

What they did do instead, was to try and pass laws that would hurt people– and that would, in practice, increase the number of unborn babies who died. Democrats, or at least the ones I’ve ever heard from on the topic, don’t actually want specific pregnancies terminated; they just want to allow a woman who’s decided she wants to terminate her pregnancy to do so, and I believe that’s wrong of them. But in the past two years I have witnessed Republicans try as hard as they can to ram through a law that would, in practice, kill unborn babies and put their mothers in danger as well whether the mothers wanted abortions or not. They tried as hard as they could to pass the American Healthcare Act which would have crippled obstetricians’ and crisis pregnancy centers’ ability to help women keep their babies, and I outlined the reasons it would have here. Yes, it would have also de-funded Planned Parenthood for one measly year, not forever, but at what cost? What good would it do if it also de-funded so many other things in practice? Twenty-four million newly uninsured people with nowhere to go and no chance to get medicaid. If any of those people happened to be pregnant women, it would have been much easier for them to be convinced to just get an abortion for the reasons I outlined in that earlier post. And it would have been monstrously more likely that they and their unborn children would be hurt or killed whether they wanted it or not. That’s not counting the other damage it would have done, just its influence on the number of abortions and of unborn babies dead by accident. It was a law that was not pro-life but specifically pro-abortion. And they tried as hard as they could to pass it.

In addition to that, what has the party that claims to be pro-life done? They have done nothing to rein in the president as he goes more and more off the rails.

November 1, 2018
A Legacy of Scandal: Sheltering Abuse at Franciscan University
Next Post