Where Love and Loving-kindness Are 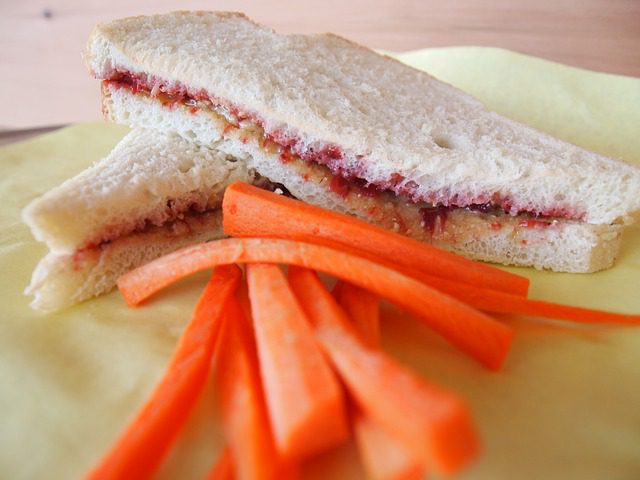 I was downtown again, with an hour to kill.

Rosie was at her martial arts class, so I had nothing to do but walk around and amuse myself alone until she finished.

Oftentimes, when I’m downtown, I’ll drop in to see Christ at the Adoration Chapel, but it was after six o’clock so the doors were locked. On the one hand I’d hoped to pray there for a minute. I had been too sick to go to Mass on Trinity Sunday, so I felt empty and alone. On the other hand, honestly, I was glad for the excuse not to go into a church. I don’t think there’s any shame in admitting that the Church is not a comfortable place right now. I don’t know a single Catholic who hasn’t had their faith shaken. Most of my friends have left entirely. I haven’t, but I don’t feel at home.

A friend who was abused by priests recently told me that she saw a statue with an inscription declaring the Catholic Church “both mother and whore” at the Vatican. And she said to herself, “she is not my mother.”

I was shocked by her boldness. You’re not supposed to say that. You’re supposed to say “Mother Church” and believe it. I’ve been saying it for years, no matter how bad things got. Through the spiritual abuse growing up; through the Catholic schools; through my years in Steubenville growing more disillusioned by the day, I’ve always called the Church my mother. I’ve even tried to reconcile the cognitive dissonance here on the blog, obediently calling the Church a mother.

But can I truthfully say that she has been a mother?

A placenta, yes. She is that necessary organ that nourishes me; the ugly, pulsing balloon of veins and pink flesh that connects me to Christ, and without her I’m sure I would die. But isn’t a mother more than a placenta?

Aren’t mothers supposed to be loving?

Aren’t they glad, when their children come home at the end of the day?

Don’t they provide a safe and welcoming refuge where children are loved exactly as they are, yet helped to grow up to reach their full potential?  Don’t they wipe away tears? Don’t they apologize if they caused tears and really mean it? Don’t they consciously nurture, comfort and protect? Wouldn’t they rather die than cause their little ones to stumble?

Isn’t that what I’ve always tried to be to my own daughter?

If I who am evil know how to be a mother, can I say in perfect honesty that the Catholic Church is my mother?

I have never in my life experienced the Catholic Church as a mother.

Christ has been a mother to me. I was raised to believe it’s the most offensive blasphemy in the world to call God by any female pronoun or term, but He Himself didn’t think so. He called Himself a hen who gathers chicks under Her wings. He compared Himself to the vain housewife who sweeps the whole house to find her coin, and the coin is us. The coin is a soul, my soul. And He has always been there for me: in the Eucharist, and in the other sacraments, but also out here in the dark. When I am alone, Christ is with me; when I suffer, He suffers; when I pray, He prays in me. When no one on earth wants me, He still does. When the Church is locked for the night, He remains open, everywhere present and filling all things. I’m not a theologian, but that’s how I’ve always understood His presence. That’s how I feel Him, and that’s what I know to be true when I can’t feel Him.

Christ is my Mother.

I got a text from my husband just then, that there was money in the bank from the paypal tip jar. We’d been flat broke, but this would free us up to “go shopping.” That’s what the text said: “We’ve got XYZ, if you want to go shopping.”

There isn’t really a place to go shopping downtown, though it’s less bleak than it used to be. I had a cold brew coffee at the new coffee house, which is actually very good. They had real cream.

I walked to Family Dollar, the closest thing downtown has to a grocery store,  to buy toothpaste. While I was there, I wandered over to the grocery section. I grabbed foods I can’t eat, things that would swell my stomach and make it hurt for a week: just-add-water pancake mix and syrup, regular semolina spaghetti and sauce, instant Alfredo noodles, instant macaroni and cheese, NutriGrain bars. I grabbed canned spinach and a six-pack of applesauce, a can of fruit cocktail, another can of shredded chicken.  It came to about twenty dollars.

I carried the bags three blocks, to that duplex house with the funny blue door across the street from the locked church, and none too soon. There was nothing in the Friendship Room’s Little Free Grocery cupboard when I got there, except a single sack of pinto beans.

I filled the cupboard, cheating a little, opening the packages of granola bars and macaroni cups so I could spread them out and take up more room. I put the pancake mix in sideways facing front like a brand new book on display at the front of a library. I spent a ridiculous amount of time fussing over my gifts, determined to make them fill that whole cupboard. I didn’t want to see any empty space. I don’t want there to be any empty space, not in all the universe. I want there to be love and loving-kindness everywhere present and filling all things. And I know that He is already there. I’ve met Him in the empty places more often than I can say. But I wanted to see Him for once. I wanted to see my Mother.

I stood back to admire my work– the cupboard full of breakfast and lunch for somebody, all the food groups represented including junk food in that bottle of syrup. A meal, a kindness, a thing that a mother would do.

Forgive me. I know you’re not supposed to boast about your own acts of charity. But this wasn’t an act of charity at all; it was pure selfishness. I would have died if I hadn’t done it.

I was thirsty from all that walking and carrying. I went to see if there were any chilled water bottles in the cooler on the porch. The Friendship Room leaves out water for anybody who happens by on hot evenings like this; they also put peanut butter sandwiches in the cooler, for people who have no dinner and didn’t come in time to eat with them.

When I opened the cooler, it was filled to the top with lunches. Not just peanut butter and jelly but organized lunches: a neat little sandwich, a piece of fruit, a bag of chips, a candy bar, a juice box, packaged together in a plastic bag. There were more than a dozen carefully packed lunches, kindly put together by some other mother to fill what is empty and without love.

Where love and loving-kindness are, there is God.

There is my Mother. 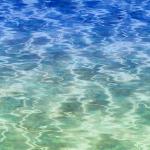 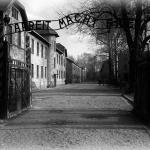 June 20, 2019 What if They're Not Concentration Camps?
Recent Comments
0 | Leave a Comment
"The aborted victim of... a drag queen?"
Mary Nobody Prays at the Slumlord’s House
"Who said anything about “want[ing] affirmation”? She wrote about how priests should apologize when they ..."
Peter Priests Never Say They’re Sorry
"You aren't entitled to someone else's approval. Since you want affirmation and will not receive ..."
Iconodule Priests Never Say They’re Sorry
"the first problem is the "Rosary", and second none of most of those things you ..."
Frank Holzhauser Nobody Prays at the Slumlord’s House
Browse Our Archives
Related posts from Steel Magnificat 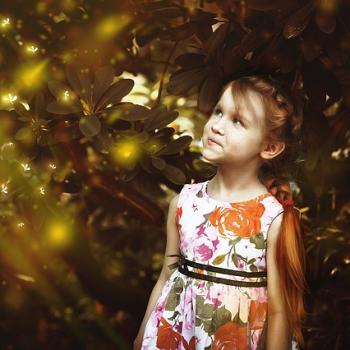