Why I’m Not Calling Mike Pence a Fake Christian 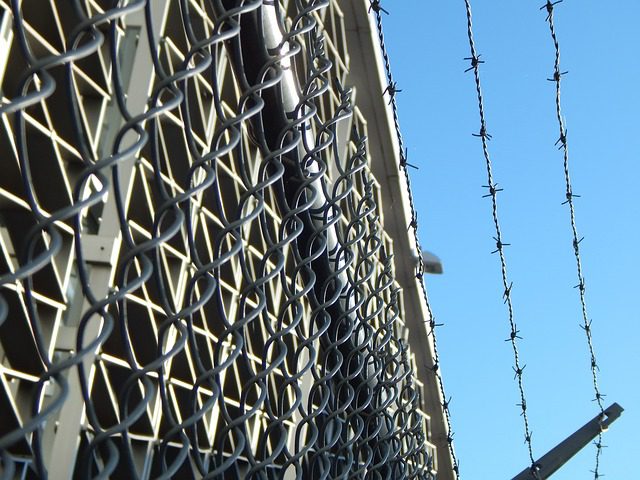 I saw videos circling the internet— the video footage of Mike Pence in a black blazer and polo shirt, standing before a cage full of desperate men. The men were making fours and zeros with their fingers, crying that they had been there forty days with no shower.  And Pence stared absolutely coldly at them, not addressing them, just watching them suffer. Later he tweeted that the prisoners were receiving care that any American would be proud of, and that the news outlets were liars.

I don’t think I’ve ever seen a more hellish spectacle: prisoners crammed into a cage in total violation of any rule against cruel and unusual punishment, begging for mercy; a man with the power to help them coldly glaring and coming back to tell everyone it was all right.

I haven’t been truly sickened by what this administration has done in a very long time. The horrors build up one after another until I’m numb. But I was sickened just then, and I was angry. I shook with anger and the horror that I could do little to stop this cruelty. I shook with anger that people look to this monstrosity as a pro-life Christian.

But I’m not going to do that.

There are not really hard and fast qualifications for the kind of person who gets to become a Christian. Anyone who wants to can become a Christian. You take refuge in Christ, you get baptized, you’re in. If you’re Catholic Christian like me, you believe that being baptized in the Name of the Father and of the Son and of the Holy Ghost creates an indelible seal that will never be washed away– the person who is baptized is a Christian for eternity, even if he renounces that baptism. Even if he lives a completely anti-Christian life. Even if he dies in mortal sin and goes to hell, that damned soul will be a damned Christian.

Some Christians are the kindest, most Christlike people you can meet. And some are monsters.

Like it or not, this is our circus and every Christian is one of our monkeys. He’s a Christian, and so am I, and so is the Pope, and so was Father Maciel. John of the Cross and the people who tortured him were Christians. Joan of Arc and the clerics who had her burned alive were Christians. Bloody Mary and her half sister Elizabeth, and all the Protestants and Catholics who got executed for their faith under their respective rules, were Christians. All of us who bear the seal are Christians, and some of us are monsters as well. That’s not a contradiction.

It’s too easy to cop out and say “a man who would do such a thing isn’t a true Christian,” but we shouldn’t do it.  I have done it many times, but I shouldn’t either and I’m going to try to stop. First of all because it isn’t true, and also because it just puts you into a squabble that goes on forever. Christians are always tossing around accusations of not being true Christians. I had a troll on facebook just the other day who told me I shouldn’t present myself for Holy Communion because I don’t support Donald Trump’s immigration policies. I could easily tell her she’s not a true Christian for supporting them, and we could bat the accusation back and forth forever like a game of tennis. Some of my Protestant brothers and sisters are probably in the comment box right now composing their apologetic and telling me that I’m wrong to think that Baptism is the difference between someone who’s Christian and someone who isn’t; I’m sure some of them will say that Catholics aren’t Christians unless they “get saved” according to this or that Protestant formula. And then there are the Catholics who will shoot back and say that Protestants are “not Christians but heretics,” which makes absolutely no sense, and some Orthodox person will laugh at all of us, and on we’ll go until Christ comes back and finds us bickering still. There’s no end. I firmly believe that there are right and wrong answers, but bellowing them at one another has no end. It’s a waste of valuable time.

Mike Pence is a Christian, and what he and his admirers are doing is a sin. It is a public sin creating grave scandal for the whole world, because people might look at that cruelty and think that Christ could ever approve of such a thing. That being “tough on crime” by committing crimes against humanity is Christian. That abusing people that severely for a misdemeanor offense (or no offense at all in the case of asylum seekers), because they are from Mexico and Central America instead of somewhere else, is something that the Christ in Whom there is no Jew or Greek, East or West, would approve. They may, sensibly at this point, come to the conclusion that Christianity is a pack of lies.

I’m not saying Christ wholeheartedly approves of the Democratic agenda or of any other human agenda either; I’m merely pointing to the situation at the Southern border and what we are doing to refugees, and saying that it’s a sin. And to stare coldly at refugees desperate for help, crying to you for a shower, begging to be let out of a cage, to do nothing to relieve their suffering, and to come home and say that all is well, is a grave sin. It’s the exact sin that Jesus said would drag a soul to hell.

It’s not important to squabble over who’s a fake Christian. What’s important is that not everyone who says to Christ “Lord, Lord” will enter the Kingdom of Heaven, but he that does the will of the Father.

We must be about our Father’s work. Denouncing grave scandal is absolutely part of that work, but then there are the other 23 hours of the day– that is, if you all take about an hour to type out a blog post like I do. That gives us plenty of time for feeding the hungry, giving drink to the thirsty, ransoming the captive and so on. That’s what’s really important.

There are some captives at the Southern border who are in agony right now, and we need to turn our attention to helping them.

If you’d like to find out what you can do to get them out, I have compiled a few suggestions. 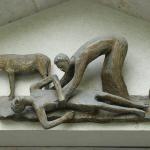 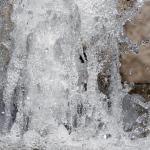