Frank Pavone Talks Back, and I Have More Questions

Frank Pavone Talks Back, and I Have More Questions September 23, 2019 Mary Pezzulo

I never thought I’d hear from the infamous Frank Pavone. He has me blocked on Facebook. He hasn’t offered any answers or corrections on anything I’ve written in the three years I’ve been writing about him. But to my great surprise, today, when I was talking about him on Twitter, he– or at least his Twitter account– showed up.

I had mentioned something about an aborted baby that Pavone “refuses to bury” in conversation, and he set me straight, claiming he had documentation of the baby’s burial, so I asked him to send it to my boss. He also ribbed me for my “journalism” which is silly; I’m not a journalist, I just comment on the news. And everything I’m saying here is just my commentary and opinion. I would make a rotten journalist.

Pavone emailed my editor a single jpeg photograph of a document. This was meant to be proof that the John or Jane doe he displayed naked on a desecrated Catholic altar in a truly sick video in order to influence the 2016 election had been given a proper burial after the stunt. As you may recall, a lot of people wrote to me with evidence that this was the same baby as the one he’s been displaying for public funerals as far back as the 90s.

The document is a document of internment for “Baby Ryan,” a boy, born 11-1-2016, died 11-1-2016. The baby used in Pavone’s sacrilegious publicity stunt was said by the National Catholic Register to be a “he” and a victim of a prostaglandin abortion, though I can’t say how they verified that. On the certificate, the baby is said to be interred December 6th, 2016 at 10 AM, just under a month after the infamous video was aired. There was no outer burial container, no witnesses to the lowering, no courtesy memorial. The document is not signed by Pavone but by one Jerry Horn, and his relation to the deceased is illegible; I think it’s “friend.”

I have no reason to believe this document is fake. Of course I have no proof that this is for the burial of the particular baby that was used on the video instead of some other child. The baby wasn’t wearing a name tag, or anything else. But I assume it is. I am glad that the child has been buried. And if I have mistaken him for any of the other dead bodies Pavone has publicly displayed, when in fact they’re all different, I apologize for my mistakes. I also apologize for assuming that Ryan wasn’t buried when there was so much controversy surrounding the event and Pavone gave conflicting statements. But I do have several questions.

First of all, why was there no burial container, no courtesy memorial and no witness to the lowering? People who love Frank Pavone tell me over and over that he performs the work of mercy of burying the dead; fetuses are entrusted to him for Christian burial and that’s what he does with them. To me, Christian burial also involves the customary mourners and prayers at the graveside. Is this his standard method of laying the babies to rest? If so, do the people who entrust them to him and the people who give him money to do it know that this is the package they’re getting?

Secondly, if Baby Ryan really did die on November first, and was entrusted to Pavone for burial by a “protestant minister” who got him from a “pathologist” who got the corpse from an “abortion facility” as we have been told, what was he doing flopped naked onto an altar for a video on November Sixth? Where was he being kept for that week? You can’t just borrow a dead body awaiting burial from a mortuary or something. Was he being kept in an icebox at the Priests for Life offices? Whether the baby counts as human remains or, tragically, medical waste, is any of this legal, or sanitary for that matter– completely barring the fact that it’s disrespectful treatment of a corpse whether it’s legal or sanitary or not?

Next,  if that baby was buried on December 6th, 2016, why did Pavone claim the baby was already buried on November 8th of that year? On November 8th, 2016, Pavone posted an apology for his stunt on Youtube. In the video, he claims that “I’ve already celebrated that baby’s funeral, that baby is, is already, uh, laid to rest.” The video has since been deleted, but plenty of people watched and remarked upon it; here’s my colleague Keith Michael Estrada’s reaction.

And if Pavone believed the baby had been “laid to rest” on or before November 8th, why did he tell the National Catholic Register “he did not know when the baby would be buried. He said the body was out of his hands and back with the Protestant minister” who loaned the body to Pavone in the first place, the one he claims got it from a pathologist who took it from an abortion facility? Is the Protestant minister the one who arranged this burial?

And were efforts made to contact Baby Ryan’s next of kin? I know, we’re told that his mother had an abortion. But abortions this far along in gestation are not the same as a panicked woman taking an abortion pill at eight weeks. Often, these are done to babies the mother deeply wanted to keep, because she was told this was the merciful option in the case of a severe sickness or birth defect. I’m a Catholic and I don’t think people ought to do that, but we have to have compassion for a mother in such a terrible situation. And I recall so many stories I was told in Catholic school and homeschooling about mothers who were victims of rape or incest, and the family forced them to abort when she started “showing,” as well. How do we know this wasn’t one of these cases? And we’ve all been told of abortions gotten by the mother when the father or some other relative wanted that baby and would’ve agreed to adopt them as well.

Surely Pavone knows about situations like these, as he prides himself on his work counseling post-abortive women and seems to think he’s very gentle and compassionate with them. Why wasn’t his first response to ask the minister to ask the pathologist, who already seems to have committed a crime in removing the corpse from the “abortion facility,” to go snooping through the records and find Baby Ryan’s family as well? If he didn’t do this, he named the baby himself and used it naked and dirty on a Catholic altar for a political ad without consulting the baby’s next of kin, and that seems grossly unethical. Frank Pavone keeps comparing his actions to Emmett Till’s mother holding an open-casket funeral, but he isn’t Baby Ryan’s mother. He’s not the next of kin. He should never have made this call himself.

And how do we even know this baby was aborted? I’m not saying Pavone lied, but he says himself that there are two degrees of separation between himself and the baby’s death. He says he had a specialist look at the corpse at some point in the month before the burial, and we’ll have to take him and that unnamed specialist at their word. But prostaglandin is also used to deliver babies who have already died, such as in a late miscarriage or stillbirth. Since there was such a skeevy anonymous chain of events leading to Father Pavone’s political video, how does everyone involved know that the baby came from an abortion clinic and not a hospital pathology lab? What if this baby died of natural causes? As my friend Doctor Dan Conway, a neonatologist, has publicly pointed out, the markings on the body that Pavone says are bruising from prostaglandin abortion, and which covered the poor child’s body all over except for a clear patch on the buttocks, could also be totally consistent with purpuric sepsis. No one has been told who this baby is or where he came from, so we can’t be sure any part of the baby’s story is true.

And here is my other question: where is the baby I have identified as Jane Doe, and whom Priests for Life flippantly call “Baby Choice?” Because even though the baby on the altar in that video may not be Jane Doe, at least one Jane Doe exists. 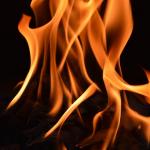 September 25, 2019 Notes on the Verge of Impeachment
Recent Comments
0 | Leave a Comment
Browse Our Archives
get the latest from
Steel Magnificat
Sign up for our newsletter
POPULAR AT PATHEOS Catholic
1

Is “The Chosen” Realistic to the...
Messy Inspirations
Related posts from Steel Magnificat 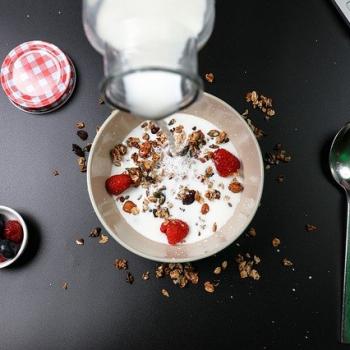