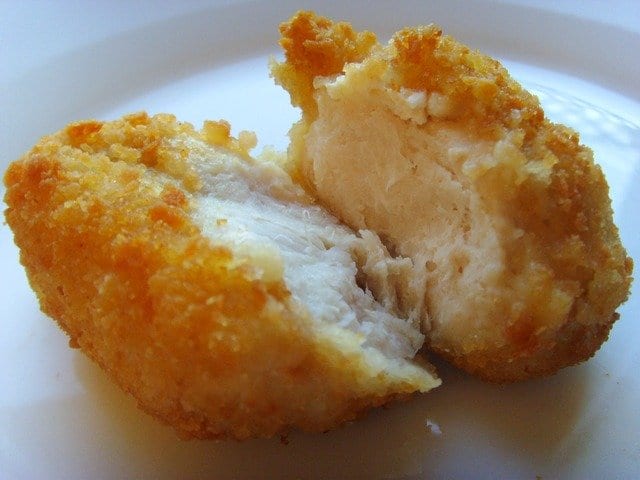 I remember full well when Christians decided that it was a work of mercy to support Chick-Fil-A.

It was shortly after Rosie was born; I was still recovering from the childbirth disaster, Michael was trying to finish school, and Rosie had just learned to crawl. We were the poorest we had ever been. We had an EBT card and a gift from a relative that covered rent and very little else, and that was all. We lived in a dangerous, terrifying apartment with an upstairs neighbor who got high and pounded on the ceiling so hard she once broke our light fixture. It was the end of the month– we were out of EBT money and almost out of groceries, and both the gas and the electric were in danger of shutoff the next day.

We did have a computer, and there was wi-fi we shared with the downstairs neighbor. That was how I found out that all my good Catholic friends were going to be participating in a “Chick-Fil-A BUY-cott” to support the company. They were outraged that LGBTQ people were boycotting Chick-Fil-A just because Chick-Fil-A donated to conservative organizations that were against LGBTQ people, and this was how they were going to take a stand: by performing the good Christian work of everyone converging to crowd the restaurants and buy a whole lot of Chick-Fil-A goodies on the same day, and eating it themselves.

I read this over breakfast, which was sparse; we had nothing in the house but some beans which I was saving for lunch, a jar of jam, and a few bottles of some awful blood-sugar balancing “shakes” I’d bought awhile ago when the doctor momentarily thought my poor health was due to diabetes. I’d stuffed it away in the cupboard when I found out I wasn’t, because the “shakes” tasted sort of like tin.

That day, we couldn’t afford to be picky. I drank the “shake” and ate a spoonful of jam. Michael had some of the beans but not too much, because Rosie was breastfeeding and I had to stay well nourished for that. I posted a snarky joke about the worthlessness of the Chick-Fil-A buy-cott on facebook, and the three of us went downtown to plead with agencies about the bills in shutoff. It was a very narrow escape, but we got signed up for the HEAP program and all was well for the moment.

I came home and got on Facebook, to see the photos. Every one of my good Catholic friends had posted photos of their holy and righteous God-fearing lunch: photo after photo of the daily-Mass-going Franciscan University recent graduate set, their grinning satisfied faces shiny with grease, holding up greasy bags fairly bursting with junk food. There were photos of nuns in full habit eating junk food, priests in their collars eating junk food, Amish buggies pulled up next to the drive-thru window.

There was also an angry comment from an FUS friend (or someone I’d thought was a friend) calling me “stupid and immature” for making fun of the buy-cott. This was very important, he said. It sent a message to anyone who thought they could influence a CEO’s religious beliefs and his right to express them any way he wanted. This would send a message to anyone who thought they could discriminate against a corporation based on its CEO’s religious beliefs. This was about freedom, that was all, freedom of religion and freedom of speech, and it was VERY solemn and important.

Perhaps I’m still a little bitter about that entire day.

Perhaps I am very bitter indeed.

But in any case, I learned a valuable lesson. American conservative Christians, the Evangelicals and the Catholics who think they’re supposed to act like Evangelicals, believe that boycotting a company because of their religious beliefs is wrong. Everyone needs to be free to express and practice their religion in any way they want. That is absolutely sacred, more sacred than checking in on your poor friends and making sure they don’t need a hand at the end of the month. This is about freedom: freedom of religion and freedom of speech.

This month, as I’ve read on the news, Chick-Fil-A has decided to stop making donations to the Salvation Army and the Fellowship of Christian Athletes, two organizations that have been criticized by the LGBTQ community. They have decided to exercise their freedom of religion and freedom of expression by donating their own money to somebody else instead; they’re going to support some homeless shelters and food banks, among other things.

American Conservative Christians are just fine with this and have been very understanding and supportive.

I kid, I kid, they’re furious. They’re having full-blown tantrums.

Mike Huckabee weighed in on Twitter, “The sad message of Chick-fil-A is quite clear- they surrendered to anti- Christian hate groups. Tragic.”

Rod Dreher, the devout Orthodox Christian who famously opined that poverty is a destructive culture and we should all feel threatened if poor people move into the neighborhood, wrote an entire article about it.

David Robert Gordon, who writes for One Peter Five and always seems to be talking about true Christian manliness and headship, had the most unmanful tantrum I’ve ever seen about a chicken sandwich:

“Boycott Chick-Fil-A. Retrograde deserters and cowards must be left out to rot for their treachery. Sick of cowards and compromisers. Yellow bellies would rather be profitable than faithful. Ni shagu nazad!”

He’s this furious that a fast food chain was unfaithful… to giving donations to the Salvation Army, a religion he doesn’t even belong to. He’s screaming at them in Russian transliterated from Cyrillic. He’s a traditionalist Catholic screaming a slogan coined by an atheist regime, at a fast food restaurant owned by Protestants, about their not supporting a Protestant church that agrees with Catholics on next to nothing.

Relevant Magazine, far from a left-wing publication, has tried to talk sense into everyone about how maybe it’s actually not bad that a  corporation run by Christians has decided to restructure its charitable giving and give to homeless shelters and food banks in obedience to Matthew 25,  but they’re not listening.

And as for me, I’m just taking it all in.

Somewhere along the line, American Christians have gone so ridiculously off track that they think the practice of their faith has everything to do with owning the libs– so much so that they’ll ignore their poor friends to do it. So much so that donating money to a food bank seems like a betrayal of their Christian values.

I refuse to let these people represent my faith for me anymore. I’m not going to boycott chick-fil-a and I’m not going to buy-cott it either. I don’t even like chicken sandwiches.  I’m going to boycott this whole idiotic anti-Christian culture war and do something for Christ instead. The next time I get paid I’m going to go to the grocery store and put together a nice big meal for The Friendship Room’s homeless guests– something with a good hearty entree, a salad and a dessert. Maybe I’ll make Italian wedding soup.

Our culture here in America is never going to show us how to behave as Christians. Neither the conservative culture nor the liberal culture is. We are in the world but not of it. We have to listen to Christ, not talking heads. And Christ commanded us to care for our neighbor, not all this nonsense.

If you’d like to boycott the culture war and help your neighbor in Christ’s name, you can join me. You can mail a check, or a package of shelf-stable food, to Center of Hope/Friendship Room, PO Box 53, Steubenville, OH, 43952. If you want to send them a package from Amazon Grocery, bear in mind that you can go to smile.amazon.com, select The Friendship Room as your charity, and shop as you normally would, and a small donation will be made to The Friendship Room at no cost to you. If you live locally, you can bring them a hot meal or even doordash them something at their physical address at 419 Logan Street, Steubenville. This time of year they also need adult-sized warm winter clothing and disposable hand warmers, and they just put up a request for Christmas decorations to put up for their guests.

Deus Vult, Ni shagu nazad, damn the torpedoes, step on the gas, whatever. Let’s do this for Jesus and for our neighbor.

They’re the people who are worth caring about anyway. 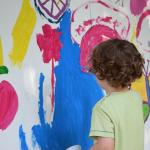 November 18, 2019
No, Father Valanmanal, Autism is Not a Punishment
Next Post 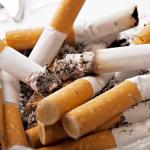