Fifty Years Ago, If a Guy Said to a Girl… 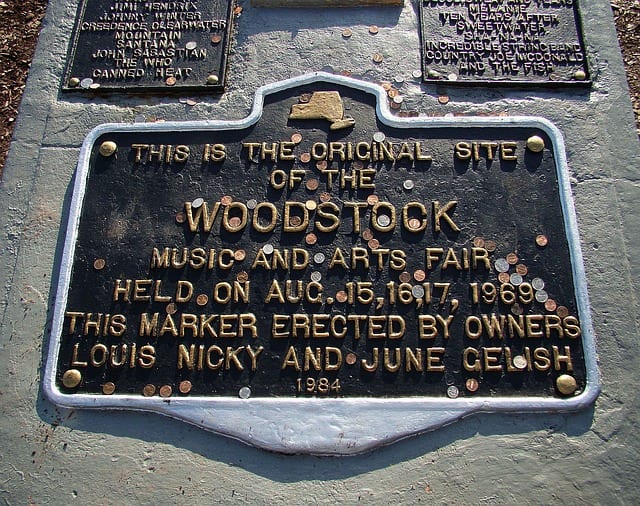 I don’t usually comment on “The Transformed Wife,” whose real name is Lori Alexander. I try not to comment because I am still half convinced that she’s going to reveal herself to be a troll at any moment. Her remarks on marriage and being a woman are so laughably horrible that it seems like low-hanging fruit. She is a caricature of a vicious stereotype. It doesn’t really seem fair to break down why she is wrong, most of the time.

Today, however, all my friends were sharing a tweet of hers that was at the same time so nonsensical and so typical of a certain school of thought, so I feel I can’t let it pass by without comment.

What contraception has done. 50 years ago, if a guy said to a girl, “I want to have sex with you.” She could rightly conclude, “This guy wants to marry me, father my children & build a life with me!” What does it mean today? It means, “You’re hot & I want an orgasm from you.”

I’m not going to get into the Transformed Wife’s unique understanding of sexual intercourse– apparently she thinks men before fifty years ago didn’t climax. But that’s not what I want to harp on right now. I want to look at the time frame she’s referencing, “fifty years ago.”

As a myriad of people have already pointed out: fifty years ago, it was 1970. That was the year the Beatles broke up and shortly after California passed the first “no fault divorce” law. Jimmi Hendrix and Janis Joplin both passed away in 1970. Woodstock, which is rated R and portrays naked concertgoers in the mud, was a wildly popular movie in 1970.

Fifty years ago, if a guy said to a girl, “I want to have sex with you,” she might well have said “Groovy!” and climbed into the carpeted backseat of his van. People had casual sex in 1970. In fact, they were pretty big on it. It’s something the 70s were known for– as were the 60s, for that matter.

1970, fifty years ago, was also the year that social workers took custody of “Genie,” a 13-year-old girl who had been kept tied up in her crib or to a potty in her bedroom with little food and no stimulation from the time she was a baby. Her father was a horrendously abusive man who beat his wife constantly and made Genie’s older sister sleep in the garage until she died of pneumonia. He allegedly kept Genie completely secluded, and physically and emotionally tortured her if she made any noise, for over a decade, because a doctor had speculated that she might turn out to be intellectually disabled and the father didn’t want anyone to find out about that. Genie’s father committed suicide before his abuse case went to trial; Genie herself never recovered or was able to have a normal life.

Fifty years ago, if a guy said to a girl, “I want to have sex with you,” that was as dangerous a proposition as at any other time whether they got married or not. In 1970, as in every other year, getting married and “building a life” in a traditional nuclear family was no guarantee that you or your children would be cared for or safe. Genie’s case is an extreme example, but there were plenty of abusive parents and spouses who didn’t make the news in 1970, and in 1960, and in 1770, and at every other time.

None of this has anything to do with contraception. The first oral contraceptives were approved by the FDA in 1960, and the Supreme Court upheld the right of married couples to use contraception in 1965– though, of course, contraceptive methods have existed throughout history. There were all kinds of nasty reusable condoms available in the 1800s in Europe. There were even yuckier methods used in ancient Egypt– honey and acacia used as spermicide, for example. Hippocrates recommended taking Queen Anne’s Lace orally as a contraceptive. I am a Catholic; I’ve never used birth control in my life and don’t intend to start now. But I’d have to be an idiot to look at contraception as some kind of brand new modern evil from fifty years ago. It just isn’t true.

This is something I’ve often noticed about people who ascribe to an extreme complementarianism– not just believing that men and women have unique traits that complement each other, which I don’t really think is disputable, but people who think it’s a moral imperative that all women be an extreme simpering stereotype of a 20th century housewife and all men be Pa Ingalls. I’m talking about the kind of people who think it’s a sin for women to work outside the home, and that rape and domestic violence are usually the woman’s fault for not being the right kind of woman. People who think girls who like sports and wear jeans are doing something wrong, as are boys who cry when upset and sometimes play gently with dolls.

Extreme complementarians seem to be stuck in about 1980. They think the seemingly wholesome 50s were just a generation ago, and that they’re still fifty years out from the Great Depression. They are still parroting that old chestnut about half of all marriages ending in divorce, which was closer to true when I was a child. But divorce rates have been dropping rapidly since the 80s; the divorce rate for people who married in the 2000s is about 15%. We spoiled, entitled Millennials are a lot more careful about whom we marry than people were fifty years ago in the hedonistic seventies.  A lot of that huge number of divorces back when no-fault divorce became available, were of marriages that were abusive, but it wasn’t socially acceptable for the couple to separate or not to marry in the first place.

All of extreme complementarians’ talking points seem to come from an era that never really existed at all, but is well and gone now. And instead of being glad it’s over, happy about the lower divorce rate, they’re still going on about “attacks on the family” and how people used to be proper gentlemen and ladies in the good old days.

It would do us well to remember that there is no such thing as an era of history when “the family” was particularly safe, nor where a family was always a safe place to be. Not any more than there was an era of history with no contraception– at least not since the time when human beings discovered how sex, pregnancy and childbirth were connected. There have only ever been humans. Humans often make bad choices that use and hurt people, but we can also choose to be good. Humans who strive to be good, by the grace of God, can often form strong and healthy families. Actual human couples can choose to complement one another, in ways that affirm and celebrate each other and their own unique differences, and that can be very healthy. But vicious stereotypes of perfect submissive housewives and virile authoritative men don’t make for good marriages because vicious stereotypes don’t exist in real life. People who desperately try to conform to a standard that doesn’t exist will make for a miserable marriage. This is true in any era.

As I said last month, there is nothing new under the sun, and yearning for an era that doesn’t exist will not help us in any way.

And now I will go back to ignoring The Transformed Wife.