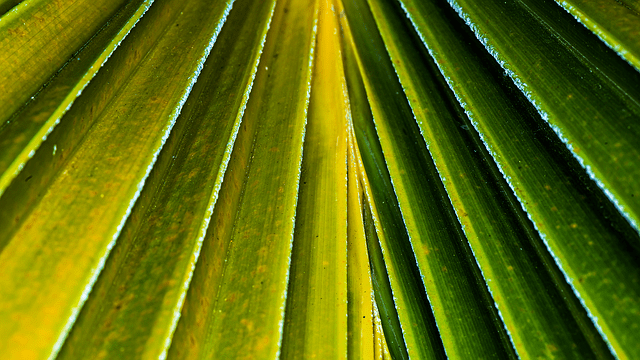 I woke up afraid, as usual.

I don’t know if any writing fully conveys the anxiety I feel. I am scared all the time. I am not so scared of dying myself, as I am of other people dying and my having to watch, helpless. I am scared of people I love dying and my not getting to say goodbye. I am terrified at the thought of all the suffering I can’t do a thing about. I am selfishly overwhelmed with fear that life will not go back to normal, as bad as normal was. I just want things to be their usual ordinary, boring mishmash. I want my anxiety to make me afraid of something else.

I went to my computer; I checked on the number of dead, and prayed. Then I saw I had an inbox message from a neighbor.

“They’re giving away blessed palms at the Marians of the Immaculate Conception’s new house at ten o’clock!”

It was after ten-thirty.

Most of my readers and those who know me personally have seen that I dress conservatively– usually a skirt or long trousers and 3/4 length sleeves. I prefer to wrap my hair in a scarf when I go to any liturgies or other religious gatherings. I don’t really look at what other people wear in church. I don’t care if anyone else does what I do. It’s just my own eccentric devotion:  dress up for church to remind yourself why you’re there. At the moment I got that message, I was in the clothes I’d slept in– a sports bra and a short-sleeved top over comfy black sweatpants. My hair was tied back in a messy bun.

I slipped on my shoes and ran out the door instantly, with no thought for anything except that I wanted those palms.

LaBelle was warm and awash in beauty.

My neighbor had just finished mowing her lawn; the air was sharp with the smell of her pulverized grass and wild chive. The sun was brilliant overhead. Every tree and flowering bush was in bloom– pear, peach, redbud, magnolia. The narcissus were blooming. The grass in front of every house was spotted with violet and clover. I could believe that Easter was coming in spite of it all– in spite of the plague, in spite of the lockdown, in spite of the thousands of deaths and the long, excruciating Calvary still stretched out before us, life was coming back.

“Hosanna Filio David!” I hummed to myself as I rushed to the Marians’ house. “Benedictus qui venit in nomine Domini! O Rex Israel! Hosanna in excelcis!”

Hail, Son of David. Blessed is He who comes in the Name of the Lord. O, King of Israel, Hosanna in the Highest!

But it felt silly to sing that when I was the one running to Him. And then again it was doubly silly, because I could never run to Him if He had not run to me first, and if He were not running in me now.

My old choir director back in Columbus had observed that the most crowded Masses any day of the year, are on Ash Wednesday and Palm Sunday. She joked that it was because those are the Masses where they give away free things: free ashes and palms. The ashes are made from last years’ burnt palms, of course– palm branches and burnt palm branches, two symbols of death. The palm goes into the hand of the martyr and we all go under the earth together, martyrs, confessors, prophets, apostles, ordinary people like me, sinners all of us, ashes to ashes. Nobody likes to be reminded that they’re going to die, but everybody lines up on Ash Wednesday and Palm Sunday to get their memento mori anyway.

It must be something written into our souls.

“There are palms at the Marians’ house!” somebody cried to me from a porch.

“Why do you think I’m out before noon on a Saturday?”  I joked as I ran– the most human interaction I’ve had outside my home in a week.

The palm branches were fanned out on a little table where the Marians of the Immaculate Conception were standing, several feet away, careful not to touch.

When I was a little girl, I used to play with the palms on Palm Sunday. They were so green and pliable, the perfect thing for bending in half and turning into an imaginary fishing rod or riding crop. I would hold as still as I could, pretending to fish or drive a carriage, during Mass, because if I looked too much like I was playing, my parents would take the palms away. Now, there I was, almost thirty-six years old, standing in the road on the most expensive block in LaBelle in my pajamas, folding fresh palm branches awkwardly in my hands as I chatted with a Brother and a priest.

I asked, on a whim, if they were doing drive-up confessions for Holy Week.

We went out into the parking lot, so far away from the other people that I could say my confession loudly at him, and the priest stood six feet away. He pulled a skinny little ribbon of a purple stole out of the pocket of his hoodie. There were crosses embroidered on each end– I stared at the crosses as I blurted out every failing I could think of, not having time to examine my conscience beforehand.

“I absolve you of all your sins in the name of the Father, and of the Son, and of the Holy Spirit.”

It felt like it ought to be a festive day, so I took a shower and dressed up before breakfast.

There, in the plague time, in this era of unimaginable trial, free among the dead– I was at peace.