In A World Burning 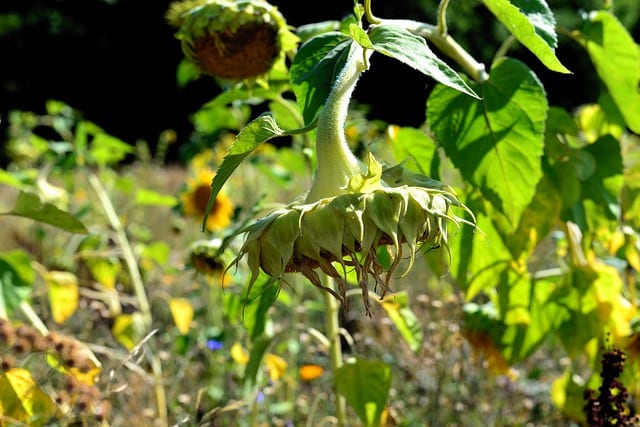 The heat wave goes on in Steubenville.

A few days ago there was a sudden cloudburst– yet another storm that struck out of nowhere, and the sky was pouring sheets and quilts and blankets of rain. I came out an hour later to find my makeshift fence sagging and every plant in the garden leaning weirdly to one side.

It was mercifully cool that evening, but the next day was hotter than ever. The humidity from the storm drove the heat index up into the three-digits, and we were trapped breathless in our musty rental house with the fans and window box air conditioners going full blast. Rosie woke up at the crack of dawn flushed and feverish, terrifying me; I thought we’d somehow have to get out to the hospital for a test, or something worse. I wasn’t going to take a child with a fever on the tiny Steubenville bus, but she was too tired to walk that far in the sweltering sun.

I eventually realized the sickness was just the heat wave baking the house, combined with Rosie’s penchant for only sleeping rolled up in quilts. Cold water and showers brought her back to the correct temperature.

A child getting what looks like a flu bug in the nastiest part of summer used to be a much less alarming situation.

I duck outside in the evenings to pull a few handfuls of crab grass, dump the compost bucket, and water anything that looks droopy. Other than that, it’s too hot to stay out in the garden.

I have not been to Mass since March. They finally opened those churches a month ago, but I can’t carpool during a pandemic, I’d be dead of heat stroke if I walked, the buses don’t run on Sunday and they stop too late on Saturday night to get to a vigil in back– even if I wasn’t afraid to bring a virus home to the family.

I am a spiritual abuse survivor. Mass can be torture for me. Random-seeming things are triggering and make me feel dirty and unsafe. One moment I’m grown-up Mary in my frumpy veil and long skirt, trying to pray, and the next I’m eleven-year-old Mary trapped in that ridiculous prayer group in the Charismatic Renewal, who firmly believed the Great Chastisement was coming and that I’d be possessed by demons if I watched the wrong commercial. Or else I’m fourteen-year-old Mary, going to ECYD meetings, watching the pretty and popular girls go away to be ground into gruel at the dreaded Pre-Candidacy School in Rhode Island.  I’m Mary in my early twenties at Franciscan University, so careful to follow every rule right up until I’m punished for following the rules. I’m Mary a little later in my twenties, when that con artist made a joke that reading the Bible cured insomnia. I told her I wasn’t Christian anymore because of the abuse. She told me it wasn’t right to leave the Faith because I’d been abused, and Jesus wanted me to go back. I obeyed that person. I went to confession and then started attending church regularly again, and I thought she’d been sent by the Mother of God to save my soul. And then she raped me, and for a time I felt like she’d been sent by the Mother of God to punish me for fleeing the Church and bring me back in absolute torment.

There are too many different Marys in my memory, to go to Mass comfortably.

The Church has been the greatest source of pain in my life, bar none. Jesus, on the other hand, is my greatest and sometimes my only consolation. And I can’t receive Him, not sacramentally at least, for an indefinite time. I can have the painful parts of church, the songs and the prayers, by watching it on livestream in my icon corner. But I can’t have the part I find comforting. Meanwhile it’s so hot outside, I could imagine my rental house was located in a particularly boring circle of hell.

The other night I dreamed I was kneeling at the feet of Christ, washing them, and then Saint Mary Magdalene swooped in. I thought to myself, “that’s all right, there was more than one Mary in the Gospel, I’m not Magdalene or the Mother of God, I’m the other Mary.” And I tried to keep up what I was doing, but Mary Magdalene crowded me out in a pushy way to pour perfume on Christ’s feet before I’d finished.  I scooted over to the side of Him and washed His hands, but then she was pouring perfume on those too and I was all crowded out. The next thing I knew I  couldn’t find Christ at all. I was on an adventure, traveling through a dark wood that was crawling with monsters and demons and dotted with unquiet graveyards; there were houses every so often where the windows were lit up with squares of comforting yellow light and the doors were open invitingly, but inside were creatures that looked like municipal bronze statues but shambled about like zombies. My traveling companions kept on telling me we were on our way to Rivendell, we had to get to Rivendell before it was too late, but when we got there it wasn’t Rivendell. It was a great big cathedral, where I asked one of the ushers for a low-gluten Host . He promptly brought it to me, and I received the Body of Christ, and everything was all right for a moment.

Then I woke up, in Steubenville, in a pandemic, in the July heat wave, in a world burning to death, with a garden getting overgrown and no way to get to Mass. Rosie was in the bed next to me, rolled up in my best red comforter. She was red as the comforter herself, hotter than a blast furnace.

I ducked outside for a moment and harvested a handful of royal burgundy bush beans.

If Christ walked up to me in this garden, the way He walked up to that other Mary who was in mourning and thought that she’d lost Him, what would He say?

Would He say my name?

Would I even know which Mary He was calling?

Would I recognize Him?

What would I say in response?

Would I cry? Would I jump into His arms? Would I scream and blaspheme and shake Him tell Him everything I’ve been through trying to find Him at the hands of people who loved Him the most?

Would He tell me in response that He was here all along, it was Him they did it to, when they thought they were doing it to me in His name?

Would that be enough?

Could anything He said be enough?

Then again, it might be enough to hear Him say “Mary,” and know that of all the Marys there had ever been, He was talking to me. If, afterwards, He took my hand, and led Michael and Rosie and me away someplace else where we could forget Steubenville, and Steubenville could burn up behind us like Sodom.

Or, of course, maybe there’s something more. Maybe He could send forth His spirit like the dewfall, cooling the heat wave, rinsing away the pollution and filth, and Steubenville itself would become someplace else. And He would dwell here with us.

Perhaps He is already dwelling here, after all.

This is what I think about, as the heat wave progresses and the pandemic rages, in a world that is burning to death.

July 13, 2020 Where Do You Go When You Go To Mass?
Recent Comments
0 | Leave a Comment
Browse Our Archives
get the latest updates from
Steel Magnificat
and the Patheos
Catholic
Channel
POPULAR AT PATHEOS Catholic
1