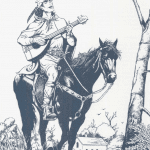 A Love Always Ready and Waiting for Us
God is Love always ready for us, whether we are ready...
view all Catholic blogs
What Are Your Thoughts?leave a comment
Copyright 2008-2021, Patheos. All rights reserved.
error: Content is protected !!