The Courtroom and the Mask

The Courtroom and the Mask April 15, 2021 Mary Pezzulo 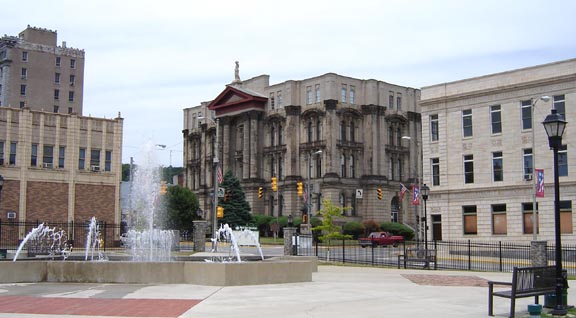 I had never been in court before, not for a proceeding like this.

I went to the courthouse once to get a notarized copy of my marriage certificate, but I didn’t have to go to a courtroom for that. That was more than ten years ago. We were married down at Saint Pete’s. Monsignor married us, but two Franciscan priests concelebrated the Mass. One of them was the man I was going to the courthouse to see.

Father David Morrier was arraigned today, on one count of rape and two of sexual battery.

He was someone I thought I knew and liked. Apparently a lot of former Franciscan University students are now saying they found him creepy, and I don’t disbelieve them. But for some reason I don’t have a good radar for creepy men. I found him to have a certain aura of smiling gentleness that I liked. I wanted that gentleness.  I liked to be smiled at.

I sought him out for confession whenever I could. He used to sit in the pews in Christ the King Chapel, never behind a screen in the confessionals, and I’d slide into the pew next to him. He’d smile welcomingly and hear my confession and lead me through some deliverance prayer. Sometimes he’d hand me a pamphlet he’d written, about how to meditate– I especially liked the meditation prompt where you’re supposed to imagine that you are both Saint Francis and the famous leper Francis embraced, the respectable part of you embracing the ugly part of you. Let the respectable part embrace the disgraced part. Let the well part embrace the sick part. Let the part of you that you present to others, embrace the part of you that you hide. That’s a beautiful thought. I’ve tried to use that meditation in my prayer many times.

Another one of Morrier’s clients or directees, or somebody like that, is the one who told the diocese that he’d raped her. And the diocese says they told the police right when they were told, in 2018. A Grand Jury indicted him on the 7th just a week ago after that investigation. Franciscan University, meanwhile, is apparently telling people he was banned from campus sometime after he left the school in 2014, but as far as I can tell they took their time telling anyone why, since the Franciscan Brothers Third Order Regular transferred him to a church with an elementary school for a few months until they removed him from public ministry in 2015. Even though he was removed from ministry, the TORs were still publicly celebrating his birthday and calling him “Father” in 2019. They haven’t bothered to hide that. This timeline makes no sense to me. Everything about it is wrong. Nobody seems to have cared about anything except getting caught, and they were uniquely bad at not getting caught as well.

I did not see anyone I recognized from Franciscan University in the courtroom when I went in, still not knowing exactly why I was there. Part of me felt like some reprobate version of a Doubting Thomas, who wouldn’t believe a terrible evil unless she saw it with her own eyes. I have seen so much horror coming out of that place in the fourteen years I’ve lived in Steubenville– the constant emotional and spiritual abuse, the bullying, the shunning, the allegations of sexual abuse as well. This was the first time I’d see any of it taken to court. And here, it was the arraignment of a man I’d trusted and thought was one of the good guys in the mess. Somehow I just wanted to see for myself.

I asked the person who looked like she knew what she was doing if we were allowed to go into the room– she turned out to be the court reporter, and she said “yes, sit down six feet apart.” I sat on a bench, then instantly stood up again as the bailiff said “All rise!” and then down again, like a game or a liturgy in a rite I’d never attended before.

Courtrooms are not nearly so majestic in person as they look on television dramas– especially not when everyone save the judge is muffled in a disposable mask. This one was half the size I expected, and stuffy.

I glanced around but couldn’t see Father Morrier anywhere.

There were several arraignments that day. Most of them were over closed circuit television from the jail. Almost all were greasy, disheveled men in bright red jumpsuits and white cloth masks. A few dropped the mask when it was their turn to sit in the noisy metal folding chair in front of the camera and address the judge, but most didn’t. The judge asked them a series of questions, a litany that sounded like: have you received a copy of your indictment? Yes, your honor. Did you read and understand the indictment? Yes, your honor. Can you afford an attorney? No, your honor. Do you have a job? No, not in here, Your Honor. Do you have any property? No, your honor. Do you have a bank account? No, Your Honor. Then the court will appoint an attorney for you. So-and-so will be your attorney.

I thought for a moment of Saint Francis. I thought of him offering to trade clothes with a beggar when he had nothing else to offer, and being pleased when the beggar’s clothes were filthier than his had been. I thought of him declaring that he would be embarrassed to ever find a man poorer than he, because he had embraced Lady Poverty. You can’t get much poorer than a man in a prison jumpsuit in the middle of a pandemic, who cannot afford bond because he is in jail awaiting trial in the first place.

Each time, the attorney would stand up and announce that he meant to read the indictment as soon as possible and plead “not guilty” on behalf of their client. The prosecutor would explain why their bond had been set the way that it was: the horrible violent crimes they were accused of. By the time she finished talking, I would lose any sympathy I had for the poor men on the closed circuit television. And the judge would keep the bond the same, and move on to the next case. Every once in awhile the court reporter would have to repeat something that a defendant had mumbled– she herself was a little easier to understand, though still garbled by the mask. Now and then, she pulled the mask aside to annunciate more carefully.

A man stood up from the benches near where I was, wearing a suit. Not a red jumpsuit but a suit, a nice-looking men’s business suit with a necktie. I had never seen a Franciscan Third Order Regular not wearing a floor-length habit and a three-knot belt. There used to be a joke on campus that Franciscan friars didn’t have knees.

Above the suit, seeming out of place, was the face I remembered smiling at me from the bench in Christ the King Chapel and at my wedding at Saint Pete’s. Those same eyes, over a disposable mask.

I hadn’t just failed to recognize him because of the suit, however. There was something else. That aura of projected gentleness was gone.

The Franciscan who took a vow of poverty was the only one who could afford his own attorney, apparently; the attorney stood up with him and spoke briefly to the judge. I couldn’t make out a word of what was said behind his mask.

Father, Mister, Morrier, did not have to join the disheveled men at the county jail. He was released on his own recognizance because he turned himself in. He walked out of the courtroom quickly to avoid the cameras turned to take a photo. He was allowed to do that.

Just once, he made eye contact with me, but I don’t know if he recognized me. I don’t see why he would. He was someone hundreds of naive young women went to for counsel and healing prayer over his years at Franciscan. And besides, I was wearing a mask.

I left the courtroom with the crowd of people milling out. A few, including the bailiff, were ripping their masks off before they got out of the building, but mine was still on. I sat on another bench to wait for my heart to stop racing.

Mister Morrier and his attorney came out of the clerk’s office right in front of me, still masked. I was slouching on the bench and they were standing, so what I saw was his hand:  the hand that handed me the pamphlet, the hand that I had seen raised absolving me of all my sins in the name of the Father and of the Son and of the Holy Ghost so many times– the hand that reached out to con-celebrate the Eucharist at my wedding, right at eye level, inches from my face. And then the attorney told Mister Morrier to take a seat while he finished just one more thing, before they’d “go over to the jail house.” He wasn’t going to stay in the jail house. Other men accused of sexual assault stay in the jailhouse. It was just his formal booking.

Morrier sat right next to me on the wooden bench, as if we were in confession.

I couldn’t bring myself to move until he had gotten up again. I waited until they were in the elevator; then I made for the big twisting staircase. I walked slowly so I couldn’t possibly run into him.

As I got out of the courthouse, I took off my mask and let in a great big breath of cool, rank, muggy Steubenville air.

They were rounding the corner of the street the last time I saw them: Mister Morrier and his attorney. No one else on the street was masked, except Morrier.

He kept that mask on.

April 9, 2021
Franciscan University Responds to the Father Morrier Rape Indictment, And I Have Questions
Next Post