I Have Decided to Believe In Fairy Tales

I Have Decided to Believe In Fairy Tales June 9, 2021 Mary Pezzulo 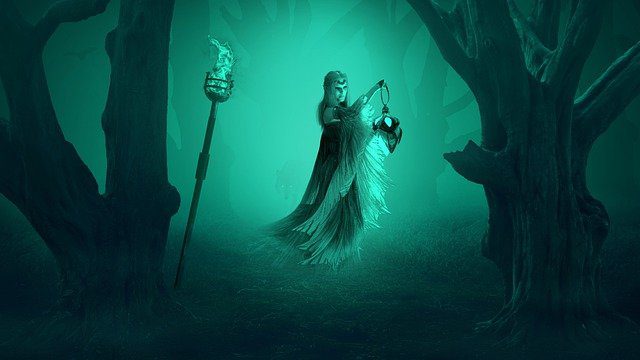 There will not be a garden this year.

People who mean to be encouraging keep telling me to conquer my terror of the menacing neighbor, to talk back to the police and somehow force them to do as I say as if they are my own private militia, to carry a camera to snap a photo of her whenever she trespasses on the property or starts harassing me, but I can’t do that. I just can’t. I get panic attacks in my own backyard after the neighbor’s recent antics. The backyard is going to be left fallow this summer. I have a few containers and I’m planting a tiny container herb garden on the opposite side of the house, next to the friendly retirees who like my gardening, where my other neighbor can’t see. That will have to do.

I’m taking as many day trips away as I can this summer. Rosie and I love to go to the lake, and when we have money we spend the afternoon at a public pool. In the fall we’ll somehow buy a membership to the indoor pool in downtown Weirton and go swimming whenever we like, rain or shine. It’s good to get away for at least a few hours every day. My house isn’t fun.

It’s also not a good place to get work done. I’m writing this in a library right now, because the internet is down in LaBelle for the day. But I think I’m going to be taking my laptop to the library every single day. Over the weekend the menacing neighbor put a weird blinking red light in her window where the nasty signs used to be, and left it on for hours. I still don’t know if that was meant to annoy us or was just her alarm clock going off and her not noticing; I assume the latter. But it scared me, so now I don’t even like sitting on my sofa with my back to her house. I’m afraid the next thing she’ll do is smash the window and I’ll end up with broken glass in my back. I know that’s probably not going to happen, but I involuntarily imagine it happening when I sit down, and that scares me.

While I’m trying to write, I search real estate listings in all the places I’d like to live. I fantasize about fixing up an old foursquare like the one I live in, on a much bigger property, and having a comfortable place of my own. I daydream of a house far away from Labelle, in Pittsburgh or Columbus, on a triple lot, with a postage stamp orchard of dwarf fruit cocktail trees. There will be a grape alley like my grandfather used to have. There will be one of those wooden pyramids of strawberry plants to save room. There will be planters of squash, lettuce, herbs and heirloom tomatoes to share. We will have a rooftop apiary, a koi pond to fill my watering cans, a coop with a flock of Easter Egger Bantams and a laid-back herding dog who doesn’t bother bantams. Rosie will play on a nice fragrant clover lawn we hardly ever have to mow, because clover stays so short. I fantasize about my new house all the time.

Of course, in those fantasies I also have tricked my poly-cystic ovary syndrome into remission and have at least two more children. In those fantasies I go for a walk in the forest near my perfect house and garden, and find a wounded raven with one crushed wing, and I take him home and take care of him. His name is Loki and he likes to sit on my shoulder. Speaking of Loki, in those fantasies I’ve found out that Tom Hiddleston is a distant relative, and he flies over to the States to join me in the garden for tea now and then. He’s always very pleasant and encouraging and gets such a sad look when I talk badly about myself. He tells me I’ve got to remember how far I’ve come from the days when I was trapped in a rental house in a bad part of Steubenville.’ “You’ve got to believe in yourself, Mary,” he says, fixing me with those blue eyes, and I do. He’s extremely convincing.

It’s a fantasy, that’s what I’m saying. It’s all fantasy. Everything I’d like to do is a fantasy and a daydream. I’m too poor, my credit’s a mess, I’m in too much debt. I feel utterly trapped here.

This afternoon the internet stopped working in LaBelle. This happens periodically. AT&T promises it will be back by tomorrow. So I took my laptop in the car and went on a little nomad trip, from library to coffee shop to another branch of the library, so I could do my writing.

On the way, I saw the Aqua Lady.

This is a lady who came here from Germany to study at Franciscan University, and then she got trapped here, because she’s poor and Steubenville has a much cheaper cost of living than Germany. She got kicked out of one apartment, I assume she was homeless for a time, and eventually she found another. She always wears an aqua thermal jacket, even in the boiling armpit of summer. When it rains, she covers her backpack in an aqua tarp and ties it down with bungee cords. When it’s really cold out, she adds an aqua scarf and mittens.

The Aqua Lady doesn’t have an American driver’s license, so she walks or takes the bus everywhere. She’s been walking or taking the bus everywhere for at least ten years. I used to chat with her on the bus all the time– she speaks excellent English, but she has a sweet German accent. When she can’t catch a bus, she walks– up and down Sunset Boulevard, toting that backpack, wearing that jacket, rain or snow or rare sunny days. I have never seen her not wearing aqua. I don’t think I’ve seen her indoors more than once. She is the Aqua Lady, and she exists on the bus or walking up and down the narrow sidewalk on Sunset Boulevard.

This is the second time I’ve seen the Aqua Lady since I’ve had a car. The first time, I rushed to offer her a ride home when I saw her walking into Wendy’s for dinner. But when I finally found a parking place and went into Wendy’s, she was gone. The exhausted clerk at Wendy’s said there was nobody there and they were closing up the dining room, but I could go through the drive through if I wanted. The Aqua Lady was gone without a trace. This time, I saw her waiting with her shopping bag at the bus stop outside Aldi, which is across from one of Steubenville’s two libraries. I was determined to get her home in the luxury of a quiet, air conditioned car instead of the old rumbling bus. But I was on the opposite side of a four-lane road. I had to go through two parking lots and two awkward left turns to get to the correct side of the road. And at that point, I was just in time to see the Aqua Lady get on the bus.

For a second, I was certain that I was in a fantasy. The Aqua Lady was clearly a character from a Grimm folktale; she had spent hundreds of years wandering the Bavarian forest waiting for someone to do her a kindness so she could bless them with a wondrous change of fortune. Then, on a whim, she immigrated to the United States so she could act out the same routine in Steubenville. If I could just get the Aqua Lady into my car and give her a ride home, I’d be rewarded with a golden goose or a magical sack that catches demons, or perhaps a handful of magic beans. The third time I drove by the Aqua Lady would be the charm.

Then I laughed at myself for believing in fantasies.

And then I decided that I would always believe in fantasies.

I have already said here on the blog that every positive social change begins with make believe. By imagining that good things are possible, we can trick ourselves into finding ways to make them happen. So I give myself permission to make believe as much as I like.

I believe that I will someday get out of LaBelle and live in a nice house on a triple lot with chickens, koi fish, bees, a dog, children, everything I want. I will continue to do what is mine to do and the house will find me. I think it will wander along on chicken feet and sit in front of my rental house, waiting for me to break my lease and go live in it, but perhaps a tornado will drop it on top of my next door neighbor. Speaking of my next door neighbor, I believe that she is a wicked witch, and someday she will be offered a choice between two treasure chests, a small one and a large one. She will choose the large one because of her greed. The large one will turn out to be a Pandora’s box full of insects and toads and poisonous snakes who will pursue her until the end of her days. I will take the small box home, and find it’s full of gold coins, and I’ll use those gold coins to buy a house on a triple lot with all the trimmings. I’ll also buy a ticket back to Germany for the Aqua Lady, unless she’d rather stay here, in which case I’ll get her driving lessons and a car.

The worst thing that could happen is that none of these things come true.

The best that could happen is that, by imagining that good things are possible, I make good things more likely to happen.

My imagine is all full of scary things right now; I might as well try and fill it with pleasant ones. 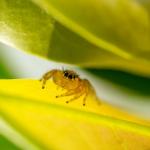 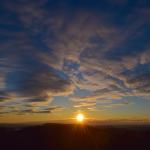