Purity, Victim-Blaming and Martyrs: What If We Told the Truth?

Purity, Victim-Blaming and Martyrs: What If We Told the Truth? July 6, 2021 Mary Pezzulo 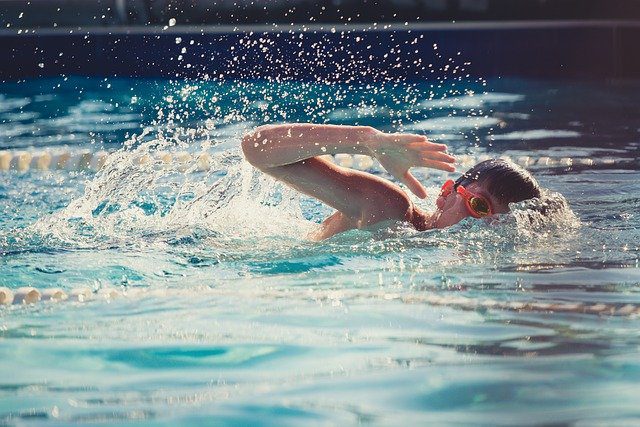 A note to my readers who are victims of abuse: I’m going to talk honestly about child abuse in this post. You might find it triggering. Reader discretion is advised beyond this point.

I took Rosie to the pool today. She wore her black and pink sneakers, jeans, and a Darth Vader t-shirt. This is her regular uniform. She just barely fits into a women’s size extra small, so I’ve bought her some plain shirts for special occasions. The rest of her clothes are a child’s size extra large. They have Transformers and Star Wars characters on them. She is too little to have a chest and has a short haircut, so everyone thinks she’s a boy until she puts on her swim suit.

Rosie is nine years old. She’ll have her tenth birthday in two months.

Saint Maria Goretti moved into the house she lived in with Alessandro Serenelli when she was nine years old– Rosie’s exact age. Alessandro’s family and the Gorettis lived in the small house together, because they were poor. Alessandro started sexually harassing Maria soon after she moved. He did it persistently for a long time. Sometimes he tried grab her.

Rosie’s swim suit is black with pink trim. She doesn’t like that because she hates pink. I keep promising to buy her a rash guard in blue or red, her favorite colors. Blue and red have been her favorite colors since she fell in love with Captain America toys when she was in Kindergarten. She only recently outgrew her musclebound Captain America costume, and donated it to the thrift store. She likes UltraMan and G. I. Joe now. She plays with them in her Barbie dollhouse.

When Maria Goretti was my daughter’s age, she had to cook and clean and take care of her siblings, because her father was dead and her mother had to work in the fields. She had no one to talk to about her pedophile housemate. Her mother was tired all the time, so little Maria didn’t want to bother her. So she kept it to herself.

Rosie spent a fun afternoon in the pool, splashing with friends. One of the boys she knows from her martial arts class was having a swimming lesson and she joined in, diving to the bottom of the pool for the still wrapped Jolly Ranchers the instructor threw. When she wasn’t having a swimming lesson, she practiced flips and handstands. During the adult swim breaks, she munched potato chips while I swam laps. But I tried to keep my eye on her. Mothers always have to be vigilant. There are weirdos and creepy people everywhere. I’ve warned Rose that if anyone tries to touch her in the places covered by that hated pink and black bathing suit, she is to run and tell me or another trusted adult. She is to fight and kick and use her martial arts training to get away from that person and tell me what’s going on, and I promise to believe her.

Maria Goretti had no one to watch out for her, because of her poverty. She had probably not been taught self defense of any kind. She had probably not been told what a child molester was. She had been taught some Catechism and knew that sex outside marriage was a mortal sin, and she took that to heart. She deeply wanted to be good. But the grown man who lived with her wouldn’t stop trying to molest her, and she was alone.

When we got home, Rosie put on an episode of Dinotrux and played games on her tablet. We’re going to go grocery shopping this evening, and she’ll surely beg for some of those gluten free s’more cookies. That’s what she thinks about: Dinotrux and The Hardy Boys, s’more cookies and bags of chips, how much fun she’ll have when she gets her COVID vaccine and is able to go back to martial arts and other indoor sports.

Maria Goretti had to think about the predator living in her house.

One day, after more than a year of abuse, the predator threatened Maria Goretti with an awl. She tried to fight him off, screaming well-meant things about how what he wanted was a mortal sin. And he stabbed her fourteen times.

She took twenty-four hours to die. As she died, she told the police everything that happened. And then, at her confessor’s urging, she forgave Alessandro. She was eleven years old.

Maria Goretti was a goodhearted and sincere girl who really wanted to be good. She tried to do what she was supposed to do, even when she didn’t exactly understand. And in the end, she forgave the pedophile who murdered her. She went to Heaven and is a saint.

How did this tragedy become a story about sexual purity?

Yes, I know the Pope said some nightmarish ridiculous things at her canonization, but why did that obvious claptrap catch on?

Why is it that we have Catholic high schools named after Maria Goretti, to encourage girls much older than she was to be chaste?

Why do chastity lecturers tell sixteen-year-old schoolgirls to imitate Maria Goretti’s sexual purity, when Maria Goretti was too young to give consent to sex?

Why is this story a story told to girls to keep them in line in the first place, instead of a story for boys on how they must not abuse girls and women?

Why can’t we tell her story for what it is: the tragedy of a sweet little girl who tried as hard as she could to be good, and forgave the monster who slaughtered her? Why isn’t she the patron saint of poor children and children who live in abusive homes, instead of the patron saint of chastity? Why aren’t there nice safe daycares for underprivileged children, food pantries and after school programs and such named after Maria Goretti and dedicated to helping other poor children lead safer lives in her memory? That would be much more in line with the life she led.

Alessandro Serenelli went to prison for his crime. One night, in prison, he had a dream about the little girl he’d sexually harassed from the time she was nine and eventually butchered with an awl. Because of that dream, he went to confession. After he got out of prison, he apparently kept a shrine to Maria in his room. He never seems to have gotten the point that he murdered a child he was trying to molest. He told people “I committed a crime of passion,” as if he stabbed his adult girlfriend for playing hard to get, which would have been terrible enough. He doesn’t seem to have ever really accepted that he killed a little girl, a girl he remained obsessed with until the day he died.

I am seeing people portray this deeply disturbing story of a sick man’s lifelong obsession with a child as if it’s somehow heartwarming. I even saw one Catholic reporter refer to Serenelli as the one who “caused her to be a saint.”

Goretti was a saint because of who she was, not because of what a man did to her. If he’d raped her every day from the time she was nine, instead of just asking to do it, she would still be a saint.

What if we all started calling things what they really are?

What if we all had the courage to tell the truth?

What if we said without beating around the bush that Maria Goretti was murdered for resisting molestation, Saint Dymphna was murdered for resisting incestuous molestation, Saint Charles Llwanga and his companions were murdered for resisting a pedophile as well? What if everyone knew and accepted that the “Virgin Martyrs” of ancient Rome were raped and sexually tortured in their martyrdom, and God didn’t think any less of them for dying with their hymens not intact?  What if we emphasized that these saints showed heroic virtue in the way they endured the most atrocious violence, and not because they hadn’t been penetrated? How would that change the way we view the saints? How would it change the way we treat one another if we stopped blaming victims and told the truth?

Rosie is turning ten in September.

She’s going to receive her First Holy Communion sometime this year– it was put off at first because we didn’t have a car to get to the parent meetings the parish required, and then again during the COVID pandemic. Before she receives Holy Communion she’ll go to confession. She knows the difference between a sin and an accident. She knows that sins are things that you choose. Being the victim of someone else’s bad choice is not a sin. It can’t be.

I don’t know how to tell her about Maria Goretti, and some people’s odd notions of sexual purity.

I don’t think I’ll bring it up. Rosie is nine years old. She’ll be ten in two months. She’s a good girl who wants to do good things for others. She knows the difference between a sin and something that’s done to you without your consent. She knows that nothing another person does to you is your fault.

I want her to remain firm in that knowledge.

It hurts to live in a culture where she might learn a very different lesson.

July 7, 2021 Please Help Me Fix the Neighborhood Trolley
Recent Comments
0 | Leave a Comment
"The Sacramental value of the Eucharist is quite clear.The Sacramental value of Confession is much ..."
alwayspuzzled On Harassment and Spiritual Abuse in ..."
"I would give anything for confessors who just listened to my number & kind, absolved ..."
Erica On Harassment and Spiritual Abuse in ..."
"So true that there are certain moments when we understand that we don't understand anything, ..."
Katherine Nielsen And Now We Are Mothers
"Very, very powerful. Among your many fine posts over the years, this is one of ..."
alwayspuzzled I Saw Two Gospels
Browse Our Archives
get the latest updates from
Steel Magnificat
and the Patheos
Catholic
Channel
POPULAR AT PATHEOS Catholic
1