The Noisy Time of Year 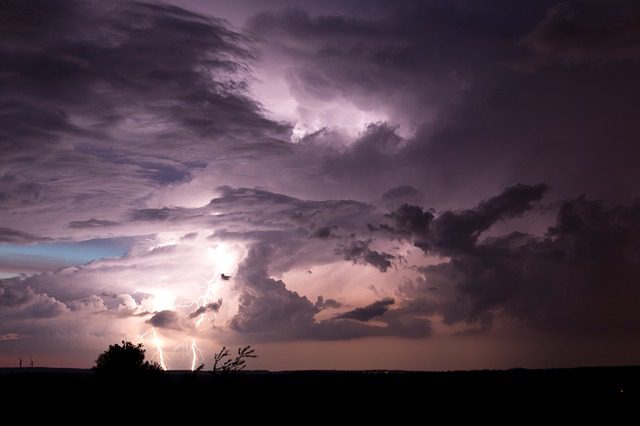 It’s been awfully noisy around here.

The annual two weeks of backyard fireworks have started in LaBelle.

I usually enjoy watching a good fireworks display, legal or not. But this year it’s a bit unnerving. There was another shooting this week, after all, and there’s been nothing else on the news about it except that it happened. They caught the person accused of murdering Tink, but neighborhood gossip says he didn’t act alone– that he was too addled to do something like this unless other people dared him to do it and egged him on. And those people are still free. That’s worrying. So every time I hear a pop or a bang in the evenings, I jump. I am too tired to get good and frightened, but I jump.

Next door the house is, amazingly, still being painted. I’ve never heard of a painting project for a house that small that takes more than a month. They come to the house and clank their ladders and talk and laugh for hours every day that it’s sunny. The menacing neighbor comes out and screams and rants at them a mile a minute, words spilling out of her mouth like machine gun bullets, and they laugh politely.  I wonder if they’re taking such a long time on purpose, to fleece the poor addled old woman for the maximum amount of money. I wonder if they know they’re not getting paid at all, because she’s dying. I wonder if her next of kin who never visit anymore know that they just might inherit a ten thousand dollar LaBelle derelict with a lien on the estate. I can’t decide who is the nastiest character in this story I’m telling myself.

The anxiety and panic she induced in me weeks ago have tapered off, leaving me numb.  I’m barely scared of her anymore at the moment. I can’t work up a feeling of sympathy either just now, even though I know her situation is tragic. She’s exhausted my brain for too long for me to muster any strong feelings. I am only tired and cross. I am too tired to write, and I’m sorry for all the silence lately when I ought to be working. Too tired to paint icons or say my prayers. Too tired to think of anything to cook for dinner. Too tired to take pleasure in the container garden I’m hiding from the neighbor on the opposite side of the house. Too tired to play action figures with Rosie.  I’m numb, and then I’ll hear a firework and jump up in shock, and then I’ll feel numb again.

I take Rosie to the grubby city pool when we have some admission money, and to the nicer pool in the next town when we have more money, and to the lake when we don’t have money at all. She splashes with other children while I swim laps. Laps are an excellent exercise when your brain is tired but your body is not. Swimming is more refreshing than sleep when I feel this way. If only I could swim for twenty-four hours instead of coming back to LaBelle, I might recover from this exhaustion.

A few nights ago, one of the Baker Street Irregulars went missing. It was The Boy, the one who goes to play at a friend’s house and then wanders off. He’s always doing this, but usually not so late at night. His dear grandmother came to our house at ten o’clock in tears, asking if he’d been here.

“He’s a good boy,” she insisted to me, as if I’d think he wandered off on purpose.

“Of course he is. He’s probably just fallen asleep somewhere. You keep looking here, I’ll drive up and down every block to see if I see him.” And I did.

I drove around LaBelle for an hour, up and down the one-ways and sometimes in the alleys, too numb to feel properly frightened, looking for any sign of a little lost boy.

Driving up and down one-ways is a bit like swimming laps. It’s that same weird combination of rote activity and having to stay aware– so the brain gets a certain type of rest and a certain type of exercise. All the while I prayed litanies to every saint I could think of, but all the while I thought “he’s fine. He’s just fallen asleep somewhere,” and felt nothing.

There was a loud bang as I drove by Maryland Market where Tink used to beg for spare change, about a block from where he was murdered. I cringed, but then I saw the trail of sparks. Someone was shooting off fireworks. The rocket zipped up into the air where it burst, somewhere out of view. A small crowd of people cheered, and then another one went off.

They were in the middle of the intersection.

The person putting on the show would run out into the middle of the four-way stop, light a rocket, scramble back to the steps of a derelict building on the corner, and wait. The rocket would go off, and the small assembled crowd would applaud, and then he would do it again.

I scanned the crowd for The Boy, but he wasn’t there. I drove on, over the ashes of the last firework, trying to glare pointedly at the person lighting pyrotechnics in the middle of a road, but he couldn’t see me in the dark and wouldn’t have cared if he had.

I drove all the way to Belleview Park, and got out and looked for The Boy. The park was quite empty and eerily quiet– so quiet, it felt like Heaven. I wanted to forget all about The Boy and camp out there overnight. I could see a cold front coming in across the old quarry at the edge of the park: the sky was black overhead, with a few stars visible where the light from the baseball fields didn’t drown them out. To the west of me, out beyond Wintersville perhaps, was a line of lavender and rose-colored clouds, thick as a blanket. The clouds were alive with an electrical storm, flashing and sparking every moment; lightning snaked through them, but they were too far away for me to hear the thunder. I heard nothing at all.

It looked impressive, but I didn’t feel impressed. I didn’t feel frightened. I just felt tired, and relieved at the odd lack of noise.

“The boy is probably asleep somewhere,” I said to myself.

I got back in my car and drove up and down LaBelle again, past Tink’s memorial and up to the rich neighborhood where all the lights were already out, then down through the slums. I went past Maryland Market and watched another clandestine fireworks display.

Finally I saw that the lights were off in the Baker Street Irregulars’ house, which meant she was home and putting the children to bed, a good sign. I drove home, where Michael had just said good-night to the Baker Street Irregulars’ grandmother. Her tears had turned to tears of joy. She had found The Boy after all. He was fine; he’d just wandered off and perhaps fallen asleep somewhere. I still haven’t gone over to see her and ask for the whole story. I only know that she left me a note on Facebook thanking me for helping her as if I was a hero, when I’d done no good at all.

The storm blew past us without breaking overhead. But it was so cloudy and cool the next day that the workmen didn’t come to the neighbor’s house, so it was quiet. And the next day it finally rained, so the fireworks all but stopped and it was very quiet, quieter than it’s been in weeks. It has been quietly raining for two days now. I should have gotten back to work, but I’ve been drowsing and wishing I could go swimming for 48 hours. I’m still not really awake.

That was what I was doing when I should have been writing. I apologize for all the writer’s block.

I’ve been exhausted from all the noise, but it’s quiet now.

I hope it stays that way.

June 28, 2021
A Word on the USCCB, Who Want To Teach Us About the Eucharist
Next Post 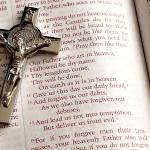 July 2, 2021 A Lesson from the Baltimore Catechism, In Light of Recent News
Recent Comments
0 | Leave a Comment
Browse Our Archives
get the latest updates from
Steel Magnificat
and the Patheos
Catholic
Channel
POPULAR AT PATHEOS Catholic
1