On Witches and Worship 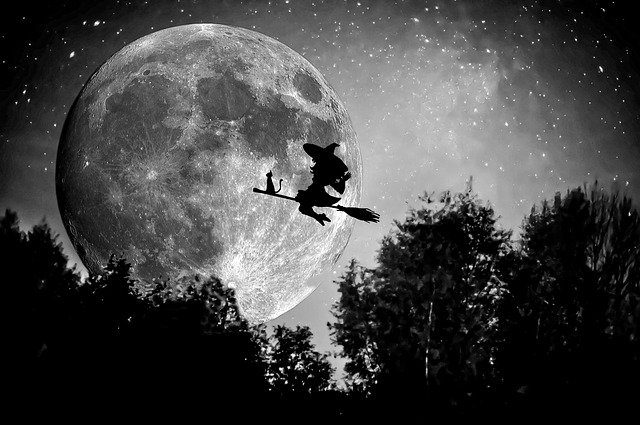 I saw one of those scary comments about “witchcraft” today.

If you were raised in the Charismatic Renewal, you know the kind of comments I’m talking about.

This one was a priest who was trying to do something good, to tell people that it’s okay for Catholics to read fantasy novels and play role-playing games. I’m glad he got that much right. But then he said “Real witchcraft calls upon the preternatural power of demons to make concrete change in the world. Sometimes magic actually works. If it never had any effect, if it was all just a sham, the Church wouldn’t be so cautious about it.”

And in the moment I read that, I was back in my childhood, in the Charismatic Renewal. Charismatics are terrified of witches. My mother used to make us pray a Hail Mary every time we drove past a building where she claimed “witchcraft” was being taught. I don’t know what was actually being taught in that building, but she truly thought it was a school for witches. “Witches are weird, crazy, wacko women who want to worship the devil,” my mother explained, and we were saying a Hail Mary in atonement so the Blessed Mother wouldn’t cry. But the Hail Mary also felt like protection, a ward I was casting up so the devil worshippers wouldn’t hurt me.
We often prayed Hail Marys and even entire Rosaries against the people who worshipped the devil, just in case their magic actually worked.

We barricaded our entire lives against the devil, and against witches. I’ve already written about the time my mother canceled Halloween because she’d read that Jack-o-Lanterns were a beacon to attract witches, with comical and less than comical results. We weren’t allowed to watch “Bedknobs and Broomsticks” or dress as witches for Halloween. We weren’t allowed to to read books with witches in them with a few glaring exceptions– folktales where the witches were the bad guys, sometimes. Certainly C. S. Lewis who was Christian and the next best thing to a Catholic. But any fantasy books that pinged my mother’s Charismatic radar for “witchcraft” got sent back to the library unread. Some other people in my Charismatic community took it even further. Once a fervent woman led a picket of the local public school because they were reading Roald Dahl’s The Witches in the fourth grade. Once this same fervent woman stole books from the public library and disposed of them, so that children wouldn’t be led into “witchcraft” and the worship of the devil.

I absorbed the toxic superstition of the Charismatic Renewal until I was terrified of everything. I would repeat Hail Marys under my breath to bounce away the devil in case there were any witches around. That was a major manifestation of my obsessive-compulsive disorder in my teenage years: the inability to stop reciting Hail Marys on a loop and an aversion to touching any object that looked too much like a witch had been near it. I used to carry Holy Water and blessed objects to repel any scary spooks nearby and soothe my OCD– which is itself a superstition, of the kind that witches were said to practice.

I still don’t like to pray the Rosary, because it flashes me back to the horror and panic of being Charismatic.

I was an adult and had already run away from home when I found out that actual witches don’t worship demons. They pray and perform rituals, similar to the rituals I practice as a Catholic.  But if a demon happened to try to get involved, insofar as they believe in demons, they would be as wary of that demon as a Christian would.

Right now, my best friend is a witch.

She lives in Columbus and I visit her often. She has studied Christian theology and loves it. She has an icon of the Virgin Mary in every room of her house. She prays outdoors by a bonfire during the full moon. She knows about herbalism and other folklore, and she uses her knowledge to help people. She is always helping people. She believes the best way to worship God is to be constantly busy helping people. She and I are working together to build an outreach in her neighborhood, neighbors helping neighbors. We’re going to build a free pantry and a menstrual supply station. Someday we want to have a community garden and the non-denominal version of a Catholic Worker House to help as many people as we can. It’s something I’ve always wanted to do, the best way I can think of to spend my time, and she agrees with me.

When I am having a panic attack or a flashback, I often make my way to the computer and send a message to my friend.

She writes back, calmly counseling me. She usually has a Bible verse or two, which help immensely.

Things that are the opposite of loving are from the devil. But the devil isn’t some all-powerful mirror image of God. The devil is an echo of an arrogance, an anger and a sulkiness from eons ago, still arrogant, angry and sulky to this day. The devil is a resentment, constantly biting his own tail and wishing that all creation would do the same. The devil is a nothing that would like to make all of us nothing. The devil is irrelevant and would like it if we wasted time on irrelevancies.

When people act out of love, we give appropriate worship to the One True God. When we act out of panic and try to instill fear, we play into the hands of God’s enemy. And that’s true whether we call what we do prayer or magic.

My friend and I serve God.

The Charismatic Renewal wasted its time thinking about the devil.

Make of that what you will. 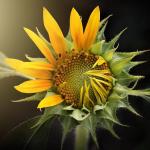 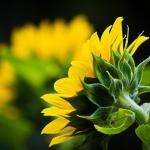 July 27, 2022 A Different Kind of Grief
Recent Comments
0 | Leave a Comment
"Very, very powerful and insightful. Thank you.Your grandmother is interesting. She will pay you as ..."
alwayspuzzled In the Family of Things
"What got me reading HP was episode 15 of series 6 of The Big Bang ..."
James C. On Witches and Worship
"I'm talking about the baby on the AIDS quilt. Who did she have sex with ..."
Mary The Day Your Child Comes Out
"No one. I understood she fell into a well."
Roach Scientist The Day Your Child Comes Out
Browse Our Archives
Related posts from Steel Magnificat 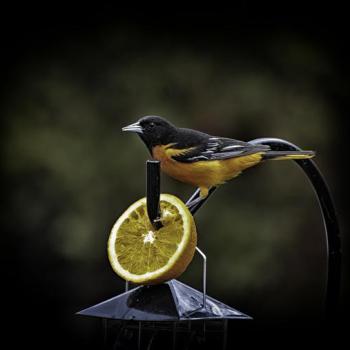 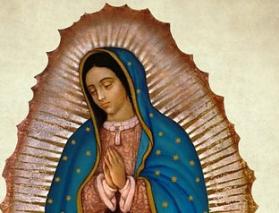